The newly retired Presbyterian minister ‘proud’ to deliver annual Bloody Sunday lecture, something that would have been 'unthinkable' years ago 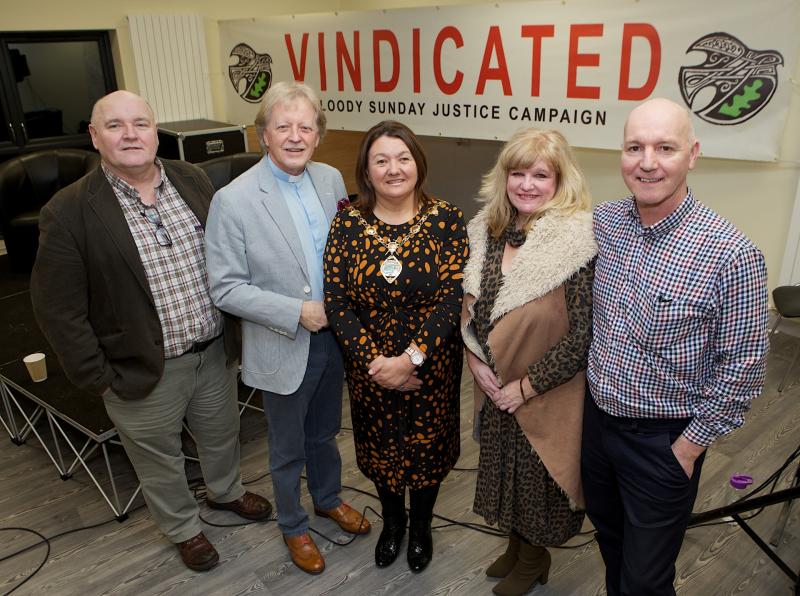 The Reverend Dr David Latimer delivered the Bloody Sunday annual lecture in Derry over the weekend during which he said people from the unionist community are "still in denial" about the events of Bloody Sunday.

It took place in the North West Disability Centre as part of a programme of events to mark the 48th anniversary of that fateful day in Derry’s history.

Rev Latimer of the First Derry Presbyterian Church is one of Derry's most well-known clergymen who has just retired after 32 years’ service.

He came to prominence in the last decade through his friendship with Sinn Fein politician and former IRA man Martin McGuinness.

In attendance on Friday night were some Bloody Sunday families, Ballymurphy families and McGurk’s Bar families who have stood in solidarity with each other over the years.

Event Chair Paul McFadden said the choice of Rev Latimer had been described as “bizarre” in some quarters and it would prove to be either the worst, or best, casting imaginable.

During the event Rev Latimer described how his unlikely friendship with McGuinness drew harsh criticism from members of his own congregation with many leaving in protest.

Embracing Sinn Féin leaders at the party’s ard fheis in 2011 and reading a eulogy at McGuinness’s funeral attracted further criticism, particularly from within the ranks of the Orange Order.

Addressing the events of Bloody Sunday, he said at the time there were those in his own community who believed the British army could do no wrong, and today “people in the unionist community are still in denial, and they can’t accept the army opened fire, even those in my own church.”

His friendship with McGuinness began following an attack on his church when he appeared on Radio Foyle to highlight the issue and appealed for help from a man with “authority”.  When pressed to say who he was referring to, he said ‘Martin McGuinness’, and walked out of the studio.

Sinn Féin contacted him immediately afterwards and a meeting was arranged.

Scones were baked, butter was donated from the former Tower Hotel and Martin McGuinness made tea on arrival.  “We talked, and when I look back it was a beautiful moment in my life,” Rev Latimer recalled.

“Here I was with a former IRA leader and me still with a British army uniform (he was an army chaplain).  You couldn’t make it up, but we talked like two people from the same street.

“We just clicked, I never thought we would go on this journey together.”

Mr McFadden remarked that when news broke the Reverend must’ve “got some s***”.  In response he said: “I still have resistance in my church but you have to ride the waves.”

After questioning whether the unlikely friendship was damaging his church, he was reassured when an older member of the congregation said, “if you hadn’t reach out it would be closed”.

He noted that some of those “professing to be evangelical” have been strongest in their opposition - “I wonder what book they are reading,” he added.

The death of Mr McGuinness had a profound effect on him.  “I’ve been a clergyman for 38 years and I can’t remember any time there has been a greater impact on me than when I was on the intensive care ward with Martin.

“His voice was weak.  We were two men holding hands, cheeks touching and engaged in a conversation that was ordained by God.  I’m not one for halos and auras but there was something in that room around Martin’s face and head that astounded me and delighted me.

“I felt as if I was on the threshold of heaven.  At some point in the future I will bump into him again.”