“It is inspiring if somewhat concerning that Creggan Enterprises was required to self-finance this crucial capital project.” – Cllr Donnelly 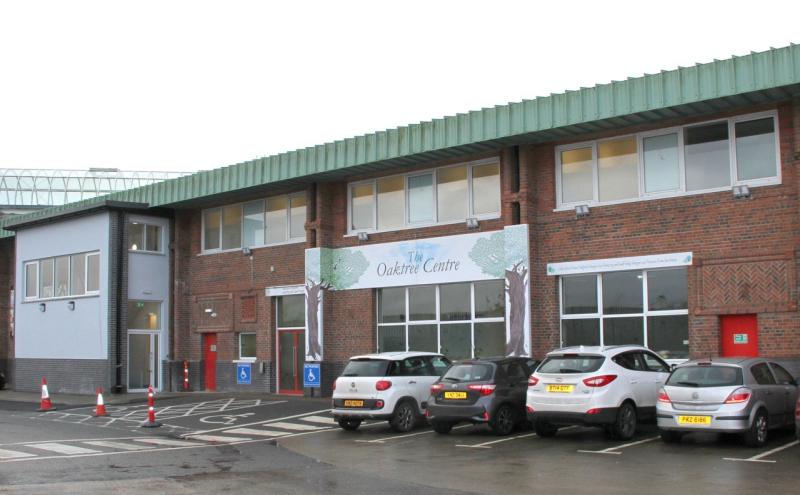 Entrance to the new medical practice at the Rath Mor Centre

Local representatives have welcomed the new Creggan medical hub and said it will go some way to correcting “health inequalities” the community has faced for decades.

Independent Councillor, Gary Donnelly, who lives in the Creggan area said it is a “vital and important” development for the community but also expressed his concern that the project received no financial support from the government or local authorities.

“It has been four decades since Creggan has had direct and convenient access to dedicated professional health care services on its doorstep. I would commend Creggan Enterprises, a local charity and social enterprise, for their vision and commitment to delivering on this much needed community service.

“And it must be noted that despite the constant state and media focus on Creggan, and the clearly articulated need for investment in communities like Creggan – it is inspiring if somewhat concerning that Creggan Enterprises was required to self-finance this crucial capital project.”

Cllr Donnelly added: “It is indeed concerning that this much needed, innovative project did not receive financial support from any local authority, government body or department – despite the massive health inequalities facing the inhabitants of this community.

“It is my understanding that the new state of the art facility will provide not only GP provision but also a dedicated MDT service, which will help address many of the physical and mental health needs of this growing community.

“I wish the project every success and I am sure that it will generate enormous health and well-being benefits for the people of Creggan and beyond.”

Sinn Féin Cllr Tina Burke welcomed the facility as a “great addition” to community infrastructure within the area.

“It is timely because we are actually in the middle of the Triax mental health week which is where all organisations are trying to promote services within the area.

“I’d like to say well done to Creggan Enterprises in leading it and for pushing forward with the initiative, it’s a much needed service and it’s great that we will have it here in the middle of Creggan.”

Local health spokesperson for the SDLP, Mark H. Durkan described it as a “very positive development.”  He added: “It’s well accepted that the best way to deliver health care is by providing services in the community.

“It brings services closer to people and reduces pressure on our hospitals at the same time.  It’s vital that these services are accessible to people, whereas in the past we have seen huge difficulty in accessing some services, particularly in the area of mental health.”

Meanwhile, People Before Profit Cllr for the Moor area, Eamonn McCann, enthusiastically received the hub saying: “It brings the provision of medicine and health care closer to the community.

“It will make it less stressful for people going to seek basic medical treatment.  At times services like medical centres and post offices have been seen to desert the community so what’s happening in Ráth Mór, which sits in between the Bogside and Creggan, will benefit the entire community.

“We have to create a healthy environment for people in terms of air quality and so on but also create medical facilities for those who fall ill.  It’s the type of development People Before Profit and I would welcome.”

Commenting on the 50-year gap in medical provision in Creggan, he added: “It’s a bit of a paradox. It’s no surprise but all statistics would show that the poorer a community is, when inequalities exist in a community, then the more likely you are to have medical problems.

“So, it’s important that health provision should be as close as possible to those most likely to need it.”