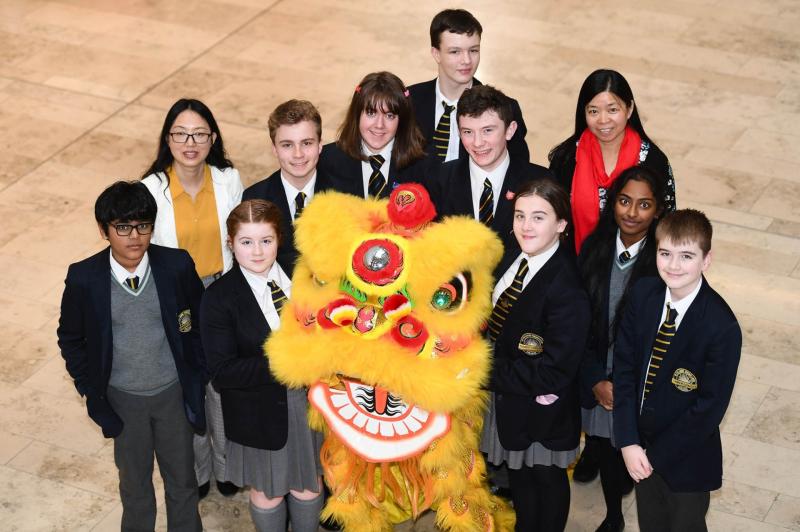 Pupils from Lumen Christi College who competed in this week's competition.

Pupils from a Derry college travelled to Belfast earlier this week in a bid to named the North's best Mandarin Chinese speakers.

The students from Lumen Christi College were taking part in the Belfast heat of this year’s British Council Mandarin Chinese Speaking Competition, which is supported by the Confucius Institute at Ulster University.

They competed in both the Group Performance and the Individual Language Ability section – with Anitta Sibin taking part in the Beginners’ Category and Leo Doherty in the Intermediate.

The winners  will be announced next month after all the UK heats have been completed, and they will be put forward to the final in London in February 2020 with the overall winner winning a fully-funded educational and cultural visit to China.

Last year, talented Derry pupil Eve Flood from Thornhill College, went on to win the Beginners’ Category of the UK-wide final, winning a week in Beijing.

The competition aims to encourage interest in Mandarin Chinese language and China's culture, with Mandarin ranked as one of the most vital languages to the UK over the next twenty years.

This is the third year the competition has taken place in the North and saw entrants from both groups and individuals, with abilities ranging from beginner to advanced.

“Congratulations to all of the pupils from Lumen Christi College who took to the stage today speaking in Mandarin. Like last year, the standards during today’s heat were very high and we hope again to see some of the students in London for the UK final.

“This competition allows pupils to demonstrate the hard work and effort they have put into learning Mandarin. It’s really important that more young people have the chance to learn languages such as Mandarin, which provides an important insight into different ways of thinking and living. Languages open up exciting study, travel and work opportunities in our increasingly interconnected world.”

The national final of the Mandarin Speaking Competition will take place in London on 5 February 2020.