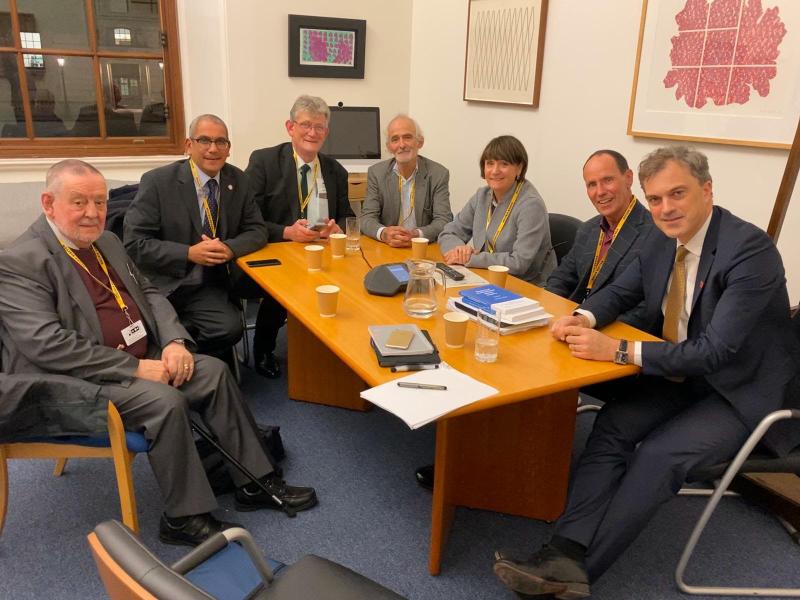 Victims of historical institutional abuse have this week welcomed legislation that will finally recognise the suffering they experienced in care homes as children.
On Monday, appeal court judges ruled that Stormont's Executive Office had the power to compensate institutional abuse victims in Northern Ireland.
More positive news emerged on Tuesday when MPs passed the long-awaited legislation that will provide redress to victims.
The new legislation will now trigger the establishment of a redress board, comprised of judicial and lay members, to compensate victims of HIA in Northern Ireland.
It will also create a statutory commissioner who will act as an advocate for those who were subject to abuse, ensuring the co-ordination and availability of services to victims and survivors.
It had been feared time would run out to pass the bill before Parliament dissolved on Tuesday night.
But it was fast-tracked through the House of Commons in just over an hour and received Royal Assent to become law.
Opening the debate in the Commons on Tuesday, NI Secretary of State Julian Smith said the bill was the first of its kind in the UK, in terms of how abuse survivors should receive redress.
Mr Smith acknowledged that prior to his death in July, Chair of the historical abuse inquiry Sir Anthony Hart, was “perplexed by the slowness” in progress.
Later that month, the British government committed to introducing legislation and the Bill was included in the Queen’s speech.
“I hope that this Bill will give some comfort and hope to victims of child abuse from across our country,” Mr Smith said during his speech.
The SoS thanked Sir Anthony Hart and his team for their tireless work, along with the NICS, local politicians representing victims at Westminster such as Lady Hermon and leaders of NI political parties.

In response to questions, he estimated that over 5,000 people are eligible for redress and has urged them all to apply without delay. The conservative MP said swift payments will be made after the passing of legislation, with provisions for a £10,000 acknowledgement payment to eligible victims.
The Redress Board will also be able to prioritise the elderly and those in ill health.
Most of all he paid tribute to Survivors (North west) and other victims’ groups who have relentlessly campaigned for redress. Mentioning Derry man and Chair of Survivors NW Jon McCourt specifically, he said: “At each meeting with the victims at Stormont House, I noticed that Jon McCourt had a small battered copy of the Hart report laid on the table in front of him.
“There was huge hope and trust placed in that copy of his report that there might finally be acknowledgment for what he and his friends had done to them as children.
“Jon has held that copy of the report close, gripping it tightly for three years long years, meeting politician after politician, civil servant after civil servant, anyone who could make a difference in getting redress.
“The battered copy of Jon’s report, once very blue, now faded. That report contains the grimmest details of the twisted blows laid on the hope and innocence of the children taken into care in Northern Ireland at different times over much of the 20th century.” 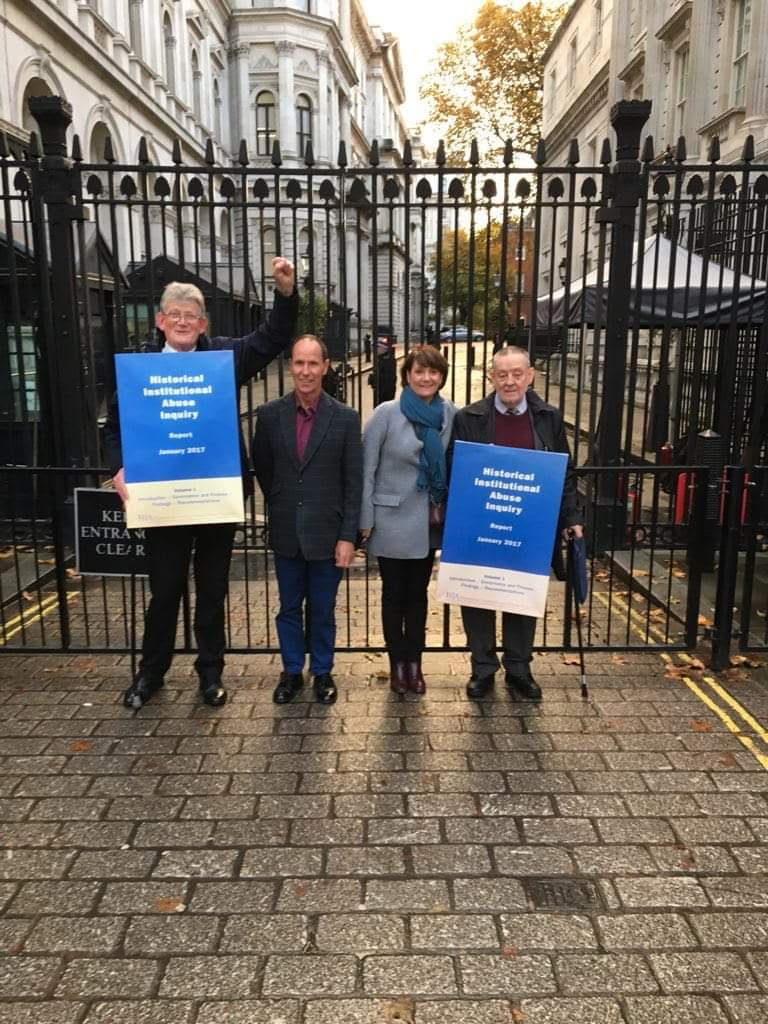 It details, he said, how the Kincora Boys’ Home in Belfast was “completely captured by three child abusers” for the same number of decades leaving them free to sexually abuse the same boys they were supposed to protect.
He referenced those affected by the child migrants’ scheme and the profound impact it had on children, now grown, who wondered what it would be like if they had a family. Reading a victim statement, his voice breaking with emotion, Mr Smith said: “I never got the chance to find out because I was sent to Australia, we were exported like baby convicts.
“It is hard to understand why they did it. I still cannot understand why I was taken away from a family, I never got the chance to know.”
The statement concluded: “I have a nightmare every night of my life, I relive my past and I’m happy when daylight comes.”
This man, 75-years-old, when he gave evidence to the historical inquiries teams in 2013, died before he could sign his statement.
The report also detailed how the Sisters of Nazareth assaulted girls in Nazareth House, in one case slamming a girl’s head off tiles which left her with hearing problems.
It outlines “failure after failure” by statutory authorities and the government to show basic levels of care and follow-up on children sent thousands of miles away.
Labour MP Stephen Pound praised Julian Smith for making one of the most “powerful” speeches he’s ever heard at Westminster and for “speaking from the heart and a deep humanity”.
He put on record the government’s determination that nothing like this should ever happen again.

Speaking to the Derry News yesterday, Jon McCourt was in a buoyant mood but he said it “wasn’t something to celebrate” because the years victims were forced to wait have “taken the celebration out of it”.
He was in the House of Commons public gallery along with other victims on Tuesday as Secretary of State Julian Smith made his long-awaited speech.
Jon explained that at a meeting on Monday evening Mr Smith wasn’t prepared to give any assurances that the Bill would be brought before the House as he had to await confirmation himself.
However, shortly after that meeting Jon received a message that he and other victims had waited a lifetime to hear.
The Redress Bill would be included amongst parliamentary business and legislation passed to recognise the pain and suffering they endured as children - some of their friends sadly did not live to see it.
The Derry man was touched by the words of Mr Smith and respected the “very real” emotion displayed during his speech.
Mr McCourt expressed his gratitude for the support he has received from politicians over the years, particularly Martina Anderson who has been by his side since 2009 and regularly speaks to him on the phone, and Lady Sylvia Hermon who has been “absolutely amazing”.
Yesterday, Jon was fearful he had lost his treasured copy of the Hart Report and the House of Commons speech presented to him by the SoS but thankfully it was quickly located in the back of a taxi.
After all, both documents contain more than just words to him, they lay out harrowing details from his past, tell the story of lives lost without ever receiving justice and illustrate the long arduous journey survivors have endured to finally see the state right its wrongs.