Rate of Covid cases slows but progress being made

The rate per 100K for half of the county's postal areas is now in double figures. 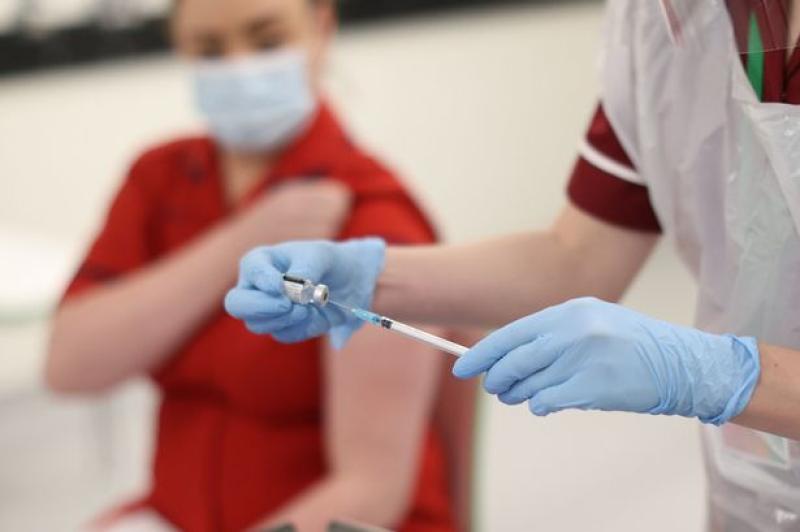 Covid rates in County Derry have fallen for the fourth consecutive week, but figures show the decline is slowing in pace. 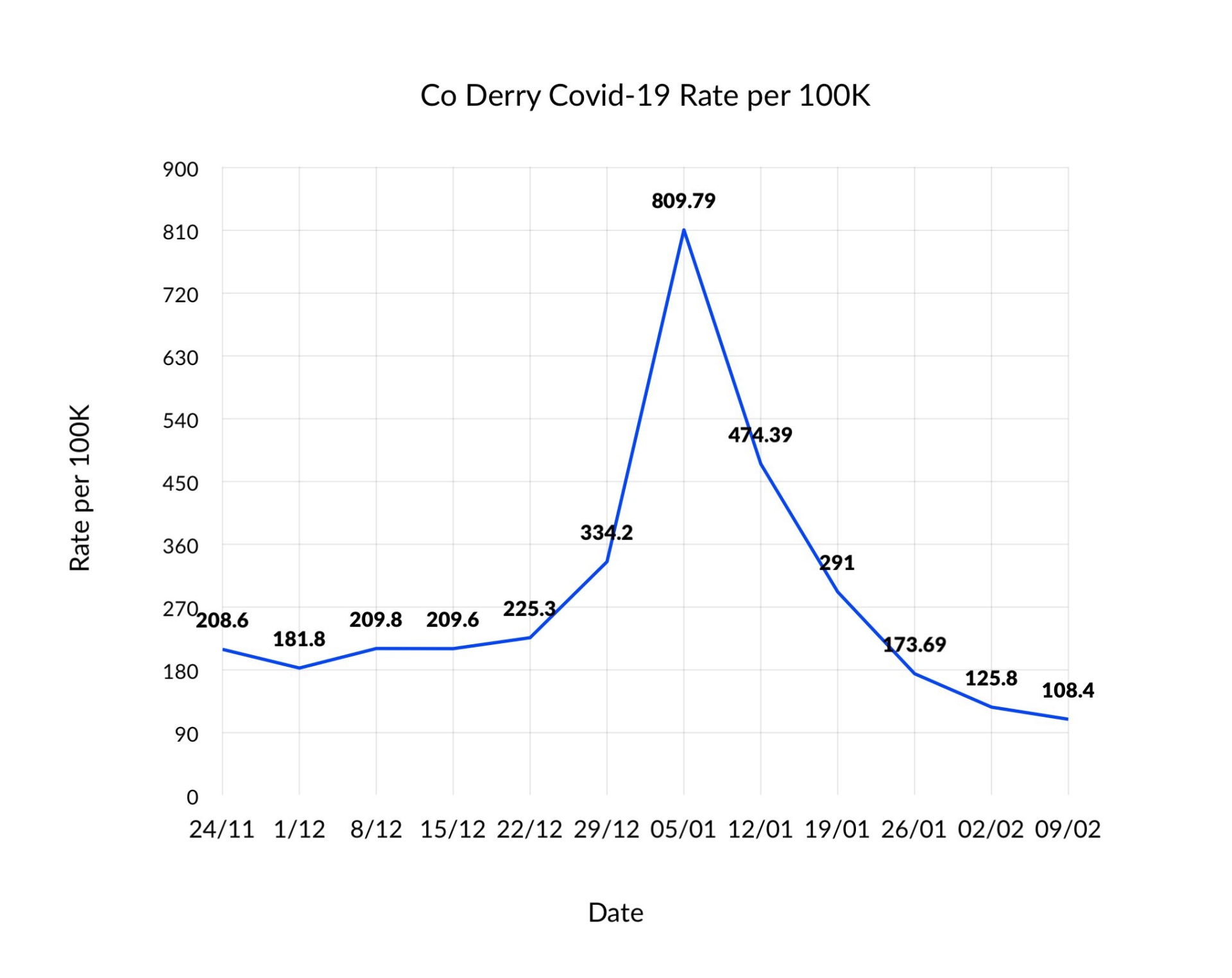 Magherafelt and Maghera continue to hold the highest rate per 100,000 people, with 187.0 and 166.7 respectively, while Portstewart remains lowest at 36.5.

The sharpest decline in cases was found in Limavady's BT49 postal area, where the number dropped by 50%.

Just two postal areas, BT55 and BT47 saw an increase in cases over the last week, with the Dungiven/Waterside area seeing a 6.7% rise. 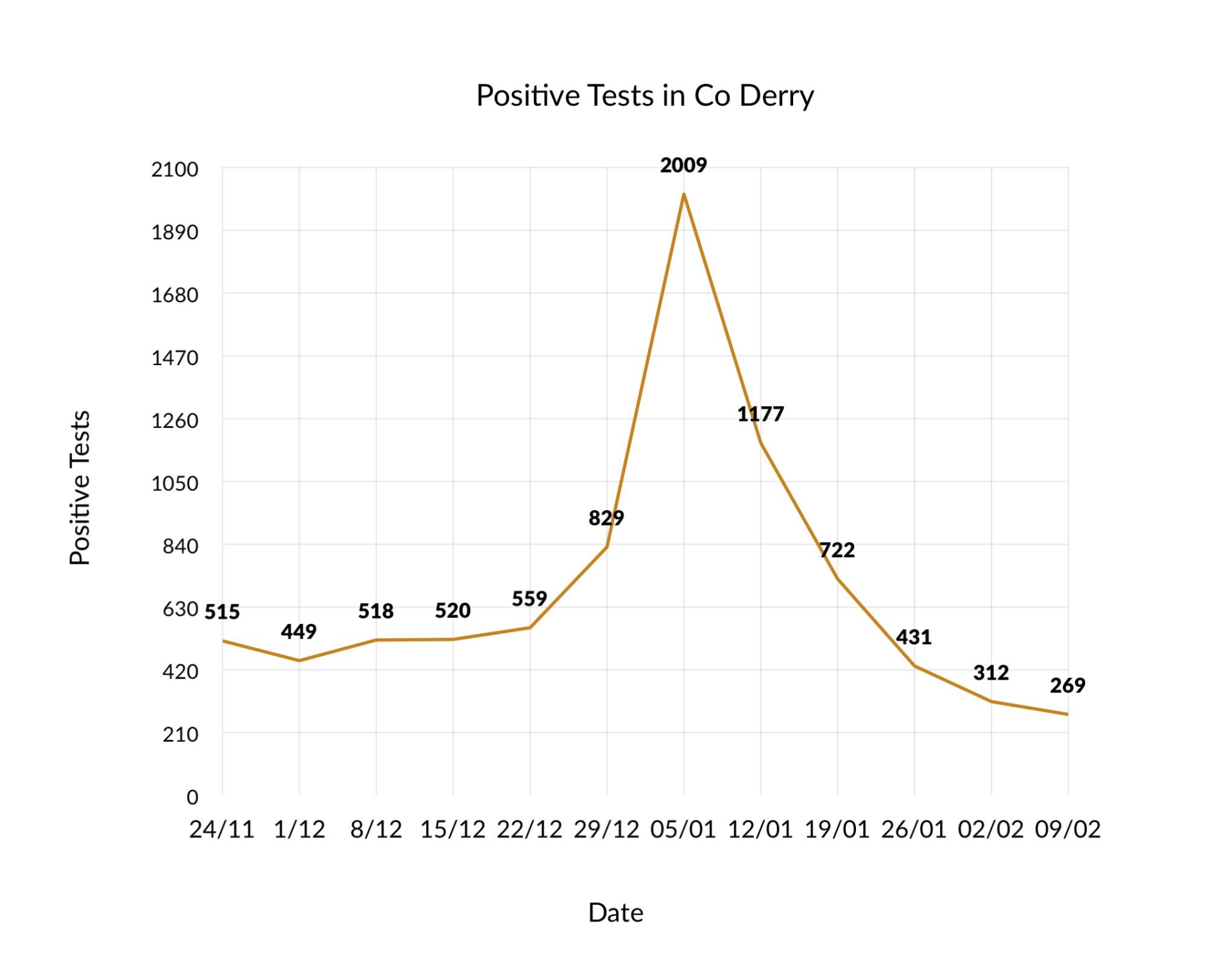 There was a further fall in the county's percentage of positive tests, with the figure falling to 6.9%, also below the overall NI figure of 7.4%.

Twelve Covid-related deaths have been recorded across Derry's three council areas over the last seven days, a redution on the previous week's total of 25.

The highest death toll came in Causeway Coast and Glens, where seven people died, while there were three Covid-related deaths in Mid Ulster and two in Derry City and Strabane. 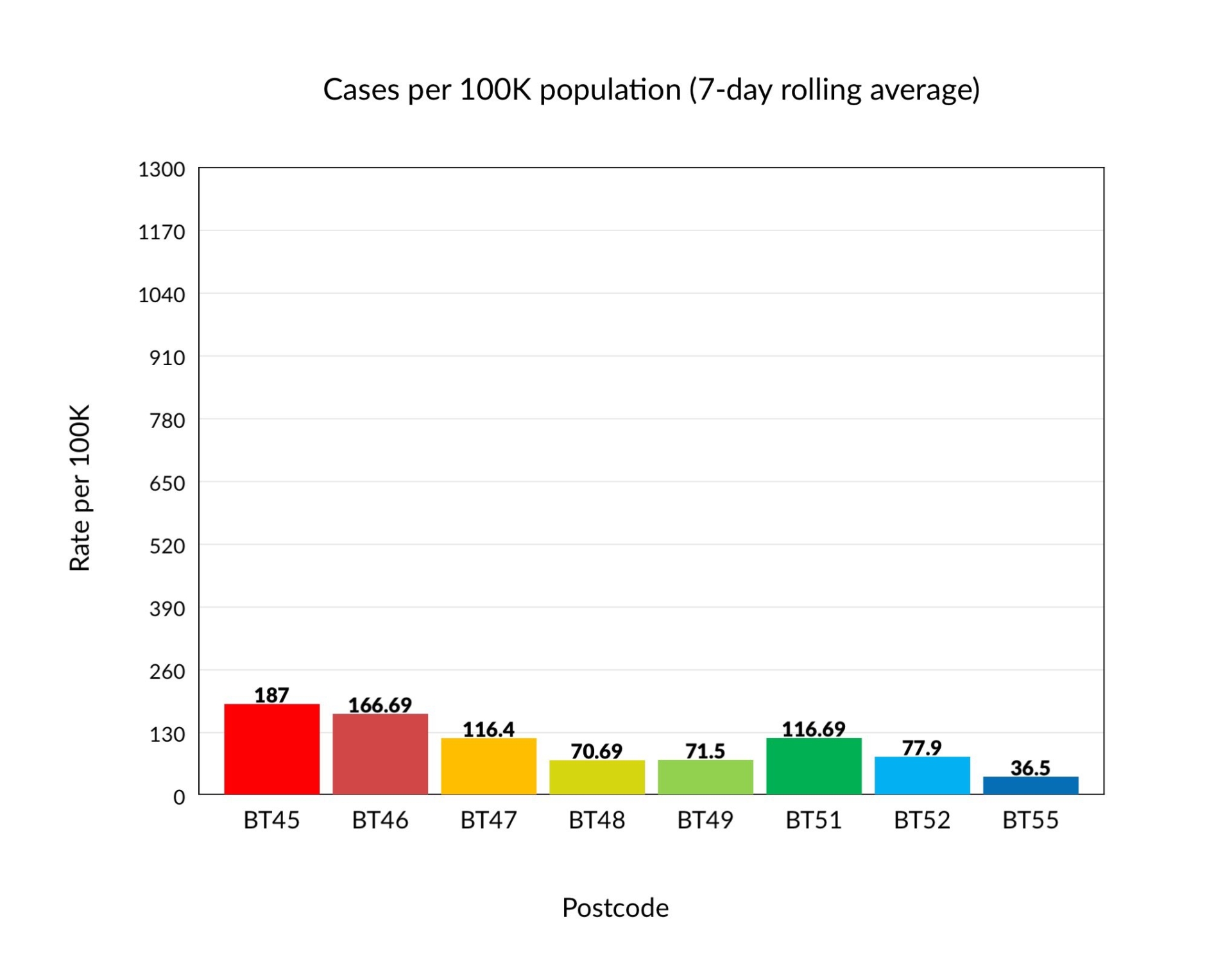 A total of 598 patients are currently being treated for Covid-19 across Nothern Ireland's hospitals. 66 of these are being treated at Antrim Area Hospital, 36 at Altnagelvin and four at Mid Ulster.

A total of 330,941 people have now received a Covid vaccination in Northern Ireland. The figure represents just over 16% of the population, with 303,478 first doses and 27,463 second doses administered.

Health Minister Robin Swann, however, has warned against any complacency.

“I would also strongly urge those that have been vaccinated to continue to follow the public health advice as they did before,” he said.

“It can take several weeks to build immunity and the added reassurance of protection against the virus is not the same as invincibility. 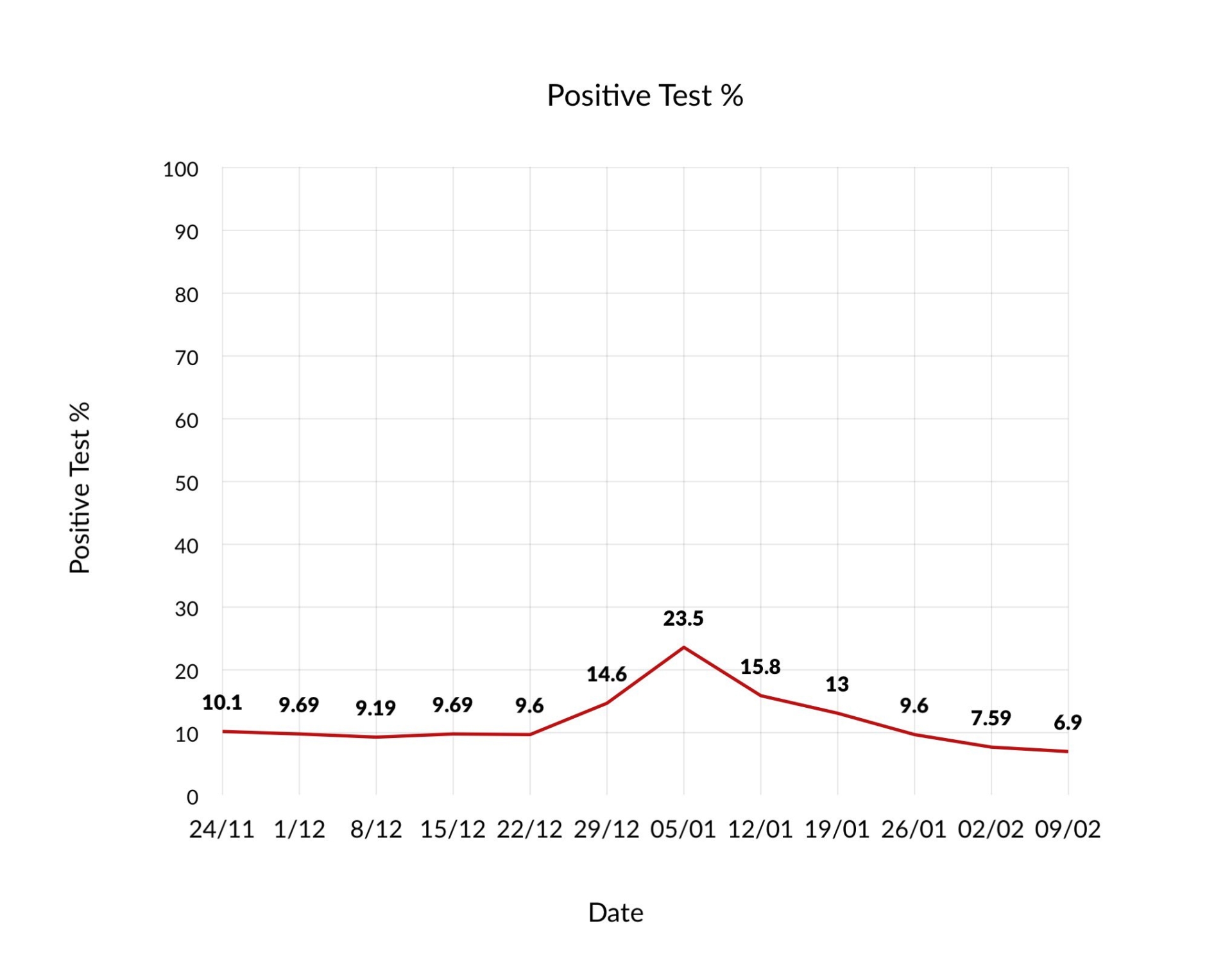 “The more we push down infection rates, the more we can ease pressures on our hospitals and build a solid foundation for better times.

“I know it’s tough, I know we all want this to be over. But we need to stick to the course in this vital period.

“The vaccination programme gives us hope that the sacrifices we are making will be worth it.”