The Rapparees toe-tapping over to An Carn

Folk band The Rapparees are crossing the Bann this weekend for a highly anticipated gig in Tirkane. 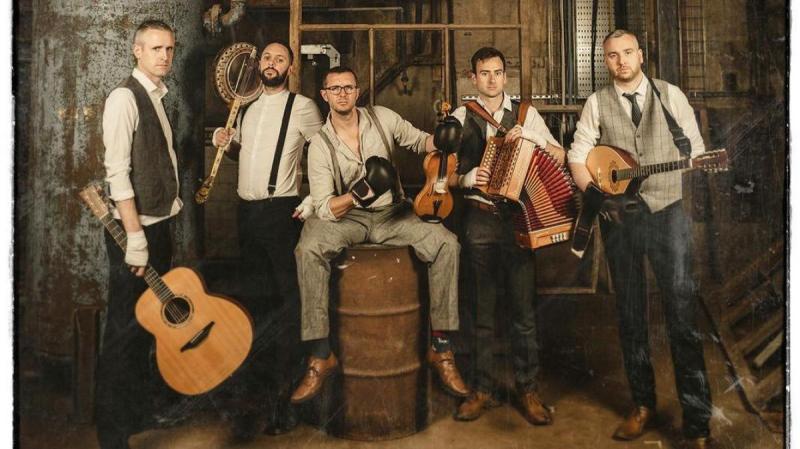 Folk band The Rapparees are coming to An Carn.

Folk band The Rapparees are crossing the Bann this weekend for a highly anticipated gig in Tirkane.

The five-piece are returning to An Carn after playing there last year, and band member Gerry McNeill is looking forward to their return.

“It was fantastic and we are buzzing to be back again," he told the County Derry Post.

“We loved the theatre – the tiered seating, us on the floor – and the banter with the audience was brilliant.”

The gig is the fourth of the band’s latest tour, having already played dates in Omagh and Belfast, and comes hot on the heels of their planned Portaferry gig this Friday night.

Fans of the band will be delighted to hear that there is some new material in the pipeline.

“There will be three or four new songs that haven’t been recorded yet,” says the singer. “They can expect the old favourites - we have four albums to choose from – but during rehearsals, we were picking out songs we hadn’t done in about five years or so.

“It’s good to resurrect songs that we’ve neglected because you can get into a routine of doing the same kind of set for a while.”

The Rapparees have been together over 15 years, but have retained four of the band’s five original members – Kevin Mawdsley, Joe McKeague, Conor McCaffrey and Gerry – while also adding Belfast man Stephen Flanagan to the line-up.

Their original audience has grown up alongside the band, but Gerry says it has broadened its appeal in both directions over the years – even adding local celebrities to their growing list of followers.

“The last gig at Duncairn was great, because Barra Best was in the audience and tweeting clips of the gig!

“Those people our own age have stayed with us, but we’ve started to appeal to a younger and also an older audience.

“The good thing about playing traditional music is that you have that wide range of appeal and the age group is varied."

With four albums already under their belts, the lads have built up a healthy repertoire of songs, but plans are underway for a fifth album this year. Gerry says the tour is an ideal sounding board for new material.

“The best way to try these out is to practise it, try it live and if they go down well, then you know it’s a goer.

“It’s hard to get everyone together with everyone’s busy schedule but we’re looking into a few older Clancy Brothers songs while trying to keep a modern twist.

“And also, if we try to start writing stuff again, that would be good too.”

For now, the focus is on this weekend’s gig in An Carn, but anyone misty-eyed for the raucous nights at the Hatfield may have to curb their enthusiasm.

“For theatre gigs, everything has to be the finished product,” says Gerry.

“You can’t be going on singing too many rowdy Pogues songs – but we love being able to do both settings.”