An annual pony drive has raised over £13,000 for charity and the cash was raised for the RVH Liver Support Group. 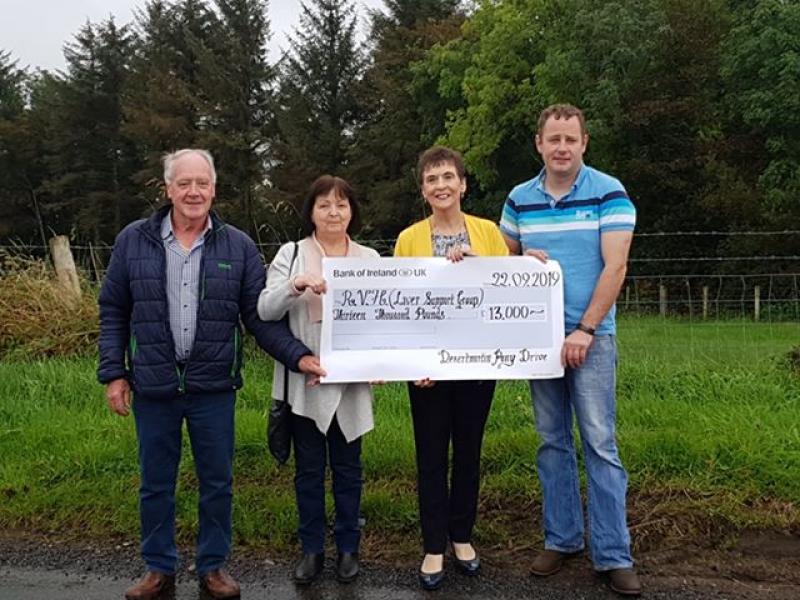 An annual pony drive has raised over £13,000 for charity.
The cash was raised for the RVH Liver Support Group.
A large crowd attended and participated in the Desertmartin Pony Drive fundraiser which took place on Sunday, August 5.
The event is now in its 20th year and is organised by members of the Loughshore Pony Club on behalf of a nominated charity.
The drive took off from Cullion Hall and made its way to Draperstown, Tobermore and Desertmartin.
It finished back to the hall where everyone was treated to refreshments followed by a grand draw, auction and raffle.
Prize winners were; Teenie Kelly - 1st prize: £300; Niall Loughran - 2nd prize 100; Darren c/o John McKaigue - 3rd prize: £50; and Brigid Hegarty - 4th prize: food hamper.
Kay Duffy, founding member of the RVH Liver Support Group, was presented with the £13,000 cheque by Desertmartin Pony Drive and Draperstown couple Marian and Gerry McKenna.
Due to personal experience this worthy cause is of great significance to the McKenna family.
The Desertmartin Pony Club wish to express their heartfelt sympathy to the Phillip’s family on the death of Sinclair who passed away on Sunday, September 29, 2019.
Sinclair was a very generous supporter of the annual pony drive and will be sadly missed by one and all. May he rest in peace.