Rainey Old Boys work up an appetite at Crawfords 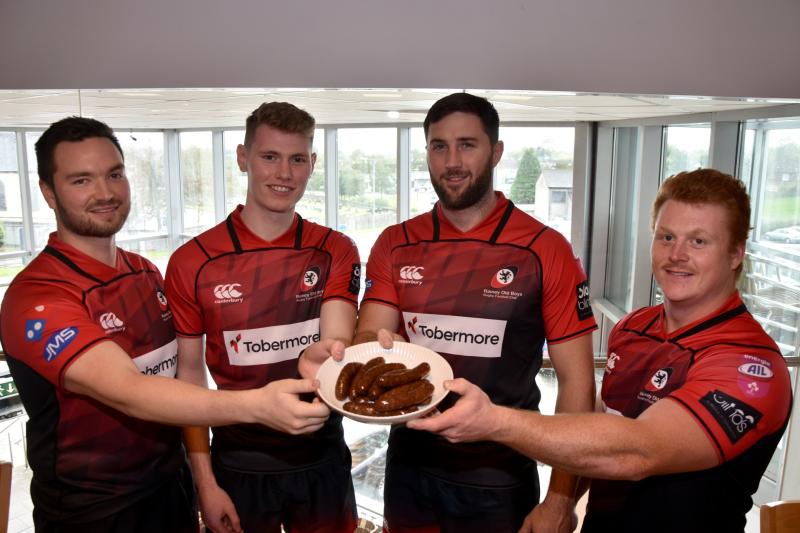 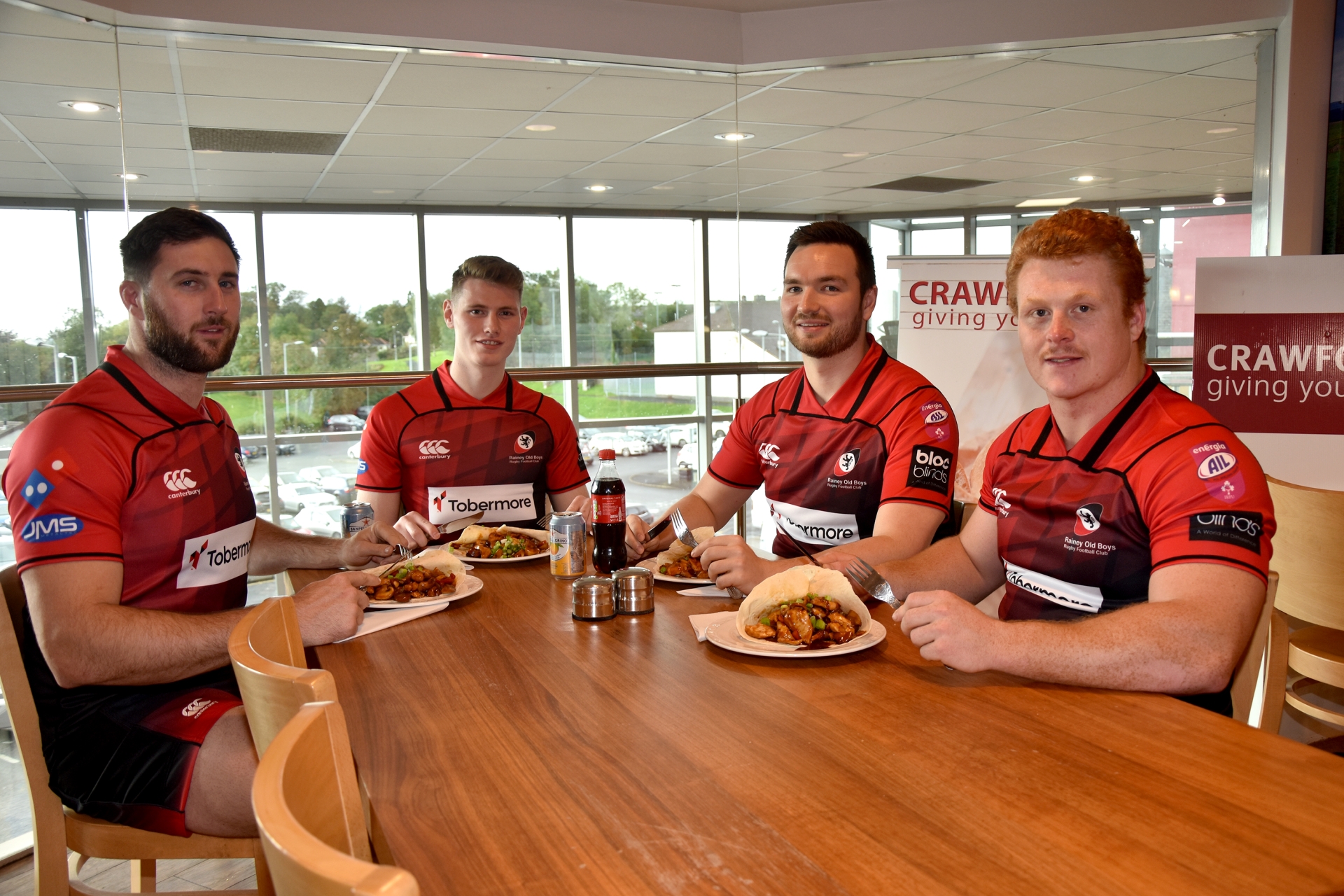 Out half Gareth Hall, John McKenna (back row), number 8 Conor Brockschmidt and hooker Brad Roberts enjoyed the dishes, compliments of Crawfords ahead of the Magherafelt based rugby team's upcoming matches.
The boys are getting ready to support their home teams of Ireland and South Africa in the Rugby World Cup.
On Saturday Rainey Old Boys played at home with the Buccaneers, beating the Athlone side 34-10.
Their next game will be away to UL Bohemian on October 19.
Crawford's World Cup sausages are the latest creation available to buy now and are proving a huge hit with customers.
The Japanese chicken wraps which the players are tucking into are made with Yo! Sauce, also stocked in Crawfords, and made fresh in the store's coffee lounge.