Club has to come first when GAA activity resumes: McGeehan 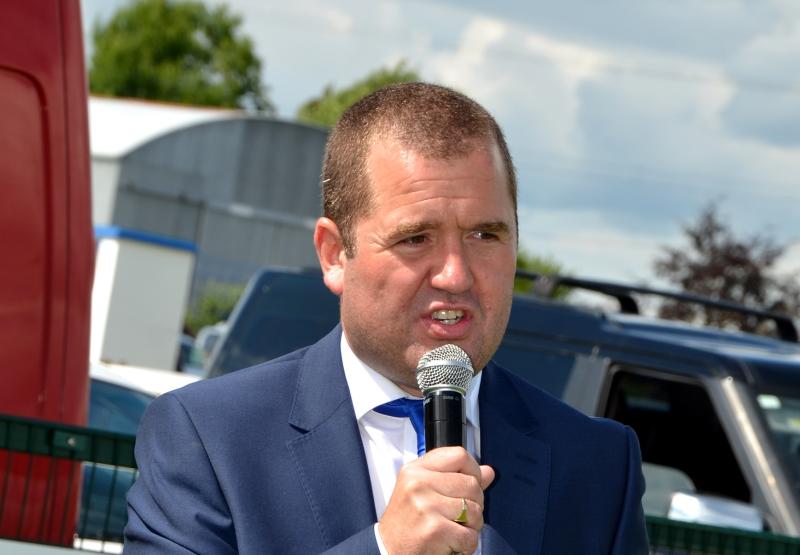 Getting clubs up and running, when it is safe to do so, must be the first port of call in the GAA's return to activity, insists Stephen McGeehan.

The former Ballinderry Chairman is Ulster GAA's Head of Operations, but has been called onto the GAA's Covid-19 Advisory Group, chaired by Chairman of Health and Safety group Shay Bannon.

“Our work is less than two weeks old,” McGeehan told the County Derry Post, of the group that reports directly to President John Horan and Director General Tom Ryan.

“We are there to provide advice and make recommendations. In terms of the decisions, they will be made by the GAA's management committee.

“Our remit is a short and sharp piece of work to develop protocols of how and on what basis, if it is possible, will it be possible to return to training, playing and eventually watching games again.”

Professor Mary Horgan, a professor in infectious diseases, has been added to the group. She has previously been advising other world governing bodies of sport.

“Her role is crucial in helping voluntary bodies like the GAA,” McGeehan feels. “All of this needs to be medically driven, whether is it is public health advice from the governments or the research around the vaccines and all that might be required in the future.”

The committee have, as McGeehan terms it, 'the easy job', with GAA management having the final call.

An initial plan of inter-county action in October and club pencilled in for mid-July, was based on a cut back version. Football's Tier 2 championship, the Super 8s and the qualifiers were likely to be shelved, as were the group stages in the hurling championship.

In terms of Derry, the senior hurlers had qualified for the NHL promotion play-off. It was initially hoped that games involving relegation and promotion could've been pencilled into the overall plan, in a bid to provide a clean slate for 2021.

“There is no play-book to this and I don't think anyone knows if any of the league games could be played,” was McGeehan's opinion on the situation.

“At the minute, the focus is on whether activity will return at all and what it would require to bring that activity back. No formal decision has been made on the league or the championship.”

He also has sympathy for Antrim and Armagh footballers who worked themselves into promising league positions.

“That decision will be taken very carefully and on the basis of what space there is. As the weeks go on, I think it becomes less likely that there will be room for them, but I wouldn't rule them out completely.”

In terms of club activity, counties have been working away to come up with plans that could be activated once there is a green light. It is likely that club leagues will be scrapped with, if there is any action, a series of warm-up games ahead of a knock-out championship.

“It would be very important for a lead-in period,” McGeehan feels. “You would want to give club players time to get collective training under their belt, to get them out. Given the timescale, there mightn't be room for many league games.

“The window is a moving piste, in that the GAA talked about October and November (for county). In theory, the inter-county programme, if bumped into December and into January would allow the clubs a bit more time.”

For McGeehan, getting clubs – who he heaped praise onto for their efforts in communities- up and running first is a must.

“An ideal situation for me would be to get guidance and clarity, to get started back with club football and hurling getting a sizeable window before the inter-county starts back.

“Everybody is mad to get out, but only when it is safe to do so. From a safety point of view, it is not about risk elimination, it is about risk reduction.”

If the pandemic continues, it could force long term change. In McGeehan's opinion, any measures put in place by the GAA may continue into 2021 and beyond.

“I think club activity returning is hugely important,” he feels, not just for sporting reasons,

There is a a growing epidemic of mental health issues. There are issues over social isolation. I think the first resumption of activity needs to happen at a local level, if that is possible.”

McGeehan points out the change of language by the government.

“Terms such as 'permanent pandemic surveillance,' that type of vocabulary. We are going to have to adjust our lives for Covid-19 or other strains of a disease like this for the foreseeable.

“While it is important to keep people's thoughts positive, that there might be Gaelic games in 2020, the measure you put in place might carry on into next year and the year after.”

The second issue, he feels is becoming clear relates to youths, tied in with their return to school.

“If that is an area of less-risk for the spread of the disease and children have been less affected by it, that presents an opportunity to get them out whenever there is the science to be able to do that.”

From the point of view of testing, McGeehan – while pointing out that inter-county players are deemed elite – the GAA is different to the Premier League, or indeed the Bundesliga that has two rounds complete since their resumption.

“We are different,” he begins. “We are neither professional nor semi-professional. From that perspective, the GAA have to look at things differently.

“We have an inter-county game that, like the professional leagues, in theory could work, if it was people's full-time job to be Gaelic footballers or hurlers, but it is not their full-time job. They are amateurs, they have a day's work and they have families.”