CORONAVIRUS LATEST: Infection rate in North could be 90% higher than official reports 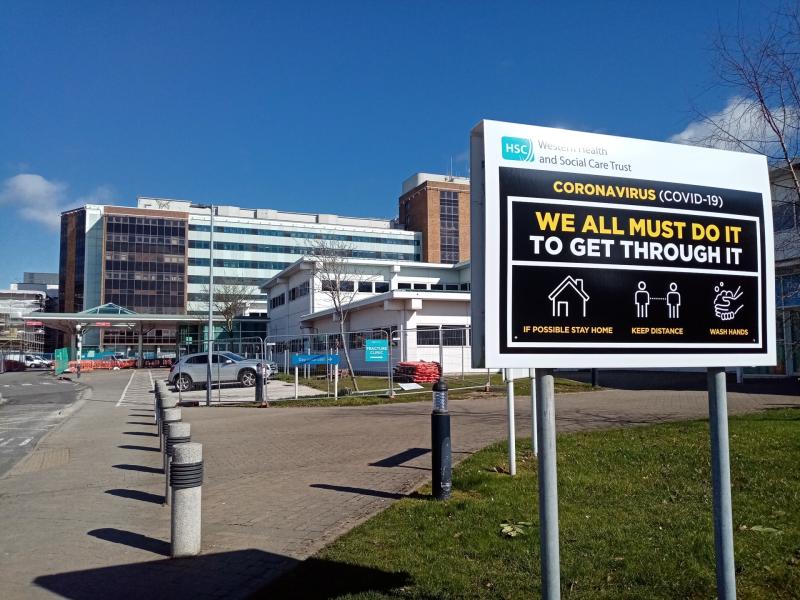 A local GP who works at Derry’s COVID-19 Centre estimates that because of limited testing the number of people with the virus could be significantly higher than official reports.

In Northern Ireland testing is currently limited to patients who are being admitted to hospital and some health care workers as well as symptomatic nursing home residents.

At the time of writing, April 14, just over 13,000 people have been tested for the virus in the North with under 2,000 confirmed cases.

Whereas more than 72,000 tests for Covid-19 have now been completed in the Republic of Ireland – one of the highest testing rates in Europe - resulting in over 10,600 confirmed cases.

In the south you can phone your GP to be assessed for a test if you are in a priority group and have symptoms.

And if you are in a priority group and have been in contact with someone you think or know has coronavirus and you have any of those common symptoms.

Dr Paul Molloy said limited testing means it is difficult to tell how many people have COVID-19 and therefore how many have actually died of COVID-19.

He added that 80% of cases are mild and don’t make it as far as GPs or the hospital and 15% probably do with 5% severely affected.

Out of the 15% that make it to the COVID Centre probably 70/80% of them are at present sent home again without being tested as only those admitted are tested, he said.

That means that doctors are potentially only testing a very small proportion of those actually affected.

He did caveat the statement by saying he is a GP and not a statistician or an epidemiologist.

“The difficulty is that many people in the community have other illnesses like COPD, heart disease etc,” he explained.

“It is very possible that if these people acquired COVID-19 it would be too much for them to cope with and they’d die at home.  This would be similar to people dying of influenza.

“It’ll not be recorded on their death certificate but it may have been the final illness that just was too much to cope with and been the precipitating factor for death.

If these people die at home from COVID-19 it will be unknown as at present we are only testing those who are admitted to hospital.

“All the people who are in the community with a flu do not know if it is coronavirus or another virus.

While this isn’t important in managing the illness, he says, it does become important when a discussion takes place about moving out of the current lockdown.

“We know that about 80% of the population have to be infected before we develop herd immunity. “This was the original path the government set out on.

“It’s also important that when restrictions are lifted we can employ similar means to the countries who have been most successful in controlling this.

“That is quickly identifying pockets of virus in the community, isolating those pockets, tracing and testing any contacts and avoiding indiscriminate spread.

“There are many, many people, 80% of those with COVID 19 out there who will only get mild symptoms. We are not testing them so we are only finding out whether people have COVID 19 or not, in a small group of people.”

He added: “There is potentially as much as 90% under identification of actual cases then approximately and under-reported death rates for the same reason.”