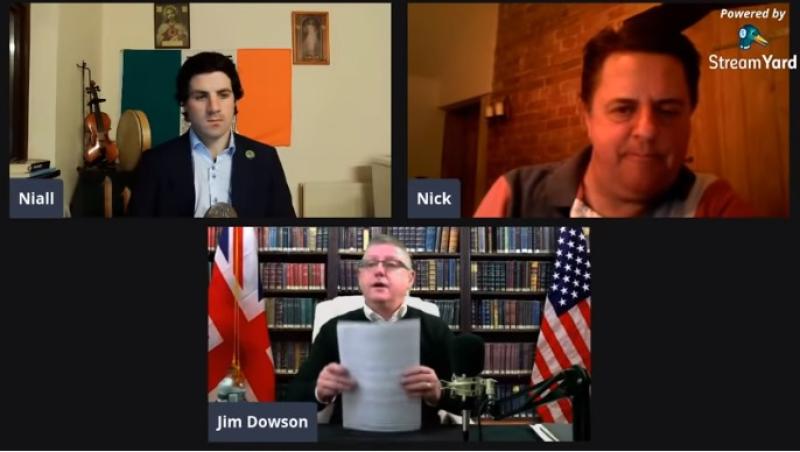 SNH volunteer said to be delivering food to people in Derry

A Derry councillor has hit out at a ‘far right’ group for posting leaflets in the Creggan estate offering assistance to the local community during the coronavirus pandemic.

The group in question is Siol na hEireann (SNH) which translates as 'The Seed of Ireland'.

They describe themselves as the ‘true heirs to the traditions and ideals of the Revolution’ and have advocated for sending people of all other nationalities back to their homeland.

The leaflet says ‘community care assistance’ will be offered to the ‘elderly, infirm and young families’ throughout Ireland during the coronavirus pandemic.

As a ‘small conservative party for patriots’ they will provide aid to all Irish men and women as ‘politics has no place in an emergency’, it adds.

A green and red card were provided, green to be displayed at all times which can be changed to red when the household needs help.  According to the flyer a local volunteer/oglach will patrol the area to look out for them.

Councillor for the Moor area Gary Donnelly said the people of Creggan would not fall for the ‘cheap publicity stunt’ and called for it to be ‘resisted vigorously’.

It is ‘dangerous’ for SNH to leave flyers at peoples’ doors offering assistance but with no local contact number.

Cllr Donnelly criticised the SNH stance on immigration and voiced his support for all nationalities living in Ireland, including the many migrants currently working on the frontline as doctors and nurses.  The Irish have themselves emigrated all over the world, he added.

“So the far right can feel comfortable enough to distribute food parcels and information leaflets in working class areas like Creggan, then it’s time Socialists and Republicans got their acts together,” he said.

“Even if this was a publicity stunt or tokenism, it is very clear that fascism and racism is on the rise.  A cursory glance at their social media will, without doubt back this up.

“Over the last few weeks I could have made numerous political points about issues connected to this current crisis but didn’t feel it was the right time given the magnitude of what we are facing as a community.” 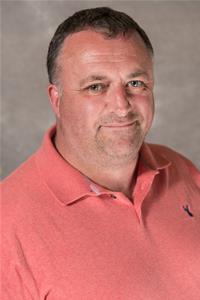 He added: “However this particular issue cannot be ignored.

“They describe themselves as patriots, they are not patriots. Patriots are those who fought and continue to fight imperialism and capitalism, they are the Socialist Republicans who were on the ground pre pandemic, are currently on the ground and will be to the forefront picking up the pieces after this pandemic.

“The far right will attempt to use the current situation to gain a foothold in our communities their message will be dressed up and to some will resonate. This needs to be exposed and resisted vigorously.”

Siol na hEireann’s official website proclaims: “While reasonable numbers of immigrants of European, Christian origin can be integrated, we reject the PC lie that Africans, Muslims, and other Third World victims of Western imperialist skills and people theft, can ever be Irish.

“They cannot and, if the Irish nation is to survive, they must be sent home.”

During the 90-minute discussion they dismissed the coronavirus as no worse than the flu, disputed the need for any sort of lockdown and said the far-right would ‘soar’ during this economic depression – to which Mr McConnell said ‘that’s the plan anyway’.

In response to Cllr Donnelly’s comments, leader of Siol na hEireann Niall McConnell said they are not fascist but ‘pro-life traditional catholic Irish nationalists’.  He added that volunteers could now be put at risk.

“Yes we strive for a 32 County United Ireland but reject all forms of sectarianism and violence to achieve this, so to be labelled ‘fascist’ for merely helping old and vulnerable people in a socially deprived area of Derry by distributing free food - paid for by our local volunteers, not by grants - is not only ridiculous but disingenuous and potentially very dangerous for our local Aid Volunteers given the level of violence in the area.

“This is sadly what our imperialist masters love, Irishmen and women calling each other names. The British elites and the Zionist media are no doubt revelling in this situation and SNH will not add to or subscribe to anymore Irishmen falling for the age old ‘divide and conquer’ tactic that has wrought so much misery to our people over the years.

“We are disappointed that some fellow Irish patriots would choose to label us as fascists for handing out free food parcels in Derry to OAP’s and the vulnerable and would appeal to them not to be distracted by this manufactured non-event by those who would delight in further Irish disharmony."

He continued: “If our local Catholic community aid volunteers have to withdraw the free food package initiative from the elderly and vulnerable people in the Creggan area because of threats of violence, then what can be said of the state of our Ireland and the political situation.

“We have done nothing but try to help those less fortunate, yet some have reacted by calling SNH fascists with calls that will incite violence against local catholic volunteers, yet we are supposed to be the ‘fascists’?

“I pray that sense prevails, and that the social welfare of our elderly Irish people takes precedence over political ideology and that the community leaders in the area would put divisions aside at least as we all fight the Covid-19 crisis for the sake of our people in the occupied counties and in the rest of Ireland.”