The Business End: The Protocol is a process not an event 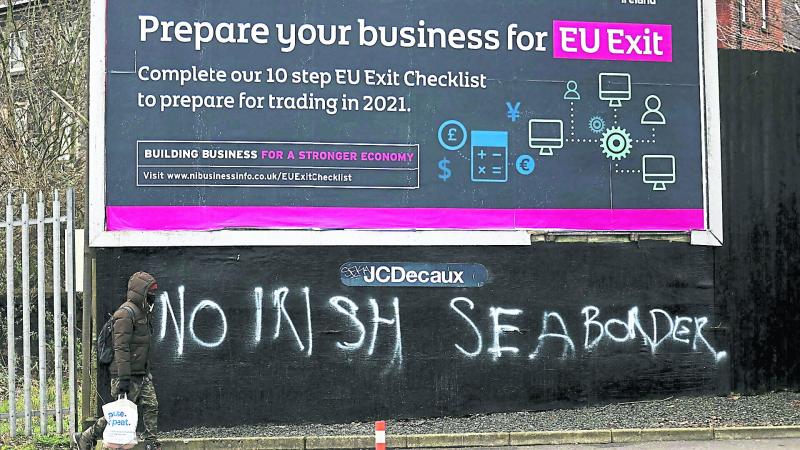 Last week Craigavon based Almac announced 1,000 new jobs in the North across 120 roles and across their sites in Derry, Belfast and Craigavon. Written on their website in plain English was the following:

"Post-Brexit: The Almac Advantage. Unique, unfettered and flexible access to UK, Europe and beyond. Due to the NI Protocol agreement, Northern Ireland remains in the regulatory alignment with the EU."

"Unique, seamless and flexible access to both the UK and European marketplaces from our headquarters in Craigavon, Northern Ireland."

Their website goes on to extol the virtues of the NI Protocol and their unique position within this very competitive business world. It doesn't do it in a political way but articulates the competitive advantage we now have.

There was however no mention of this when the story was published in the News Letter. Not a sentence.

The unique trading position they find themselves in was not mentioned even though it is blazoned across their website. You would think a journalist would ask or at least allude to the "unique seamless and flexible access to both the EU and UK" that their presence in NI gives them. These are their words by the way and not mine. Perhaps it's just a case of lazy journalism and nothing sinister however again when the local MP made a statement which was contained within the article, no mention was made of the advantage Alamac enjoys over its competitors because of the Northern Ireland Protocol (NIP).

Upper Bann MP Carla Lockhart said it is “a huge boost for the local economy, and a vote of confidence in both Upper Bann and NI as a place to operate a world leading business".

Almac are no slouches. They employ 6,000 people at 19 facilities in the EU, US and Asia. They have been in business for 50 years and turnover in 2019/20 was £677m. They are in the hugely important and competitive Pharma sector. Let's be clear and state that without the NIP these 1,000 jobs wouldn't have happened.

And the Economic Amnesia around the benefits of the protocol are not reserved for just the MP for Upper Bann but also her DUP colleague and Economy Minister Gordon Lyons who said that "political parties who do not acknowledge problems caused by the NIP have their heads stuck in sand".

Clearly there are issues with certain companies in relation to bringing products into NI from GB but many solutions for these have been found.

It's also worth pointing out that Maroš Šefčovič who is the EU's lead Brexit negotiator met on a number of occasions with business organisations in NI who bravely took the lead to resolve these problems. My understanding is that 90% of these were resolved in a satisfactory way.

Writing in Irish News July 2021, Professor Peter Shirlow said: "The Northern Ireland Protocol is a process and not an event. A process that requires a politics to build a shared, sustainable prosperity and match the prospects of private sector investment. Such investment has already started and will lift the economy from being consumption based to one that is more innovative and production centred. Shared prosperity can create unique opportunities to sustain peace."