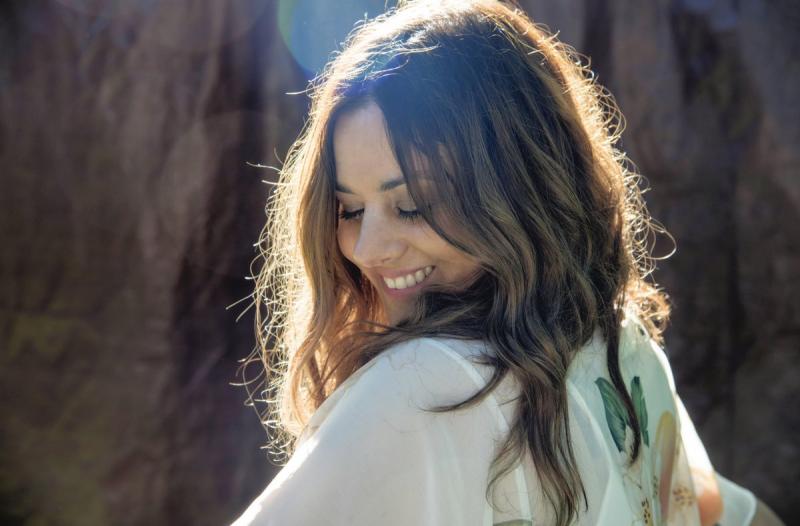 Music history is filled with rumours. From Fleetwood Mac’s album, to Paul McCartney’s death, to whoever ‘You’re So Vain’ is about, rumours and music have gone hand in hand since the dawn of time (allegedly).

This week, I’ll be looking at a more recent rumour, one whose existence can definitely be confirmed.

How, you ask? Because I talked to her on the phone.

Yes, this week I’m talking to Rumer, the acclaimed singer/songwriter who will be playing Christ Church (the place here, not New Zealand), on the 19th August.

During our chat, we spoke about a few topics, including her most recent album, ‘Nashville Tears,’ her career to date and, most shockingly, the fact that she’s not yet seen ‘Derry Girls’ (as of our interview).

Rumer has been about for quite a while now, releasing her first album, ‘Seasons of My Soul’ in 2010 (12 years ago, if you can believe that).

Since then, she’s released four more, including ‘This Girl’s In Love’ (a tribute to Burt Bacharach and Hal David), an album that resulted in a letter of approval from Burt Bacharach himself, telling her how much he loved it.

The album, one she says she’s 'really proud' of, was released in 2016 and was the first of two tribute albums she’s done to date.

The second, ‘Nashville Tears,’ is a tribute to Hugh Prestwood, a songwriter who has had songs recorded by Judy Collins (who discovered him), Randy Travis and Alison Krauss, among many others.

Rumer told me that she wanted to do this album to 'share his work' with the world, definitely a worthy cause. For those unaware, Judy Collins is someone with a great history of musical discoveries. She was the first to record ‘Both Sides Now’ by Joni Mitchell and ‘Suzanne’ by Leonard Cohen.

For those reasons alone, this album is one to check out. The combination of Hugh’s songs and Rumer’s interpretations mean that ‘Nashville Tears’ is sure to be a treat for music fans.

During our chat, Rumer also told me how her career started 'almost halfway through the digital revolution,' when the only way to make a career in music was to have a record contract.

Unfortunately, without any connections in the industry yet, she had no idea how to get this, and so just kept playing open mic nights, writing songs and trying to meet people.

Eventually, this perseverance paid off and things began coming together, although it wasn’t easy.

The feeling, she said, 'was like winning the lotto' when she got signed. 'People didn’t believe it would happen.'

It did, though, and now, five albums in, Rumer is still going strong. As well as releasing ‘Nashville Tears,’ she has also recently released ‘B-Sides and Rarities Vol. 2,’ a collection of songs that didn’t make the cut from the main releases, 'Gems that people didn’t know about.'

The upcoming Christ Church concert will be Rumer’s first time in Derry, although, she says, she has previously played Belfast about ten years ago.

Rumer is no stranger to Ireland, though, having played quite a bit on the Dublin poetry circuit prior to her music career taking off, something she said she loved.

Ireland is also in her blood, she tells me, with her grandmother originally coming from Dublin before moving across the sea.

In our conversation about Ireland and Derry, I, of course, had to ask the question on everybody’s mind. Has she seen Derry Girls? Our latest in a long line of gifts this town has given the world.

Shockingly, Rumer tells me, she has not. After getting over my initial shock, we got back to business. She told me that she would love to explore more of the North and our (eventful) history when she’s here.

Hopefully, by the time she gets here, we’ll have our long-awaited summer and she can see the town properly.

Regardless of the weather, though, the Christ Church concert is going to be a night to remember.

Now, onto other business. This week sees the long awaited return of the Foyle Maritime Festival, one of the highlights of the summer.

This year the festival will be headlined by John Deery and the Heads on Friday 22nd at 9:30pm, followed by a spectacular fireworks display.

The festival, returning after a prolonged absence due to a certain worldwide pandemic, is running until the 24th and will also feature a number of food and drink stands, shops and much more.

Make sure to get there if you can!

Rumer plays Christ Church on the 19th August. For more information see musiccapital.org. Find her on Facebook and Instagram @rumersongs.