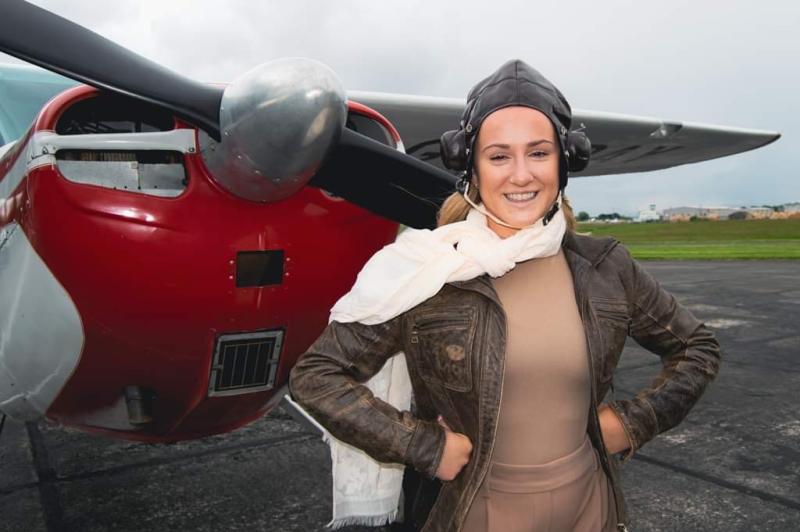 The world premiere of ‘Amelia’s Story’, performed and produced by Greater Shantallow Community Arts, take to the stage at Studio 2, Youth & Community Arts Centre for the closing night of the Amelia Earhart 90th Anniversary Arts Festival.

Directed and choreographed by GSCA,s Head of Dance Irena Noonan and starring one of the North West's rising stars of stage and theatre, Ellen Hasson in the title role, it promises a magical evening’s entertainment celebrating the 90th anniversary of the aviation pioneer’s first solo female transatlantic crossing.

Amelia Earhart has entered folk history here since her unscheduled landing at Ballyarnett in 1932 which assured both herself and the city of Derry a permanent place in the history of aviation.

She was one of the world's leading aviators although her last-ever flight is shrouded in mystery when her plane – which was en route to Howland Island in the Pacific Ocean – disappeared.

Amelia was declared dead a year later but conspiracy theories still pop-up regarding the last moments of her known life.

The choreographer, Irena Noonan, says she’s found the process incredibly exciting, and she only hopes she can do justice to the amazing story.

“I’ve learned so much from my research,” she says, “and within this dance theatre performance piece I hope I've captured Amelia’s whole life, from her childhood dream to her untimely disappearance. 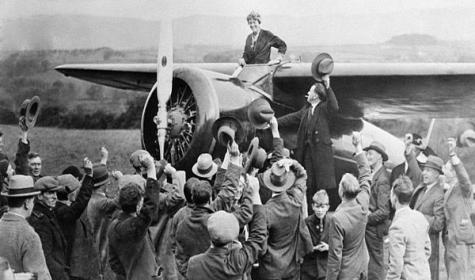 American aviator, Amelia Earhart, climbs above the cockpit of her plane after landing in Derry. She had just performed the world's first solo female transatlantic crossing

“I’ve choreographed dance theatre before based on raising awareness of social issues, including reckless driving and bonfires but this is the first time I've interpreted an entire life story and it’s been an amazing challenge.

“I’ve learned more than ever what an inspirational woman she was, in so many aspects of her career. This brief performance gives a snapshot of her remarkable life and I hope it leaves audiences wanting more.”

Young professional dancer Ellen Hasson, who plays the title role, has a family connection with the aviator.

Her late grandfather, Larry Hasson, was one of the first people to arrive at the landing scene at Ballyarnett in 1932 and spoke often about his memories. Ellen’s own father is also a pilot so a sense of destiny has determined that she play the lead role.

Ellen said: “It’s a thrill and an honour to play Amelia, and I hope I do her justice.”

Both women agree ‘Amelia’s Story’ has huge potential and could travel far and wide and with music by Gary Curran and visuals by Ryan Vail the show promises to enthrall audiences.

Doors open at 7pm with a welcoming drink’s reception and Amelia Earhart Photographic Exhibition and short film narrated by artist Joe Campbell before the show starts at 7.30pm sharp.

Admission is free and tickets can be booked online at: www.studio2.com