The ground shook, skinheads in floral dresses rocked out, grown men with tattoos wept and emergency staff were drafted in to Frankie Ramsay’s Café when larger than life ska legend Buster Bloodvessel and his band descended on Derry for a night of ska fuelled party anthems that had all-comers on the floor for the duration of an outstanding gig.

Buster belted out all the chart hits, eleven top twenty smashes in all, including Lorraine, Special Brew Henry VIII and My Girl Lollipop, with the gusto and moves of man half his size, but the best was yet to come.

The ‘Singing Sumo,’ once rumoured to have scoffed a record breaking 13 foot long Garlic sausage while touring Germany, pulled out all the stops for the Derry ska contingency as pints were put down on tables out of harms way in order to get busy on the dance floor.

Staying true to their maxim of not taking themselves too seriously, Buster and the boys left the stage early, leaving some punters with the feeling that there was something missing from the night – then, to nobody’s surprise, El Whappo (The Beautiful One) as he is known in Spain, took to the stage for a show-stopping version of the Can – Can, providing an almost tear jerking moment as the dance floor joined arms to get their high kicks going  - forget about the Moulin Rouge and Nicole Kidman, Buster’s the man and he’s got the moves to prove it. Lip Up Fatty!!! 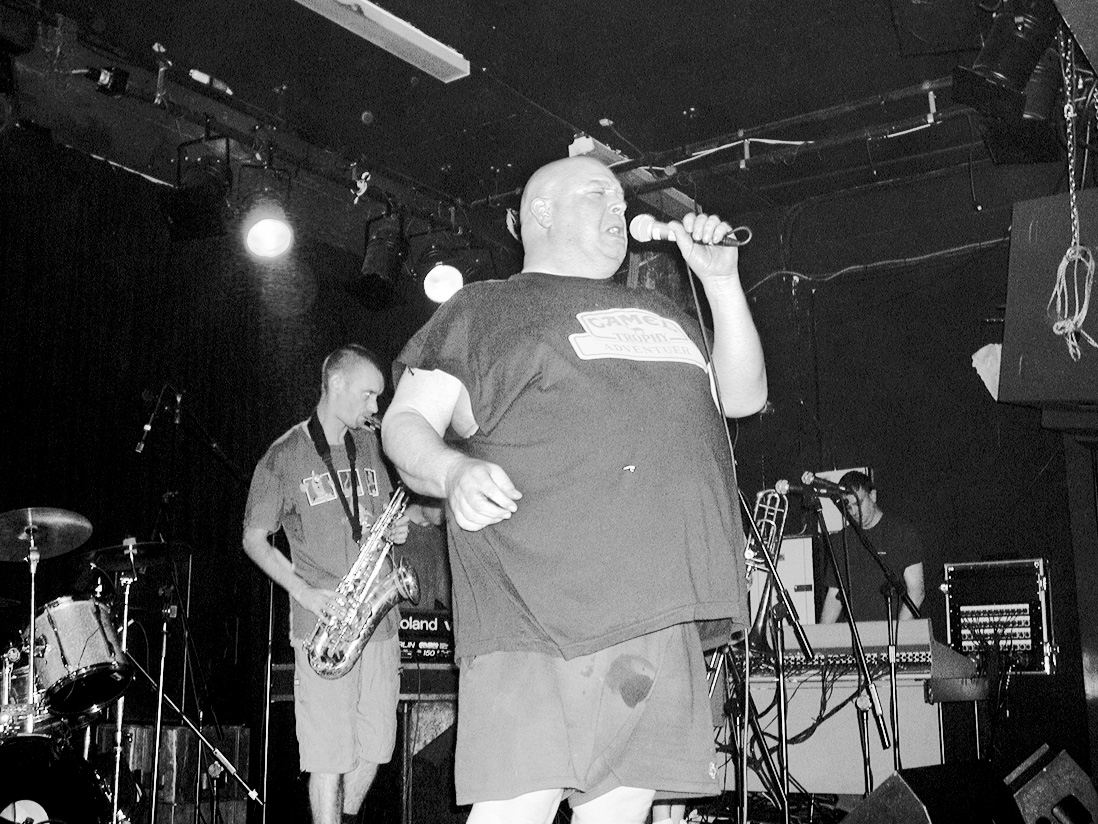