A County Derry man has recorded a powerful tribute to his 13-month-old niece who sadly passed away from leukaemia.

Ryan Sinclair, from Magherafelt, alongside his friend Richard, took time over the course of the pandemic to reflect on the perfect song in memory of Ryan's niece, Katie.

They chose to do a cover of Gavin DeGraw’s single ‘You Got Me’, to raise money for a children’s cancer charity in Katie’s name.

Katie was first diagnosed with leukaemia when she was just two months old. Katie endured months of treatment and unfortunately, after being given the all clear, the cancer returned in January 2014 and she sadly died on 17th June 2014.

Her Uncle Ryan wanted to record a song in memory of his beautiful niece, as well as raise money for Young Lives vs Cancer, a cancer charity who supported Katie’s family throughout her treatment.

He turned to his life-long friend and fellow musician, Richard, to create the perfect song. During lockdown, they took the time to record the song and are now releasing it in her memory.

Ryan said the song had a great deal of meaning.

“Everyone can relate a song to some moment in their life, we related to this song together pretty much at the same time, it was weird, after it was mixed we were like ‘wow," he said.

"The song has such meaning, I think of Katie each time I hear it. It’s a good song for a family battling hard, it’s one of those ‘let’s go’, You Got Me, we’ll fight this.

"It can be part of a success story and might bring someone hope or help someone grieve.” 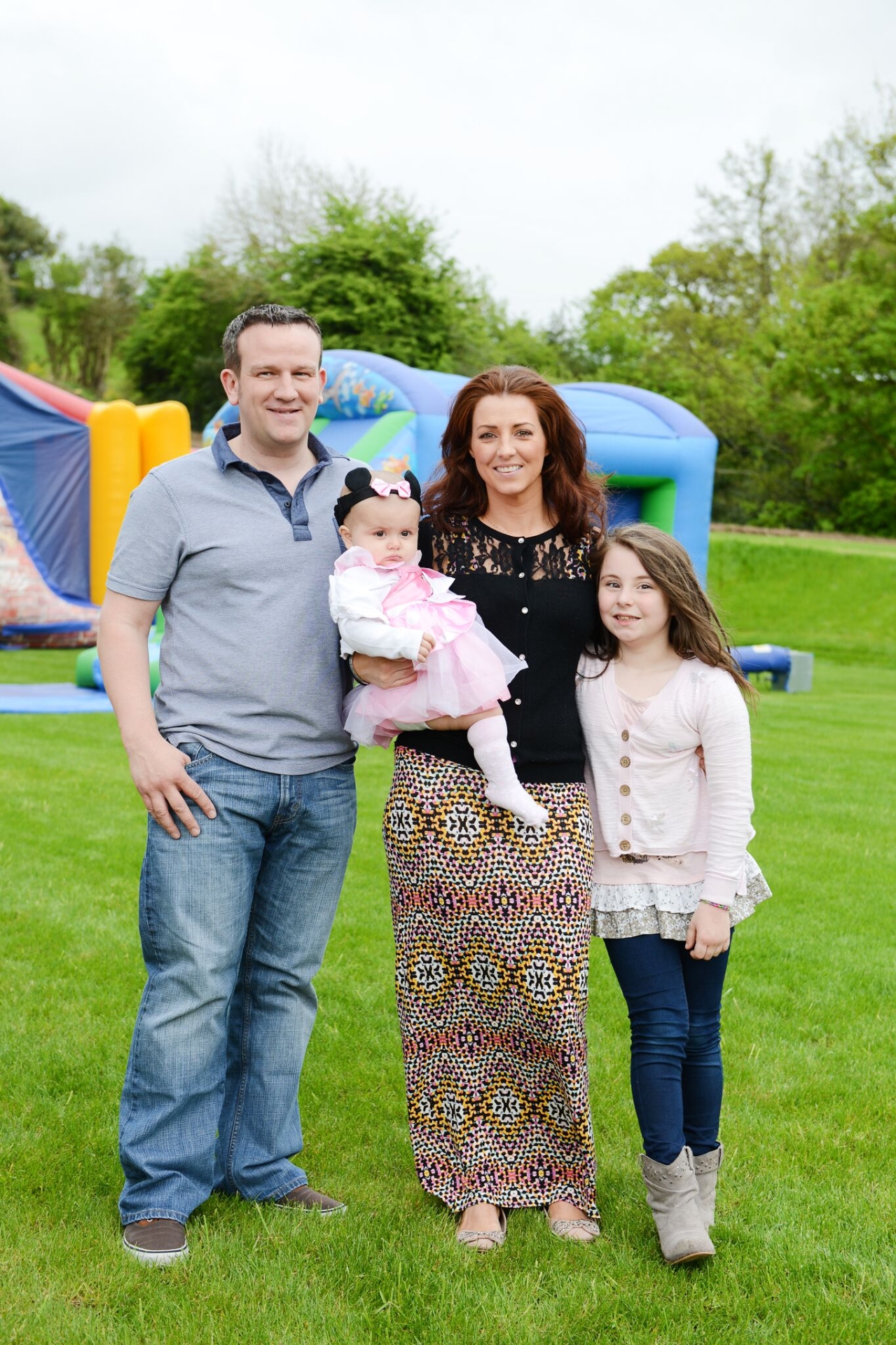 Katie was first diagnosed with leukaemia on 30th July 2013 after Ryan’s sister Victoria noticed bumps on her head at just eight weeks old.

“My sister Victoria noticed bumps on Katie’s head that she had previously mentioned to the doctors at her eight week injections but was told they were probably to do with her fontanelle so she took Katie home," said Ryan.

"Katie had started to go off her bottle, Victoria thought it was teething, then one Saturday morning Victoria woke to Katie vomiting a lot in her Moses basket.

“Victoria took Katie to out of hours doctor and they said that she must have a tummy bug but the doctor said her tummy looked very full.

"Two days later she noticed the bumps on Katie’s head were bigger, so she made an appointment the following morning. He checked her breathing and she knew by his face that something wasn’t right.”

Mum Victoria was then rushed to the paediatric hospital with Katie. After some tests, Victoria and Katie’s Dad Glen were told the unimaginable news that they were 99% sure Katie had leukaemia.

She was referred for a bone marrow test and her parents were clinging on to the hope that the doctors had got it wrong. However, the next day they were told she had leukaemia.

“My family went to the hospital that evening to find out what had happened and what can be done to save her. When I walked into the room, Victoria was holding Katie and my brother in law Glen was standing in the corner looking so broken.”

Ryan has chosen to support Young Lives vs Cancer, the UK’s leading cancer charity for children and young people, as they supported Katie and her family from the moment of diagnosis throughout her treatment.

Their Young Lives vs Cancer social worker helped with the financial and emotional impact that cancer has on families’ lives and the charity’s Home from Home offered them a free place to stay nearby to Katie, while she was having treatment.

“Young Lives vs Cancer had been a real blessing for Victoria, Glen and Amy (Katie’s sister) as they were able to stay close to the hospital in Paul’s house and try to live some sort of normality," said Ryan.

"Victoria would always be by Katie’s side as Glen was trying to keep their family afloat with work.” 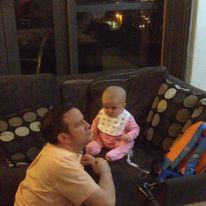 After several months of treatment, Katie was put into remission in October 2013 at 5 months old. However, sadly, they were told the news that her cancer had returned in the January of 2014.

“Katie had briefly gone into remission and I remember the very moment I found out, I cried and then celebrated, this was amazing our wee Katie was saved," said Ryan.

"Tragically not long after, the cancer came back and it was more aggressive, more tests, more bad results, more hurt, whilst trying to stay strong. For Victoria and Glen it simply was living a nightmare, all along we all tried to stay positive.

"The family did everything they could to make as many memories as possible together, including a massive first birthday with all of the family, where Katie dressed as a princess and smiled all day.

“Fast forward 39 days and the worst day imaginable happened, Katie died in her mummy and daddy’s arms in the Royal Hospital for Sick Children in Belfast.

"Katie was the most loved child on earth as she is in heaven, stronger than all of us, missed beyond measure, the impact our wee Katie left on me will stay with me.”

Musician Ryan wants to continue Katie’s legacy and so is releasing this new single to celebrate her life and help to raise money for other young people and families, like Katie’s, in her name.

The money raised will go on to help Young Lives vs Cancer be there so families can find the strength to face everything cancer throws at them. 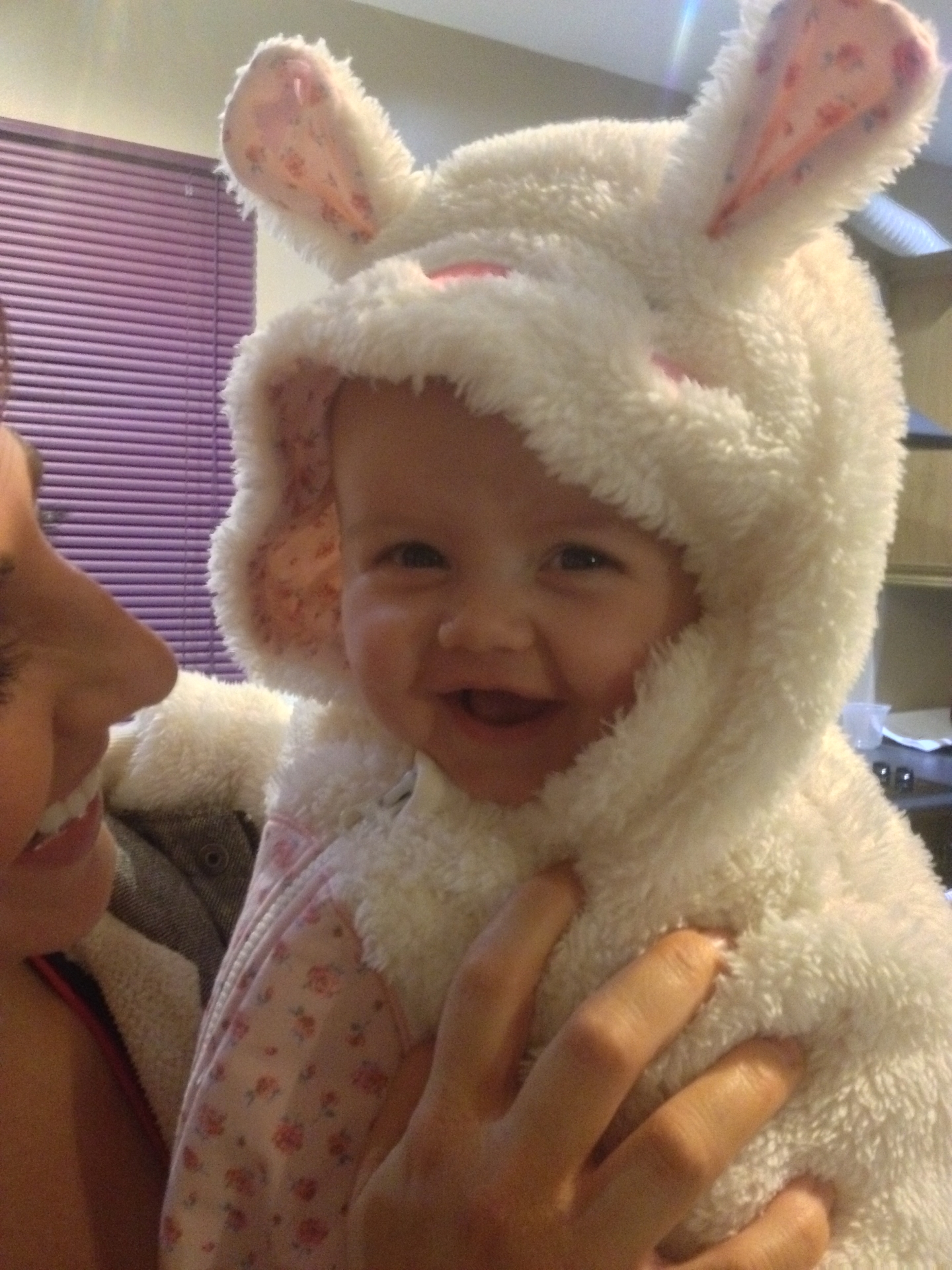 “When cancer strikes young lives we step in to help families find the strength to face cancer, with emotional, financial and practical support like the Home from Home Katie’s family were able to stay in to be all together," she said.

“We rely entirely on donations to fund our vital work and so we can’t thank Ryan and friends enough for recording this amazing single. A huge thank you to Victoria and Glen too for allowing us to share the story of their beloved Katie.”

Please go to https://youtu.be/zhvGMhO2ZAQ to view the video and donate at: www.justgiving.com/fundraising/yougotme.

For more information about Young Lives vs Cancer’s work go to www.younglivesvscancer.org.uk

Special thanks to song writer Diane Eve Warren for granting permission to record the song ‘You Got Me’. Published by BMG Rights Management (UK) Limited, a BMG Company © Used with permission. All rights reserved.