A County Derry swimming club have raised over £4,000 for a local mental health charity after a chance meeting in a local café boosted their Easter fundraiser.

Spokesperson for the group, Bernice McMaster, said their efforts were handed a huge boost after a chance meeting in a Moneymore café with a local businessman.

“We always come into CK's Café after our swim in Splash and we had organised with the management that we would do an Easter bonnet swim,” she told the County Derry Post.

“We'd buy hats and decorate them as bonnets and have a picnic afterwards. Whoever had the best hat would win a basket with an Easter bunny or whatever.

“Our goal was a thousand pounds. If we could reach that over two or three events between spring and summer and be able to give STEPS a thousands pounds, wouldn't that be amazing?

“We're usually a bit rowdy when we come in the door, and there was a chap in the corner having his breakfast.

“We sat down and ordered and he asked what we were and what we do. We told him we were a swimming group and doing this fundraiser over in Splash. 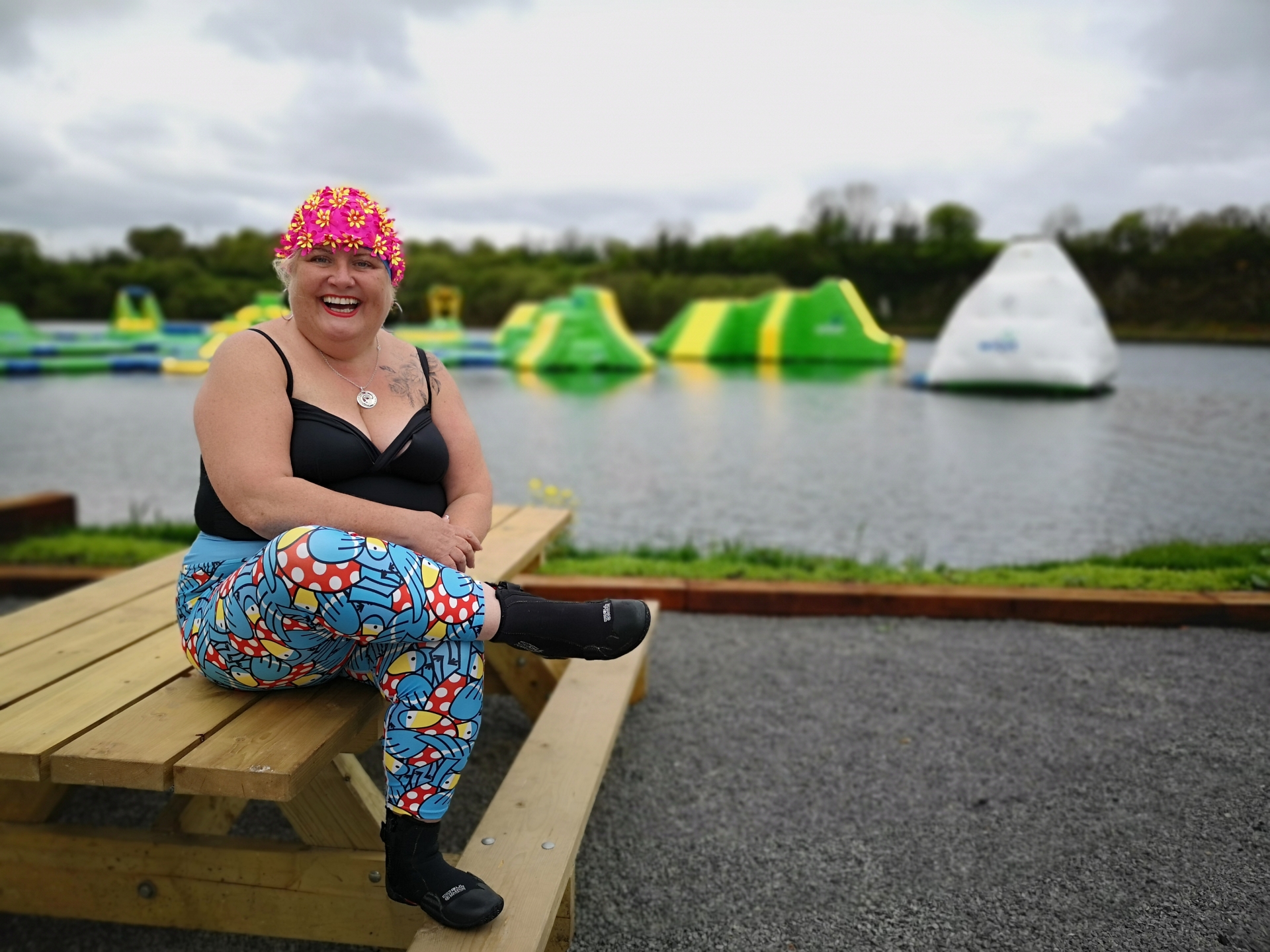 “We said we were doing it for STEPS and mental health, and when he got up to pay for his breakfast, he came over to the table and handed us £100.”

The mystery philanthropist's name was Barry Rocks, and when group member Donna English met him a few days later, he went off with sponsor sheets and came back with over £3,000.

“He just happened to come in and asked if we had sponsor sheets, which we didn't, but I got a girl on our committee to do one up and brought it to him,” she said.

“He raised just over £3,000 and he said he wished he'd had more time and that he'd maybe do something later in the year too.”

Bernice said she wanted to get involved with a fundraiser for S.T.E.P.S as a way of thanking them for the work they had done with her.

“I've been attending S.T.E.P.S. in Draperstown for counselling since last year,” she said.

“I was referred by my GP, and for me personally, the open water swimming and my counselling is the reason I'm still here.

“S.T.E.P.S. have helped me tremendously and I said I'd love to do a fundraiser for them because it's our local charity for our community in Mid Ulster and beyond. 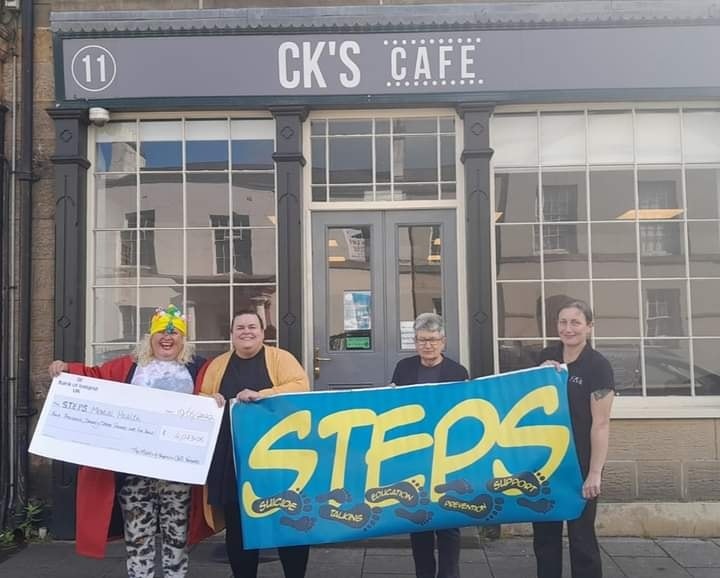 The group present the money raised to the STEPS charity.

“I desperately needed them, and I'm so happy I found them, and for me personally, it was to give something back as a thank you.”

The group also thanked Splash in Moneymore, who waived their fee for non-members on the day of the fundraiser, as well as making a donation and providing lifeguards for the day.

Both Donna and Bernice hailed the effect open water swimming has had on their wellbeing.

“I've been doing it since June last year and have been out at least once a week, and I miss it if I don't get out. If I feel down, it lifts your mood,” said Donna.

“Then the social aspect afterwards and the friends you've met that you might not have met on any other occasion. If you have issues around body image, any worries go out the window when it comes to getting in and out of the water.

“Everybody is too busy concentrating on getting in and out of the water because it's freezing,” she added.