MacD on Music: Festival Season . . . Return of the Stendhal Festival 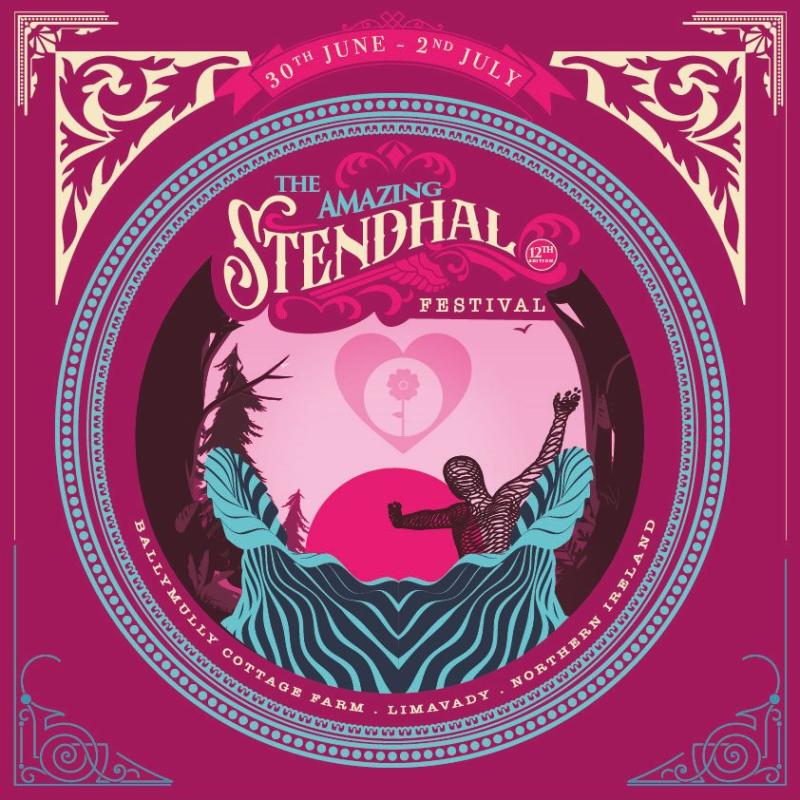 This summer sees the return of the 12th Stendhal Festival.

It’s summer (officially, if not weather wise), and that means it’s festival season!

This summer sees the return of the Stendhal Festival in Limavady, returning for its 12th year to Ballymully Cottage Farm.

The festival, taking place from the June 30-July 2, features a great mix of local and international acts, including Bronagh Gallagher, Paddy Nash and the Happy Enchiladas, Sister Sledge, Parker and Hayseed Dixie, and is now the “largest weekend outdoor festival showcase...of Irish musical talent in the country.”

The festival, running since 2008, has, over the years, been seen as a chance for indigenous Irish acts to truly shine and this year looks to be no exception. This week I’m going to take a look at some of the local talent appearing.

Bronagh Gallagher is nothing short of a legend, even before she appeared in the last episode of Derry Girls.

Star of films such as Pulp Fiction, A Bump Along the Way and, of course, The Commitments, Bronagh is one of the best live acts currently on the scene (trust me, I’ve seen her God-knows-how many times in Derry, Galway, and Dublin).

Over the years, Bronagh has worked with the likes of Brian Eno and Dave Stewart and continues to hold down a successful acting career, staring in shows such as ‘Brassic’ and ‘Pramface.’

Her concerts are some of the best I’ve been seen (and I’ve seen a lot) and she gives 100% commitment to every performance (sorry, couldn’t resist).

To date, she has released three excellent albums (all of which can be found in Cool Discs) and she puts on a show that is not to be missed.

Paddy Nash and the Happy Enchiladas

Another home-grown hero, Paddy Nash is one of the city’s finest songwriters. Across four albums (three with the Enchiladas, one solo), Paddy can make you laugh and cry with his music, with songs like the heartbreaking ‘Martin’ to the loving ode to banks and bankers, ‘The Moneyman’s Dead’.

Prior to forming the Happy Enchiladas, Paddy was a member of The Screaming Bin Lids and The Whole Tribe Sings, before stepping away from the music business in 2001.

Returning in 2006, he’s been going pretty much ever since, releasing the albums ‘When We Were Brave’, ‘Times of Transition’ and ‘Laughter and Love’ with the Happy Enchiladas.

Louise DaCosta is one of Ireland’s biggest DJs. A veteran of the Irish dance music scene, she learned her craft 'in the amazing venue RedRooms, supporting the likes of Calvin Harris, Claude Von Stroke and Benny Benassi whilst still finishing my A levels!'
To date, she has had three consecutive No. 1s on Beatport, as well as a number of top 10 and 20 hits.

Recently, she’s started her own label, allowing her to control her own music. “I launched my own label DaCosta Records in 2019 for dance electronic releases and then DaCosta Rocks to release indie/alternative/rock, with a major push on homegrown talent!”

Her most recent release was ‘Bad Bit’, released on her own label at the end of last month.

Parker are one of the best (and loudest) young bands on the Derry scene at the minute. Consisting of Dylan Bradley on guitar and vocals, Eoghan Donegan on bass and Michael Brown on drums, Parker came into being at the beginning of last year. Since then, they’ve had supporting slots with bands such as General Fiasco and Wonk Unit and have toured Ireland and the UK to adoring crowds. Parker describe their sound as 'pop-rock...chorus-melodic focused music.'

The music is 'much more ‘pop-like’ than we used to do (in previous bands, including Lost Avenue)' but 'rooted in punk.'

If you’re a Pixies fans, Parker are a group you’re going to want to see. Definitely one to watch in the future.

For more information on Parker, see next week’s column.

Cherym are another excellent Derry three-piece. Made up of Hannah Richardson (lead guitar/lead vocals), Nyree Porter (bass and vocals) and Alannagh Doherty (drums and vocals), they have, to date, released two EPs as well as a number of singles.

The past year has seen them open for the likes of The Beths and Nova Twins as well as playing several sold out shows locally.

There’s plenty more I could write about for this piece but I’ve only got so much space so this will have to do.

Stendhal takes place from the 30th June to the 2nd of July in Ballymully Cottage Farm, Limavady. For more information, see stendhalfestival.com.