MacD on Music: All that Jazz!! 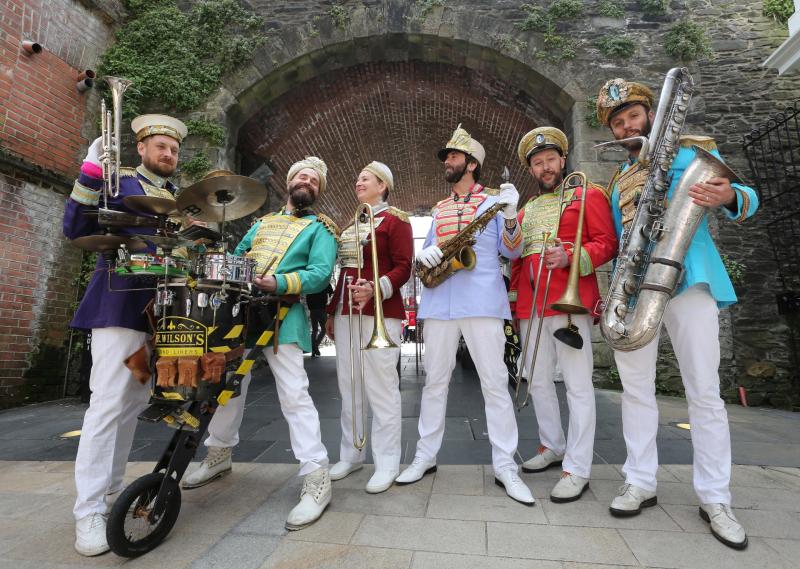 In life there are certain facts that cannot be disputed. One such fact is that Derry is one of the best musical cities in Ireland (and the best in the North).

We’ve not only given the world some of the greatest talent it’s ever known, but we’ve also played host to many great names over the years (as well as almost getting the Beatles and Rod Stewart).

Every year our legendary Jazz Festival draws acts from around the world and brings a brilliant energy to the city. Over the past 20 years the festival has built a reputation as one of the highlights of the musical calendar, with artists such as Marc Almond, Bill Wyman and Jools Holland taking part.

The festival in its current form began in 2002 and continues the city’s strong history with the genre, a history that stretches back to the days when American GIs were stationed here during and after the Second World War.

It really took off, though, in 1954, with the opening of the Jazz Club above what’s now the River Inn. Founded by Tommy McMenamin, the club was owned by musicians for musicians, with players meeting up in the wee hours of the morning on the way back from their own gigs.

In its day the club played host to a number of legendary musicians from across the water, including Ted Heath (not that one!) and Chris Barber.

Of course, Derry has no shortage of home-grown talent on the jazz scene. Probably our most famous example is the late Gay McIntyre.

Gay was one of the finest saxophone players the country has produced and, had it not been for a fear of flying, could have been an icon across the globe. So good was he that Nat ‘King’ Cole offered him a place in his band when he was just 18.

Gay continued to play the Jazz Festival until his death last year, aged 88.

Initially, learning the fiddle, Gay’s love of jazz was sparked by an Artie Shaw record owned by his father.

This led him to begin playing the instruments he would go on to make a name with, the clarinet and saxophone.

Learning to play by ear, Gay’s style was often based on improvisation, his philosophy being that it should be instinctive and that if you can’t bring the audience’s ear back to the tune then you’ve failed. He believed that certain jazz players lose focus of the tune and would sometimes play too many notes when a fraction of them would do.

A belief in quality over quantity, essentially.

Another key player on the Derry Jazz scene is Jim McDermott, another local sax great who, throughout a career that’s seen him live in both America and Canada, crossed paths with none other than Elvis Presley, as well as many other greats (but let’s be honest, there’s no topping Elvis).

Jim, like Gay McIntyre, began on the fiddle, later convincing his father to buy him a saxophone. Once the instrument was in his hands, he would try and emulate the American artists he’d hear, learning to play by ear (again, like Gay).

Jim’s passion for jazz began by accident with the discovery of what a broken chord sounded like when played with a sixth.

Jim’s style would evolve from here, developing into a style that goes back to the genre’s New Orleans roots.

Other notable jazz players from the city include tenor saxophonist John Deehan, a childhood friend of Jim McDermott, who spent most of his life in Toronto, often playing with the top musicians there, including the legendary Oscar Peterson.

George Hasson was another childhood friend of Jim and John (seriously, how talented was that friendship group?).

Initially, a huge Elvis fan, George’s musical life would change under the tutelage of local jazz drummer Raymond Gallagher.
Raymond introduced George to legends such as Miles Davis and John Coletrane and, just like when the Undertones were introduced to the music of the Ramones, his life would never be the same.

Beginning as a trumpeter for a few different groups, George would go on to play with Gay McIntyre, an association that would last most of the rest of the latter’s life.

Outside of playing, George worked for many years as sound engineer for RTÉ, later using those skills to help with the preservation of much of the local music scene.

If you want to experience more of the talent this city has to offer, the Jazz Festival continues tonight, with Imelda May headlining in the Millennium Forum.

Once again, the book ‘City of Music’ (Guildhall Press, 2008) was an invaluable resource in researching this article.