Magee on Music: The book of Jeanette Hutton 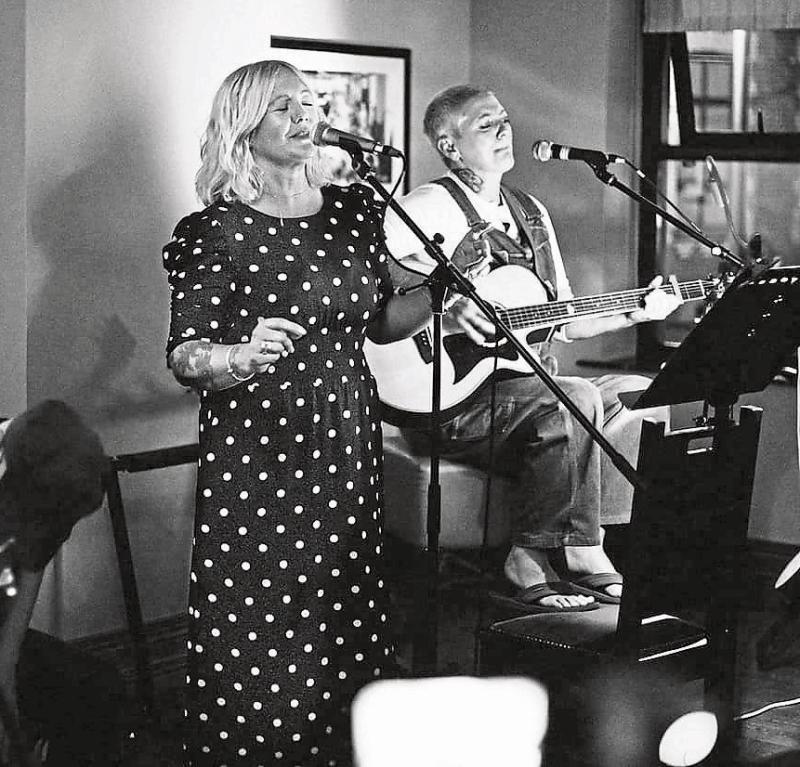 I started doing these four years ago and had an inkling back then that the best music here was not what you’d be offered at the sham music prize.

Don’t get me wrong, they’ve nailed it on a couple of occasions, but they’ve also helped create a scene of funded posers that are better at having forms filled out and ticking boxes than they are at being musicians.

It’s a fairly cringeworthy experience watching so many people pretend to like each other and dance and act like they’re not in it for the next round.

The reason I get so worked up about it is that I was watching musicians for years and years, before the Arts Council handed out cheques, just making great music. Some of them still do.

Jeanette Hutton still does. I’ll end up sounding like a lick but it’s a small price to pay to get across her importance to music here.

The easiest way to explain her is that she’s the real thing. An incredible vocalist that you’ve undoubtedly heard if you were ever out on a Saturday night in Derry. A gifted songwriter that has changed yet again for her third record.

An irreplaceable friend and all-round cool girl with the best taste in music you’re going to find. A genuinely fine human being.
She once told me that hearing 'Let There Be Rock' by AC/DC on Tommy Vance’s rock show inspired her to pursue music and to join Philby, who toured with Mama’s Boys and played with Rory Gallagher (aye, Rory Gallagher, just think about that for a wee minute) (seriously, Rory Gallagher and she never slabbers about it).

Philby gained a local following which got bigger and bigger and that eventually meant they could buy a transit van and move to London (practising in the same place as Motorhead) (Motorhead, as in Lemmy) (Seriously, she never really goes into this).

But the difficulties of constant touring around a circuit that covered a lot of distance around England with little to no pay to, even worse, pay-to-play gigs caught up with them and the band parted ways.

Not that this was a bad experience and the band had gained enough acclaim to get write ups in Kerrang magazine and gigs in the famous Marquee venue in London (again, this kind of rock’n’roll history will end up in a book).

After a year out back home, Jeanette got involved in a local jam session with Frankie Robinson and Mickey the Hat and that has developed into her becoming one of the most recognised and respected musicians in the town. This led to her band Lady J’S first album with husband Ruairi O’Doherty, bassist David Doherty and guitarist Marty McGill and produced the self-titled album and some of the best gigs the parish has seen.

Like I said earlier, this lady, J, has the best taste in music you’ve ever heard, and she took an absolute swerve in her next project with her sister Noella. Blood, the album and the live experience was all things to all music fans, loud and acoustic, heavy, and sweet, lyrical, and melodic set against loud guitars, quiet guitars and familial vocal harmonies that can only be captured by relatives.

The perfect storm and another chapter in the book of big Hutton.

Now we’re at the next chapter, the one where it’s just Jeanette. “Melancholy Me” is described a collection of dark, reflective, and weighty tunes that showcases her as a more introspective writer with brooding stories to tell.

I’ve always found her music to be like that, the delivery is ever changing in a way that a great musician seems to be able to do that without taking a wrinkle out of them but the over-arching substance that fills her songs is a constant.

There are a lot of musician and listeners out there who have a lot to learn from Lady J Hutton. Keep up to date with all happenings Hutton on her Facebook page, Jeanette Hutton Music. She’ll also be supporting Damien Dempsey in the Millennium Forum on Saturday 29th January and tickets can be got for that here www.millenniumforum.co.uk/shows/damien-dempsey/.

Remember something, the best music is right on your doorstep, it isn’t on Facebook, it doesn’t matter about likes on social medial or Spotify numbers, you can’t listen to music on computer, and it will never feel as good as seeing a band live and you can do just that if you follow this yellow brick road https://nervecentre.ticketsolve.com/shows/873622173.

You’ll see me at Jeanette’s gig on Sunday in the Nerve Centre, where I should point out her Blood co-conspirator and actual blood relative, sister Noella Hutton will also be playing and feel free to ask why I ended this like the Sopranos mid-

Magee on Music: Still The Happiest Man in the World

Magee on Music: New hope with return of Stendhal Festival

Music festival at Stendhal - something to be proud of