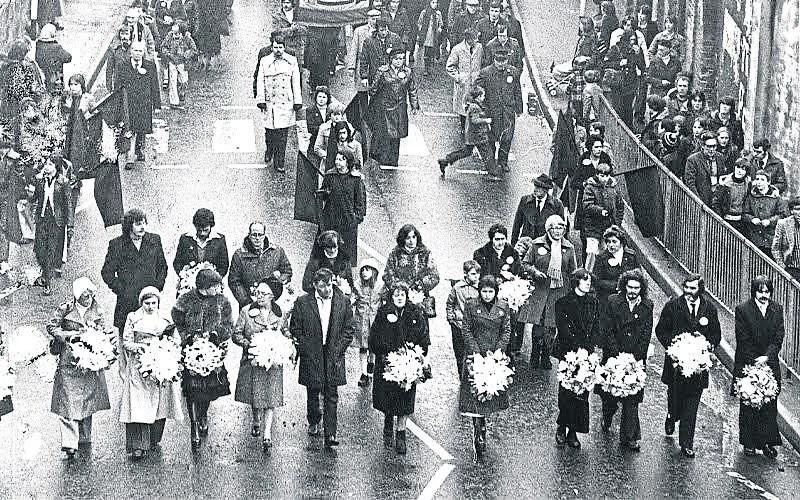 The Bloody Sunday families' Walk of Remembrance will take place on Sunday, January 30.

Last Friday, the Bloody Sunday Trust and The Bloody Sunday families launched a programme of events to mark the 50th anniversary of the murder of 14 civil rights marchers in the Northwest Disability Centre, Destined.

Robert Ballagh Exhibition at The Guildhall at 7:00pm – invite only, the unveiling of a specially commissioned piece for the 50th anniversary of Bloody Sunday by award-winning artist and designer Robert Ballagh. This piece will be on display in the Guildhall until June, and will be free to see.

Border 1921-2021 - A Centennial Calibration at Cultúrlann Uí Chanáin at 7:00pm, the launch of Darach MacDonald’s new poetic examination of Partition and the effect of the border 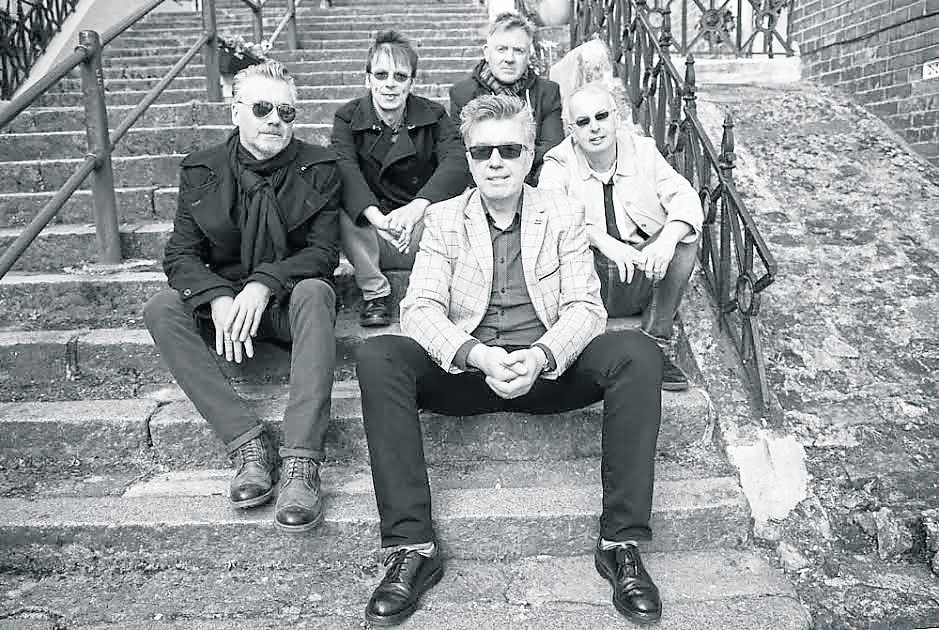 The Undertones will take to the stage of the Millennium Forum on Friday, January, 28.

Film Screening:  Ultraviolence  at The Nerve Centre at 12:00 noon, a film about resistance to state violence. Since 1969, over 2,000 people have died at the hands of the police in the UK'

Film Screening: Love Yourself Today at The Nerve Centre at 2:00pm, Love Yourself Today is an emotive celebration of modern spirituality and the power of music to heal. The film centres around the music of singer/songwriter Damien Dempsey, produced by Ross McDonald and Celine Haddad;

Film Screening: Beyond The Barricades at The Nerve Centre at 4:00pm, “It’s 1969 and the world is in turmoil. In Derry, best friends Cal and Machus try to make sense of the surreal world of The Battle of the Bogside. As civil unrest escalates, will they partake or will fate intervene and change everything forever”. Q & A with writer Micheal Kerrigan afterwards;

Memorial Service at Bloody Sunday Monument at 11:00am, the annual wreath-laying ceremony and memorial service;

Beyond the Silence at Guildhall Square at 4:00pm, a special public event to mark the 50th anniversary of Bloody Sunday. This event will feature words, music and light paying tribute to the victims of Bloody Sunday;

Tony Doherty, chairperson of the Bloody Sunday Trust, said “The coming year will witness a series of events marking the 50th anniversary of Bloody Sunday in Derry.

“Fourteen men and boys were murdered on our streets and seventeen more were wounded. What followed was an epic tirade of lies spread throughout the world that the parachute regiment had shot gunmen and bombers. For too many years there was no criminal investigation into their actions.

“But because of the actions of the Bloody Sunday Justice campaign Derry can take its place proudly among the great cities of the world that have struggled for justice. Our slogan “You Are Now Entering Free Derry” has been exported to Gaza, Detroit, Mexico, Seattle, and many other places and is recognised as an international symbol of freedom.

“Through the long years of campaigning which saw the murdered dead of Bloody Sunday declared innocent and the despised Widgery Report binned, Derry became a beacon of hope for other people’s struggles for truth, justice, and dignity.

“We are living in age where “One World One Struggle” is a real, shared and lived experience of solidarity with struggling peoples.”

Jean Hegarty whose brother Kevin McElhinney, aged 17, was one of those shot on Bloody Sunday said: “We have spent many years without our fathers, brothers and sons. We have mourned their loss for 50 years but in that time, we have achieved so much.

“We suffered our loss, but we regrouped and fought for truth. And we got it. This coming anniversary is an opportunity to remember the darkest day in the history of the city but also to remember what we, the families and this city have achieved in those 50 years.

“We will look back with sadness, but we can look forward with hope.”