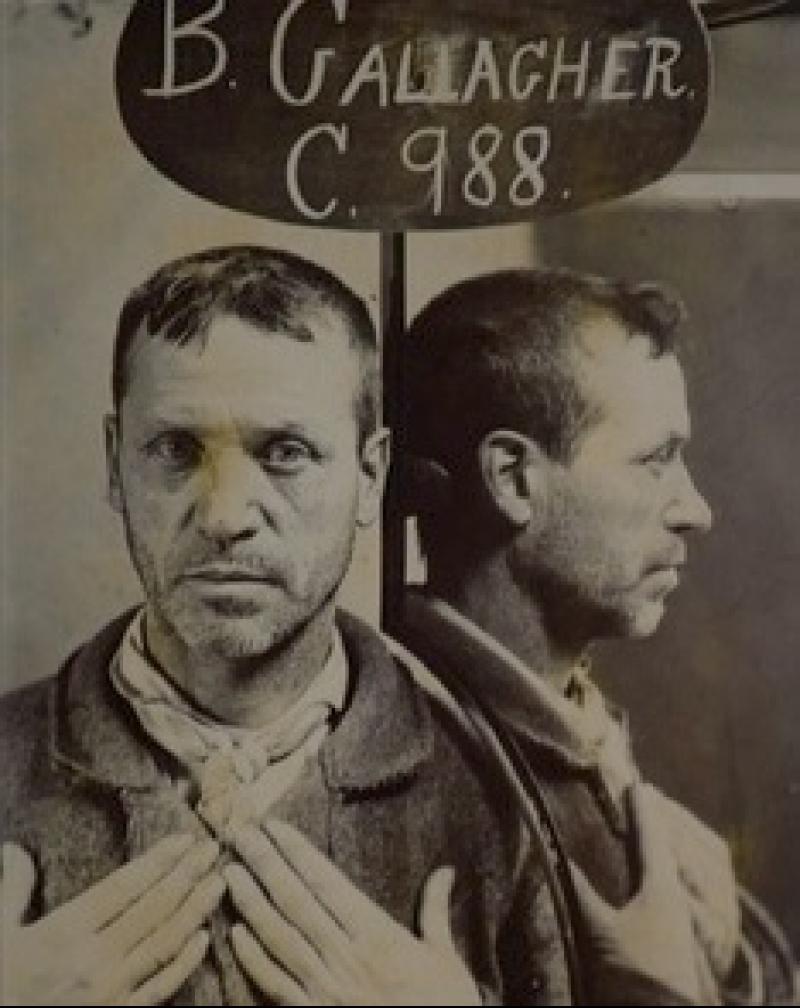 This is the true story of Bernard Gallagher who became a national celebrity during the early 1900s.

Born in 1856 in the Rosemount area of Derry City, Bernard Gallagher moved from place to place in pursuit of money, lodgings, food and drink.

He became widely known as ‘Willie John’ when he posed as the long lost son of a widow in his hometown. Eventually it was discovered that Gallagher was in fact not Willie John McGranahan and he served five years in prison for this crime.

At a time of widespread poverty and emigration, ‘Willie John’ targeted families in remote areas and his favourite scams involved impersonating a long lost relative and tall tales from overseas. In other elaborate ruses, he took on the guise of an official claiming to bring good news about an inheritance from America.

By the early 1900s, his court appearances were sensational affairs with large crowds gathering to catch a glimpse of the infamous ‘Willie John’. He often conducted his own defence, playing to the gallery and sometimes pleading that his case not to be tainted by ‘my former character’.

Using newspaper articles from the time, Dónall investigates how one man managed to hoax people in Derry, counties Donegal and Tyrone, and further afield in Ireland, Scotland and England.

Dónall travels to the National Archives in Dublin in search of ‘Willie John’s’ prison records and comes ‘face-to face’ for the first time with the man himself as prison photographs of ‘Willie John’ track his changing appearance as he returns again and again to prison over the years.

Despite his infamous career and his celebrity status, Dónall discovers that ‘Willie John’ spent the last 12 months of his life in Derry’s poor house and reflects on what drove this man – who made a career out of tricking ordinary people – to act the way he did.