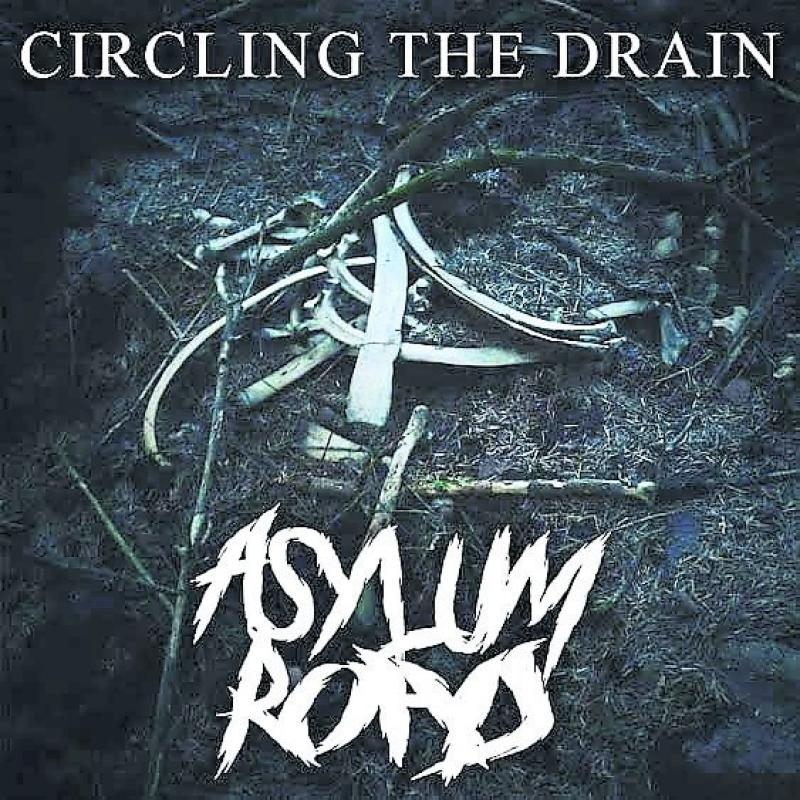 Interesting fact, Derry used to have quite a good metal scene. There were bands like Philby, Skin Grip, Triggerman, Lady J, Making Monsters, and there’s a ton more who would describe themselves as some sort of variant of metal or I’d get the genre completely wrong, and it’ll turn out they’re a punk band.

It’s all gone a bit plastic more than metal though and the Covid-19 carry-on has done music here much more harm than good.

Also, I’m not sure I understand what metal is any more or even if I’d recognise a metal band if they were staring me in the face.

Dylan told me “The band started a house party when me and the former vocalist at the time started talking about how we used to play music together and should get back at it, he had mentioned he knew a bass player (Aaron) and I asked Ryan and Ronan to join from there.

“After about two weeks we were recording our first single, 'Circling The Drain,' in a shed in my garden on a beat-up old laptop and podcast mic.

“Things didn’t work out, unfortunately, with the vocalist and I contacted Darryn as he had recently asked me to start a project with him.

“The band members clicked immediately and brought many different musical backgrounds and inspirations to the band, allowing for a very diverse approach to creating music”

What and who are Asylum Road influenced by Dylan again tells me: “There’s a lot of influences from different artists within the band from classic bands like Black Sabbath, Death and Pantera to more modern bands like Tesseract, bring me the horizon and architects, it's a nice mix of new and old”

So, what have you been doing during lockdown while other people were filling out funding applications? Dylan again: “We've been writing away over the past few months and all recording and mixing has been very DIY up until now but we're planning on hitting a studio very soon for our next release and planning future gigs here in Derry, hopefully, doing our part to bring back the class metal scene Derry used to have”

I’ve always enjoyed Ryan’s craic, he’s a magic promoter and a great musician and he isn’t afraid to give to anyone straight so when I asked him to elaborate, Ryan said: “Honestly, I think the last great years of music in Derry was around 2016-2018 and, unfortunately, a lot of the bands from that period don’t exist any more or haven’t released music in a long time for example bands like Triggerman and Making Monsters.

"It’s really sad to see bands that had so much potential and a real following just packing in.

“There hasn’t been much of a scene since then. There was a bit of a resurgence in 2019 with bands like Zabius and No Collusion but it was all punk bands and punk has been done to death in Derry and I think people have just gotten bored of it.

“What makes things worse is that even pre-Covid there weren’t enough venues.

“Every poster you look at it’s either Sandino’s or Bennigan's. I think something has to be done to help bands and artists in Derry, so they aren’t forced to play to small crowds, week in week out, with no opportunity of progressing as musicians.”

I really want to know exactly what people 20 years younger than me think of what has been left for them by people my age so I pushed for his explanation and opinions, he took the chance to put his point across: “I think the scene is becoming too much of a clique and if you don’t have the same mind set as everyone else you aren’t really accepted.

“Anyone who goes against the whole punk or singer songwriter template are kind of brushed to the side and aren’t acknowledged."

As well as being a great band, they’re honest and aren’t afraid of voicing their opinions, I hope they stick to their guns and don’t abandon their beliefs at the first sign of funding.