The event is in memory of the late Damian Brown. 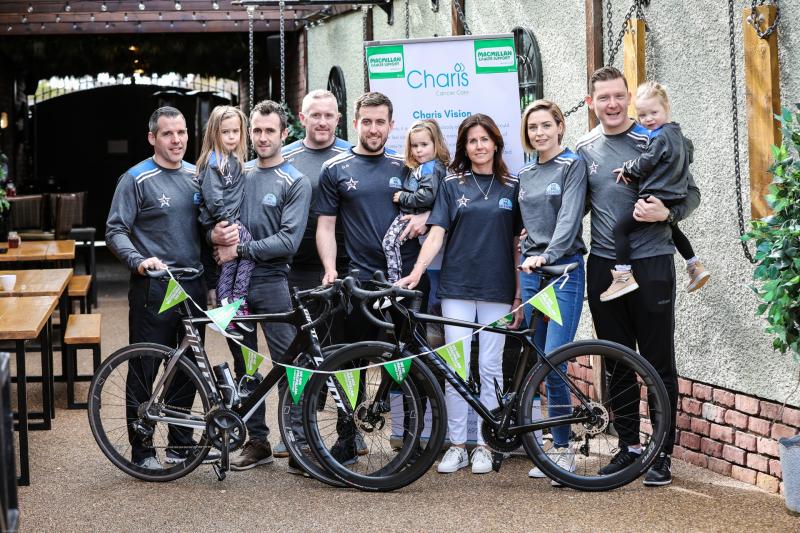 Bellaghy GAC will host The Big Weekend event this week to remember the late Damian Brown and raise funds for the charities that assisted him and his family during his illness.

Speaking to the County Derry Post Damian's son Declan explained how valuable those charities were to his family.

“Macmillan’s a charity you don’t appreciate until you’re in the mix of it. Whenever Daddy moved there, what they did for him and for us was unbelievable.

“Daddy was sick and they made him comfortable. Charis is something that Mammy’s maybe reached out to more since. Again, you don’t know if you’ll ever need them. She’s gone to them and done wile well off the back of them.”

Damian's illness and subsequent death was a huge shock to the family and community, he was a keen sportsman and cyclist, with an outstanding playing record for the Bellaghy club.

“He was a family man. He worked hard. He had no enemies, he was active around the club, loved his football, loved his grandweans.

“He would always have liked to have started a wee cycling club in Bellaghy. He would hardly ever have missed a Sunday morning on the bike. When the football stopped during lockdown, that good weather, me and him were on the bike steady.

“We did Lough Fea a couple of days. It was something he enjoyed. He was actually cycling around Donegal two weeks prior to being diagnosed,” said Declan.

The swiftness of Damian's illness was a great shock to everyone who knew him.

“He had a headache for about a week and a half. It wasn’t even severe. Paracetamol was putting it at bay. The good bout of weather at that time, he was putting it down to that.”

Damian's eventual diagnosis was that of Gliobastoma – a form of brain cancer, and the speed at which it claimed his life was merciless.

“Eleven weeks. It’s one of those sicknesses, brain cancer, they don’t really know. It’s so unpredictable.”

A hardworking family man, Damian's illness had an immediate impact on his quality of life.

“From the day and hour he was diagnosed and they told him he couldn’t drive and couldn’t go to work – that was Daddy’s life. He was a joiner, worked for himself. A hard worker, never cooled.”

Not only do the Brown family want to raise funds for charity but also for the weekend to achieve something bigger for the wider community.

Damian's father, Sean Brown, was murdered by loyalist paramilitaries in 1997.

“You want to gather up as much as possible to give back to the charities. But Covid has starved people of these type of events too. You just want to leave a mark that when people walk away, they’ve had a real good weekend.

“You want to bring people out. A lot of people have been affected by Covid too and you just want to put a smile on everyone’s faces,” added Declan.

The Big Weekend will consist of a range of events and activities to suit everyone. There are 5 and 10k runs on Saturday along with a Kids Fun Run and family fun day all at the Bellaghy Wolfe Tone's ground. Sunday will see a 20 and 50 mile cycle with a prize draw when the cycle finishes.

To find information on all the events, or to register or donate go to @TheBigWeekend2022 on Facebook.

The Bellaghy woman has been performing across Europe recently.
ADVERTISEMENT - CONTINUE READING BELOW