The Oakleafers take on Armagh this weekend. 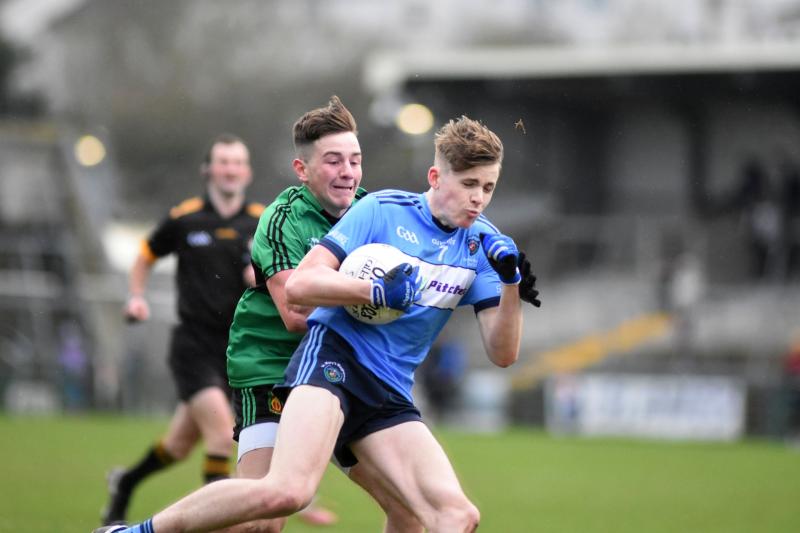 Ruairi Forbes is expected to have recovered from niggles after the MacRory campaign to play a role for Derry minors.

Derry minor manager Martin Boyle has been encouraged by his side’s battling qualities ahead of Saturday’s championship opener against Armagh.

After shipping two late goals saw Derry go under to Tyrone in the recent league final Johnny McGuckian’s goal took them to within whisker of at least forcing extra time.

It was the first time Boyle and his management team have had the experience of a full league campaign. Following a win over Monaghan and defeat to Down, their 2020 campaign was halted due to the Covid outbreak, with last year’s championship coming on the cusp of the 2020 All-Ireland win, with little time to prepare their new-look side.

“It was great to get a full league campaign and that was brilliant,” Boyle told the County Derry Post. “It is better than friendlies and you get to look as many players as you can.

“We went through the league campaign and every single player on the panel got game time and we were more than happy with that, so lads could show what they could do.”

Derry had comfortable victories over Sligo, Cavan and Fermanagh, but lost at home to Donegal. Their score difference was enough to take them through to a final.

“Training is one thing, but games give us a better idea of the quality that we have.” Boyle added of the league benefits.

“Getting to the final was good and we got another game against a really good Tyrone team and you can see where you are at, Tyrone are the benchmark.

“They have good forwards and we didn’t open them up for as many goal chances and that was the difference in the teams in the end,” Boyle admitted.

When Tyrone hit their two goals to go 2-7 to 0-9 ahead with “seven or eight” minutes remaining, McGuckian’s goal gave them a chance of getting something out of the game.

“I was really happy with the mentality and the way they competed against a really good opponent. That was pleasing and you don’t get that from training,” Boyle added.

“It takes lads time to find their feet and when they do, they can go to another level. Having a league has been good and it takes a while to bond.”

Captain Ryan McNicholl is one of six survivors from last year’s defeat to Armagh, a game they lost by a point in a dramatic finish.

Danny McDermott, Ruairi Forbes, Eoin Higgins, Ciaran Chambers and Dara McPeake are also underage.McPeake is only back in training in the last two weeks after struggling with a leg injury carried over from MacRory Cup duty with St Patrick’s Maghera.

“We had to manage him,” Boyle outlined. “Once the minor championship starts, it’ll be intense with a game every two weeks if you are successful, and you have to plan for that.”

Tom Quinn (ankle) and Dara McGurk (back) won’t be available due to injury, while Ruairi McAleese is a doubt with a back injury.

Boyle explained how only “eight or ten” of his panel were able to train since mid-December, with the numbers beginning to grow into the mid-teens as various players ended their school campaigns.

“The Rannafast final was at the beginning of March, so we’ve had them (full panel) together for five weeks now,” said Boyle, speaking on Friday, ahead of their final weekend of preparation.

“They have a few quality players from last year and Armagh will be a good side and Brendan Hughes will have them well-organised,” Boyle said of their opponents, who won two of their four league games.

“Brendan has been involved in Steelstown underage and will know everything about this Derry panel, so he’ll have his finger on the pulse.”

With no development squad competitions to suggest even a sketchy image of form at age across Ulster, Boyle takes the positives from being competitive for long periods against Tyrone.

That’s for another day. Now it’s about balancing the training load with exams. There is a backdoor in the competition this year, but with minor first round games the eternal lottery, Saturday will tell Derry more where they sit in the pecking order.

The story so far…

A fourth meeting
It’s the fourth time in as many years that Armagh and Derry cross swords in the first round. Here are the teams from the previous three encounters

The event will take place at the end of this month.