'Lessons to be learned' from Meath game, says Derry manager 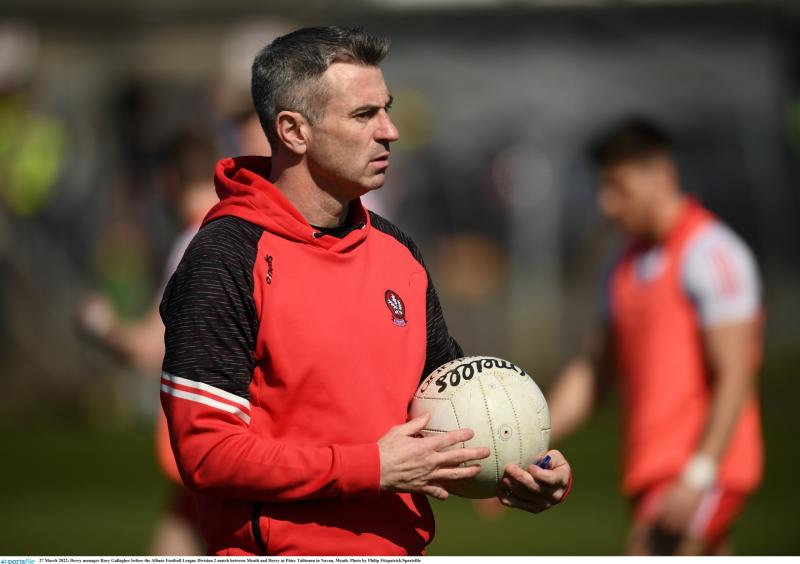 In a season that provided both progress and promise, Derry manager Rory Gallagher ultimately saw his team miss out on promotion to Division One on Sunday despite their victory over Meath.

“If you go back to Roscommon where I feel we were very badly wronged,” said Gallagher.

“Shane McGuigan should have been on the field to kick the winning score. Last week we made a lot of mistakes and we made some today as well.

“I think we’ve only suffered one defeat in 14 league games, albeit we want to play against better quality teams. We got no learning out of those vast majority of those 12/13 games we were unbeaten.

“There are lessons to be learned, even today, but particularly down in Roscommon. With 12 or 13 minutes to go we probably should have seen it out - and Shane’s sending off shouldn’t have counted. But we are where we are, eleven points usually gets you up but it doesn’t now.

“I would view it as a serious success with a lot of learning,” he explained.

Victory for Derry but they remain in Division 2