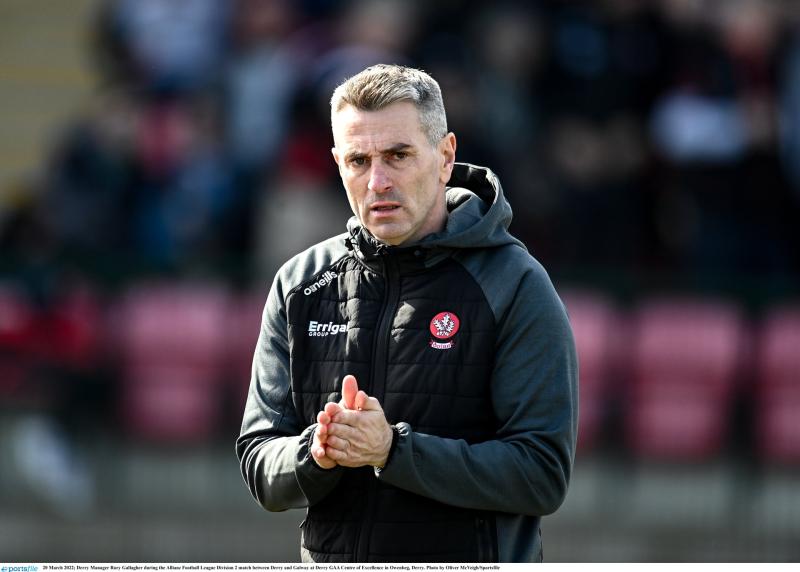 Rory Gallagher was disappointed with his side's performance on Sunday. Pic by Oliver McVeigh/Sportsfile.

Rory Gallagher admits Derry were tactically ‘very poor’ on their kick-outs in Sunday’s first half that saw them 3-8 to 0-4 in arrears on their way to the end of their 12-match unbeaten league run.

The Oakleafers’ decision to play against the wind in the first half is something Gallagher said they ‘generally do’ in most games.

He also stated that ‘four or five’ players didn’t reach the required level and Derry were opened up ‘far too easily’, leaving them with a hill too steep to climb

"I think we conceded at least two goals from our own kick-out. They put a big squeeze on it and I just felt we made a couple of very simple errors and handed them a massive initiative.

“It was a five or six point breeze but instead of that, it ran to 12 or 13 points by giving away bad goals

"It was something we had anticipated coming going to come from a better quality team, but we didn't react well to it and it was poor.”

While Derry did find a man from all but three first-half kick-outs, the Derry boss felt it was the position they received the ball that put them under pressure.

“To me they weren't the right kicks. To me it is okay to go long and be simple when a team squeeze up like that. Those were wrong decisions made by us on the pitch. 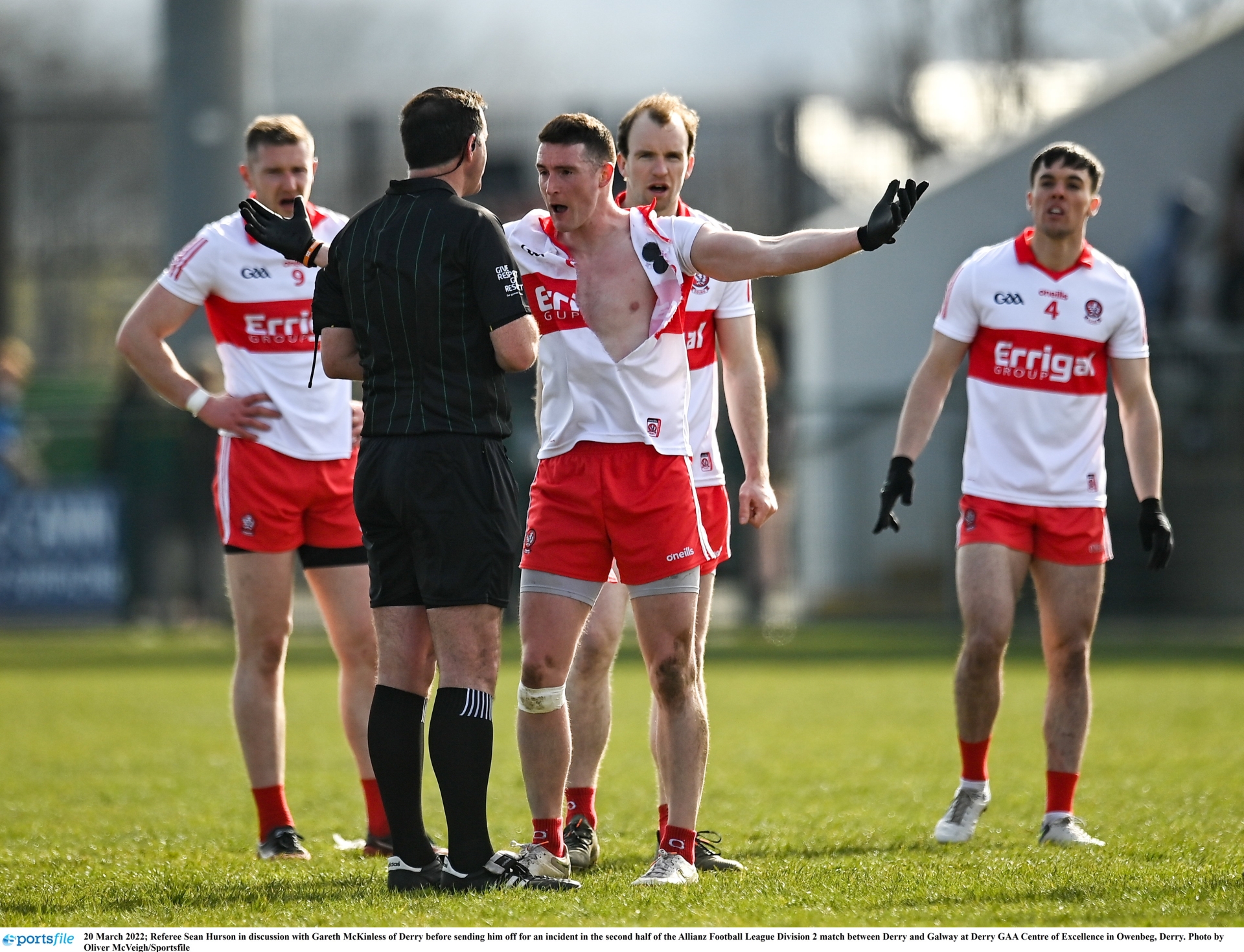 "We have taken responsibility for that and will learn from it. You notice Galway in the second half when we put a massive squeeze on, they were happy to go long.

If they lost it long, and they lost an awful lot long, you're 75 yards from our own goal and you've 13 or 14 men behind the ball. That tactically, was very poor from us.”

After not conceding a goal since the McKenna Cup semi-final defeat, Derry shipped four goals in a 40 minute spell that put an end to any hope of victory.

The week of the game was dominated by Shane McGuigan’s one-match ban and even though here was a second appeal on Saturday, Gallagher didn’t expect it the uncertainly to have clouded the players’ minds ahead of the most important game of the season.

"There is no doubt it was exceptionally frustrating,” Gallagher admitted. “It was very disappointing, two yellow cards and I didn't think either was a yellow card but that was last week, this is this week.” 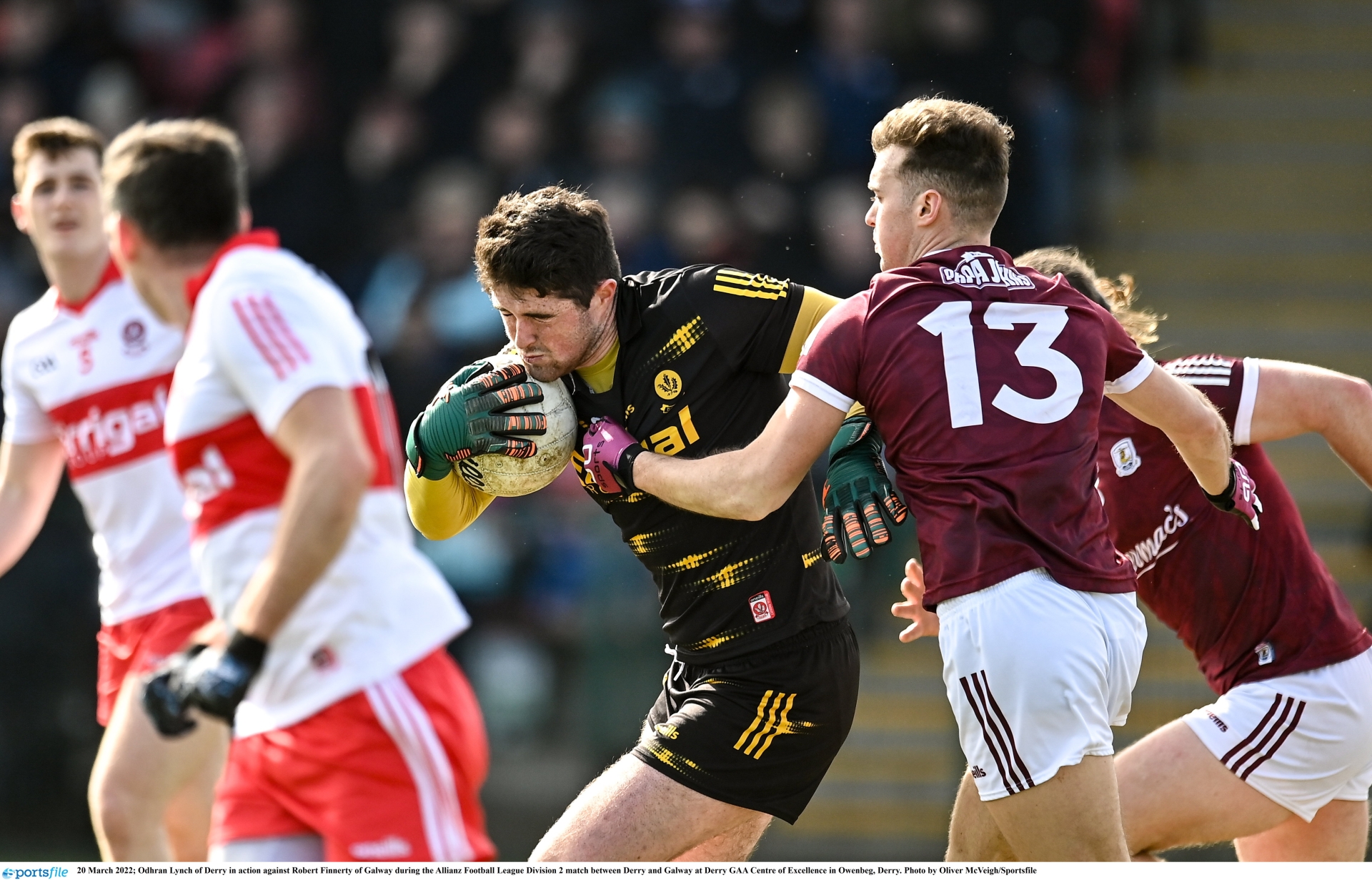 While the Derry boss agreed it wasn’t a performance the county have become accustomed to in their recent run of good form, Galway got a run on them and it was always an uphill struggle after that.

“We looked very vulnerable,” he admitted. “We probably even rode our luck out on a couple of other times. In the second half we did get a bit of momentum but we just couldn't get enough scores.

"Naturally they were going to make the game very stop-start and we just didn't get on the front foot enough to be able to peg it back to a manageable level at any stage.

“The three goals all came from us losing possession, but given the quality of opposition we have been playing over the last 18 months we weren't being penalised for that or weren't giving the ball away.

"You weren't being pressured like that and I thought Galway were physically very powerful as well and they were able to clump us in tackles and turn us over.”