League of Ireland veteran a 'Rey' of bright sunshine at Derry! 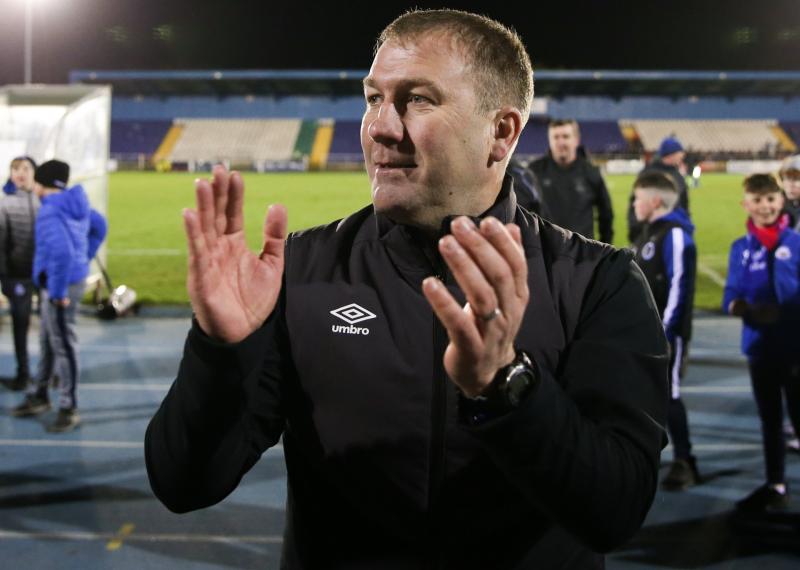 BACK ON BOARD… Alan Reynolds is back for a second spell at Derry City. Photo: Michael P Ryan (Sportsfile)

Alan Reynolds believes some managers would have been afraid to bring him on board, because of fear he would be after their jobs!

The League of Ireland veteran has seen anything and everything in this league over the years, and knows well the politics that can affect a club off the pitch. But for all that can go wrong, he has seen plenty which has gone right, and that is just one reason why he has been invited back to Derry City for a second time, having served with Stephen Kenny back in 2009.

With Ruaidhri Higgins still inexperienced as a top flight manager, Reynolds is hoping that he can prove his worth and contribute to what many hope will be a successful season at the Brandywell.

“It’s one of those that sometimes people don’t want experienced people around them, because they’re afraid that they want their job and all this, but even when I was managing, I had Pat Fenlon helping me, and I don’t think you can beat having experience with you.

"Some managers are frightened of it, Ruaidhri’s obviously not as he backs himself and he’s right. He can’t do everything, he needs to delegate and that’s what I’m here to do.”

“I’m here to ease the workload on him from me and the staff, and anything that can help. I’m definitely not here to force anything, just give him ideas I think will work. We work closely together.

"The important stuff is that when a game starts and decisions that need to be made on the bench, I’m hoping that I can help him with that and he can bounce things off me.”

Reynolds, who has experience with Waterford, St. Patrick’s Athletic, Cork City, Dundalk and Shelbourne, is well-versed in the League of Ireland but even with 30 years’ experience of playing and managing, he admits he still gets excited every time a new season rolls around.

His first spell at the Brandywell showed Reynolds exactly what is expected at the only club north of the border, and having admitted previously that he has unfinished business at the club, he is looking forward to getting going.

“I just remember being here and playing in the big games and it was actually on grass and the place was hopping, it was electric,” he recalled.

"As I was saying at the start, we’re improving all the time, and that would be the aim. I think with the new group of players and the new signings, as the season goes on, we’ll get better.”