Plenty of pride in Banagher despite defeat: Lynch

The St Mary's manager said the run can springboard his side into the new season. 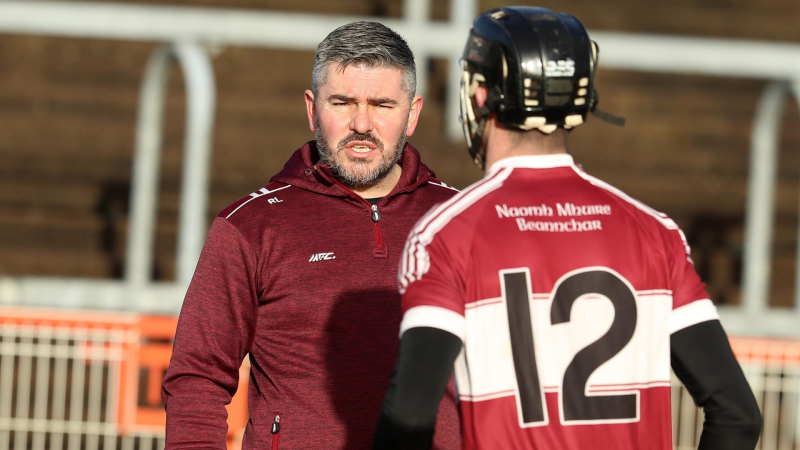 The taste of defeat has become a rarity for Banagher since losing the senior championship semi final to Kevin Lynch's back in October.

As they digested defeat to Kilmoyley in Sunday's All-Ireland intermediate semi final, manager Ryan Lynch said that sinking feeling was back with a vengeance.

“It's been a long time since I've felt this feeling after any defeat since I was playing myself,” he told the County Derry Post.

“It's a harsh place to be, while still being very proud of getting there and the journey to get there. It's a mixture of pride and the reality that we may never get to that stage again.

“We were able to compete at that level and had opportunities to win the came. We were in a strong position around 45 minutes; three points ahead.

“We conceded a number of handy enough frees which were bankers for their free takers. Both sides found the elements tough to deal with.

“It just seems like it's a long way back to somewhere like that, but the reality is, we'll take three or four weeks off and the players will start getting back into the gym again.

“There are a few knocks and boys that will need a couple of months to get over what they've been carrying over the last few months.

“But then we'll get back into the next season, which will hopefully benefit us, that we can get back up and going quickly and take it from there.”

Going in as underdogs, the St Mary's side found levels of intensity to match their opponents, an intensity to which it took Kilmoyley a while to become accustomed.

“The scoreline reflected how the game was played. Kilmoyley didn't underestimate us, but they may have underestimated the levels of intensity we'd bring to the game,” said Lynch.

“They were able to match it towards the end, and that's what won them the game. When the madness was going on, they picked a couple of frees and scores and the pendulum just swung harder for them.

“We just couldn't recover in time, and the second goal effectively killed our chances of getting back in the game. 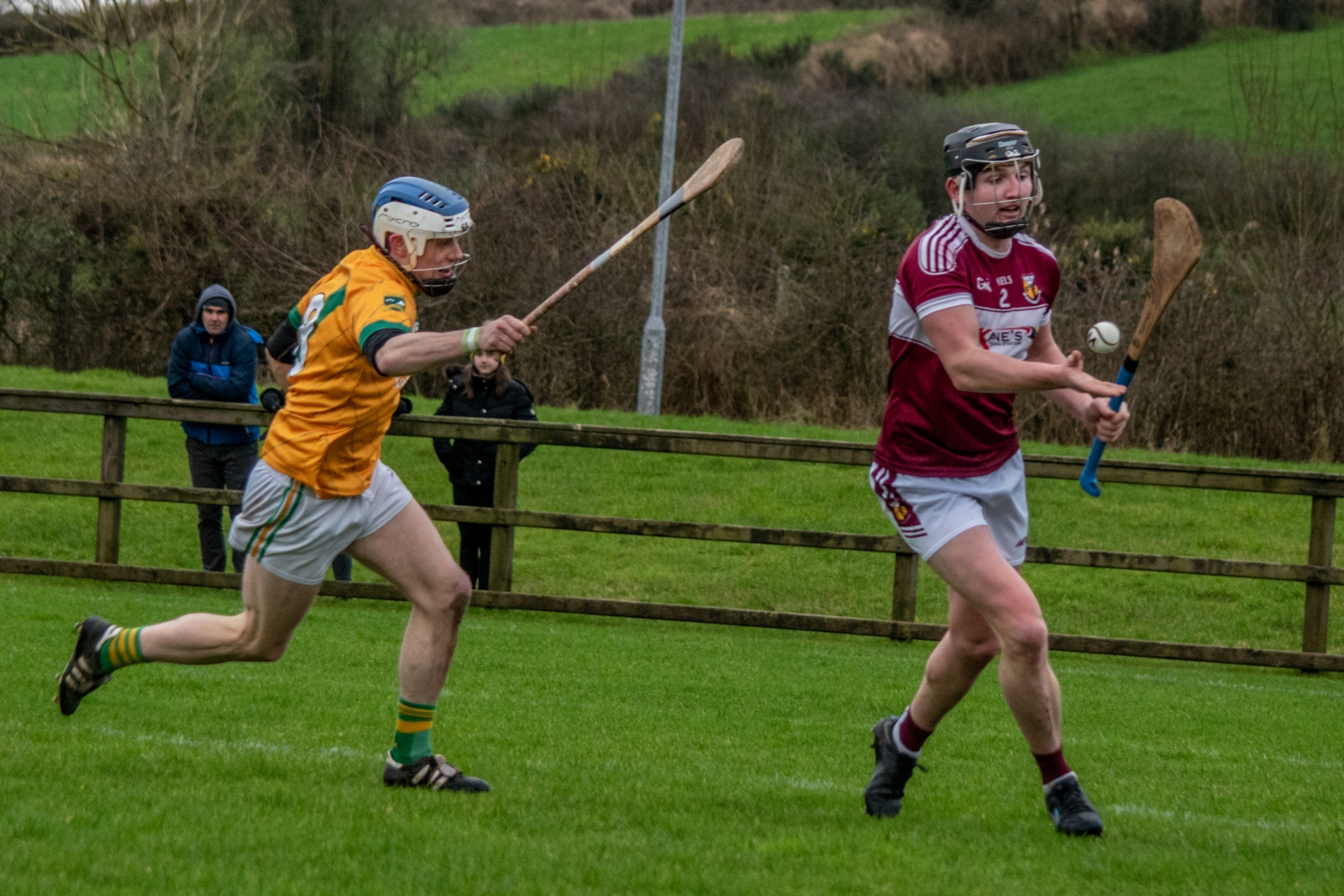 “It was a very heartening display of intensity and skill, but there were one or two wee small things that we understandably left behind us.

“You regret those, but the challenge now is how to fix those. It's about execution at that level and that intensity.”

Lynch is hoping the experience at that increased level of competition will stand his side in good stead as they navigate the quick turnaround to the 2022 season.

“We don't want to lose the level of hurling we've got used to in the last while, because that's where we'd like to play at,” he said.

“We want to show our hurling at a higher level. Slaughtneil are still going to be out in front of everyone in the Derry hurling championship, and the rest of us would like to get as close as possible.

“That's what this competition has given us; three or four months of hurling at a high level that we just wouldn't have had.

“Before yesterday, our last defeat was the senior semi final against Kevin Lynch's which was a hard pill to swallow, because our underperformance was a big factor.

“If we had won that game, going into a county final with a Slaughtneil team on fire, and our season could have ended. 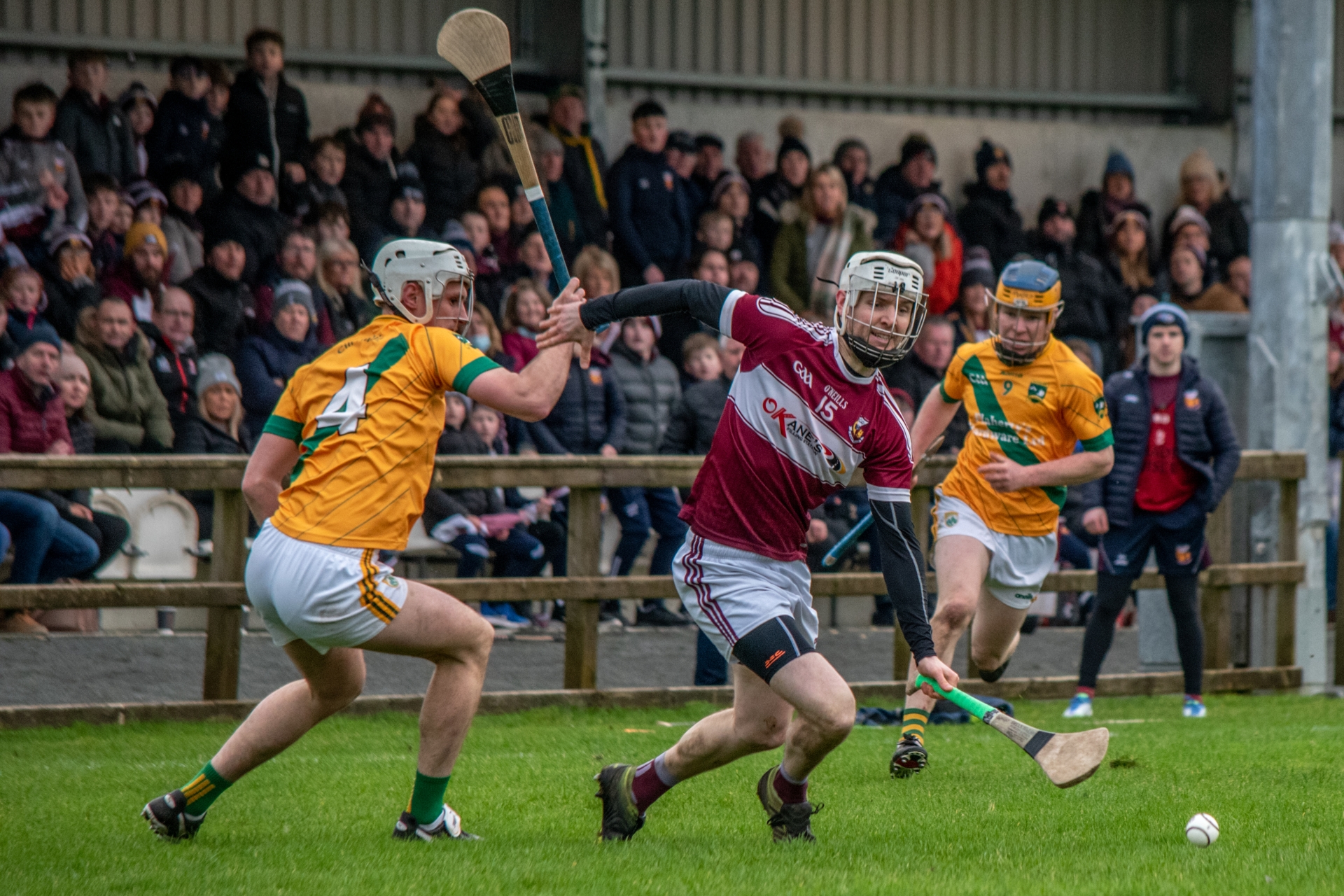 Steafan McCloskey got Banagher's goal in their All-Ireland semi final.

“That defeat catapulted us into a different competition and from there the players really drove on. That day in Celtic Park, we said if anyone wanted to down tools, step aside and someone else will step up.

“I then had 32 players that put their shoulder to the wheel and that's how we ended up in the last four of this competition.

“There is a lot of pride to take from it; a lot of positives. Right now, it's draining to get that close.”

The manager had one final word for the supporters who he said 'made the most' of the easing of restrictions in the South to travel in their droves.

“They met us in large numbers again when we got back to the club, which we weren't expecting, but it was nice to be able to acknowledge them one last time,” he added.