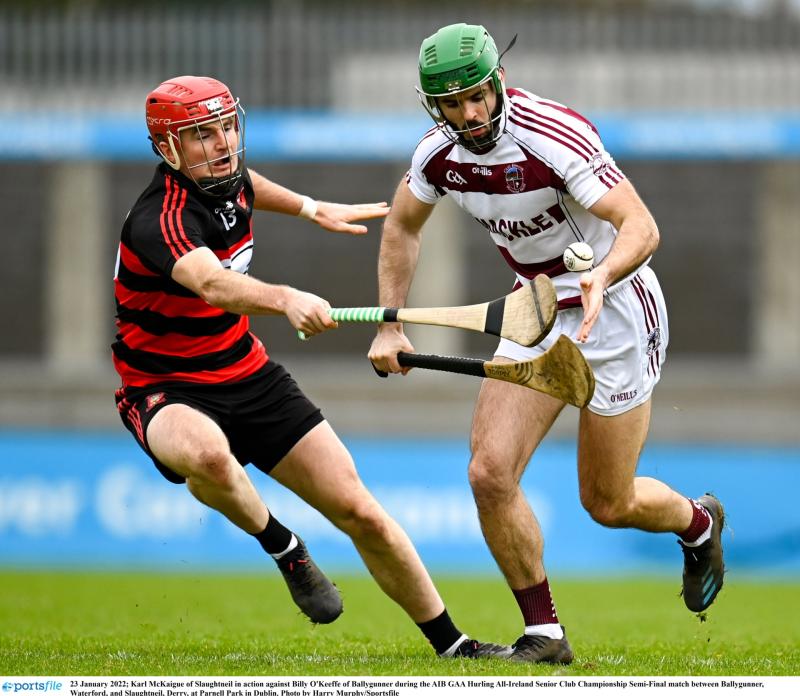 There was disappointment today for the hurlers of Slaughtneil and Banagher as both clubs lost out at All Ireland semi-final stage in their respective club hurling championships.

Slaughtneil were beaten by Ballygunner in Parnell Park by five points on a 1.17 to 2.19 scoreline in the All Ireland senior club semi final.  Early goals at the start of both halves for Ballygunner left the Slaughtneil men chasing the game, and although they put up a strong battle they were unable to stifle the 'Gunners who will now face the winners of Ballyhale Shamrocks and St. Thomas.

In the Connact Centre of Excellence this afternoon, Banagher lost out to Kerry side Kilmoyley by six points on a 1.12 to 2.15 score.  The North Derry men had Kilmoyley well marshalled all through the first half, and pulled away in the first quarter of the second half, only to see the Kerry men dominate the last 15 mins to run out eventual winners.