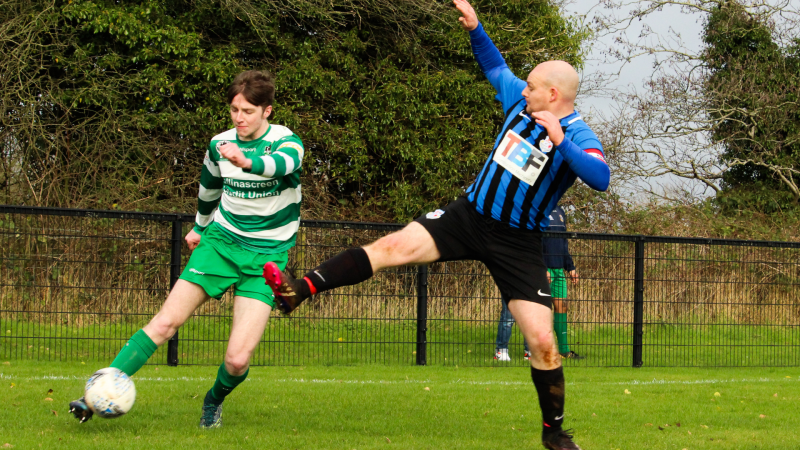 It was a very entertaining and physical game at Garvagh on Saturday as DC took on Garvagh in the Steele & Sons shield and the home side were one up with their first attack after just a couple of minutes.

DC could have been level and even one up by the 20 minute mark with McKee and Bradley both coming perilously close but did level up when Haskins got on the end of a Bradley corner to head home.

Mackle thought he had given us the lead after thirty minutes only for his header to come back out off the underside of the bar, he would have deserved the goal for the performance he put in today.

DC did take the lead just before half time when Irwin chased down a dead ball and squared it in for Bradley to tap home and make it two goals in two starts for the club.

Bradley could have had a second when a well worked free was delivered into the six-yard box but the ball whizzed over his head and ended up being turned into the goal by a defender, to be fair to him there was nothing much he could have done about it, 3-1. Moments later, an almost identical move evaded everyone, and the half ended 3-1.

The second half started as the first finished with McGuigan, Conway and Mackle making nuisances of themselves in the middle of the pitch, but it was Garvagh who struck first pulling one back early in the second half, the DC lads stopped momentarily expecting an offside call, Garvagh converted. 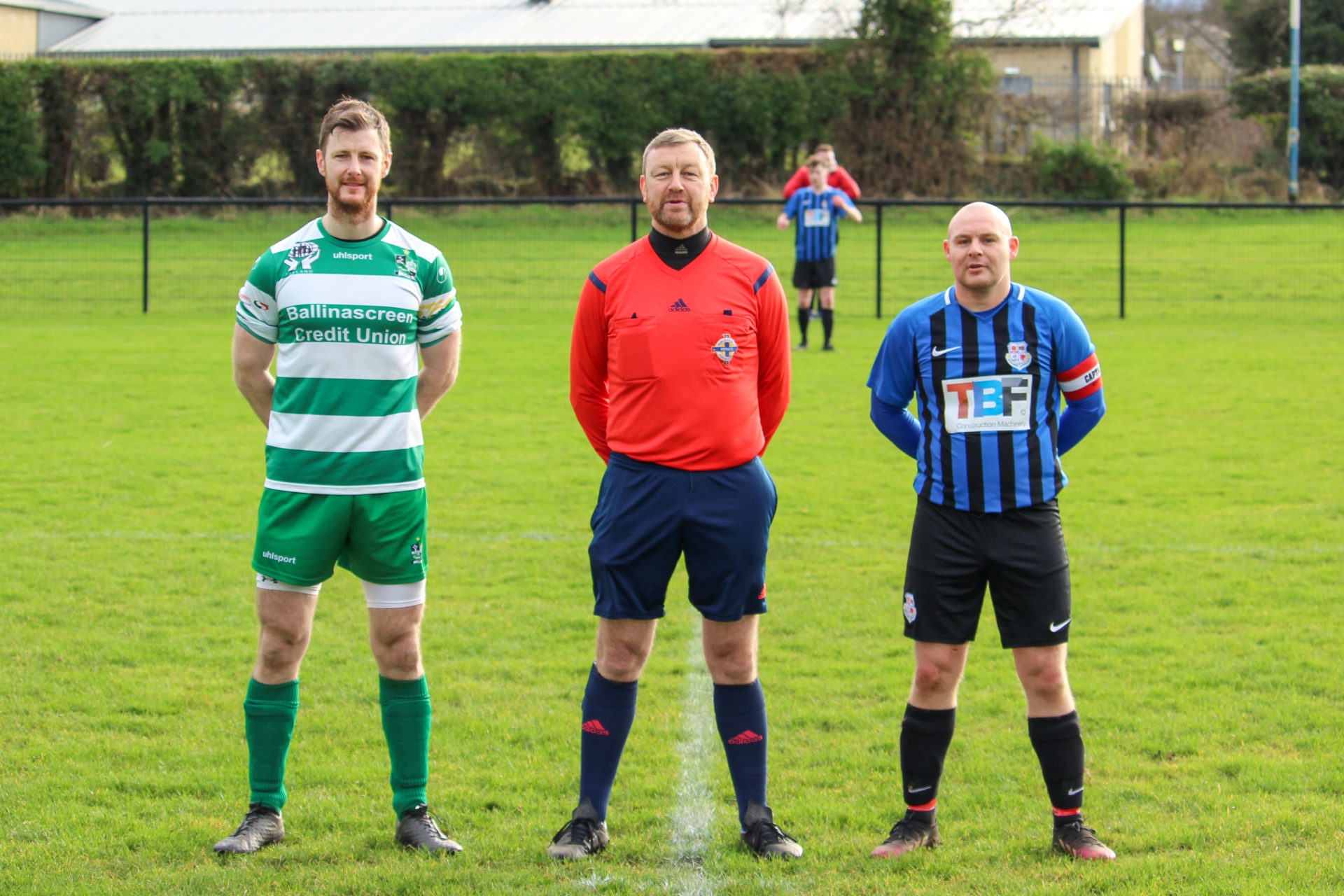 Both Bradley, with a header, and McKee had chances to restore a two-goal lead but couldn't finish. It took a fine save from the Garvagh keeper to deny Bradley from close range on the 65th minute.

Garvagh weren't without chances and sent a header and shot wide within minutes of each other. McGugian was constantly getting himself in to dangerous positions and teed up Mackle nicely, but he had too much time and floated a tame effort wide.

John Higgins came on for Irwin and almost made an instant impact when he sent a great ball to Bradley who just couldn’t convert.

A frantic and nervous end to the game ensued but Bradley eventually settled it with a goal in the dying seconds to continue a fine start to life at DC.

All round it was a very solid team performance with every man battling hard for each other until the very last whistle and any one of them could have been man of the match on another day, but Karl McGuigan took the honour on the day for his pivotal role in the build up to a few of the goals.

Another very good performance from the 2007s team on Saturday. The lads came out very positive after the previous win against a very strong Limavady team. Limavady started much stronger and caused more problems with their aggressive tackling and never ending pressing.

the first breakthrough came when Gabhan played a lovely through ball to Shea Murray and, full of confidence, slotted it in to the bottom corner, 1-0 DC.

Five minutes later Gabhan hit a lovely curling shot that just clipped the top side of the crossbar. The boys finished the first half one goal up.

In the second half,  they started with some lovely passages of play but just couldn’t find a way through their defence.

They won a free kick just inside Limavadys half and Fintan lobbed in a great ball to Jake who finished it well with a lob over the keeper to put theads two goals up.

All round a great day with big performances from everyone including all the subs who saw out the win with some good tackling and hard work. Well done lads. 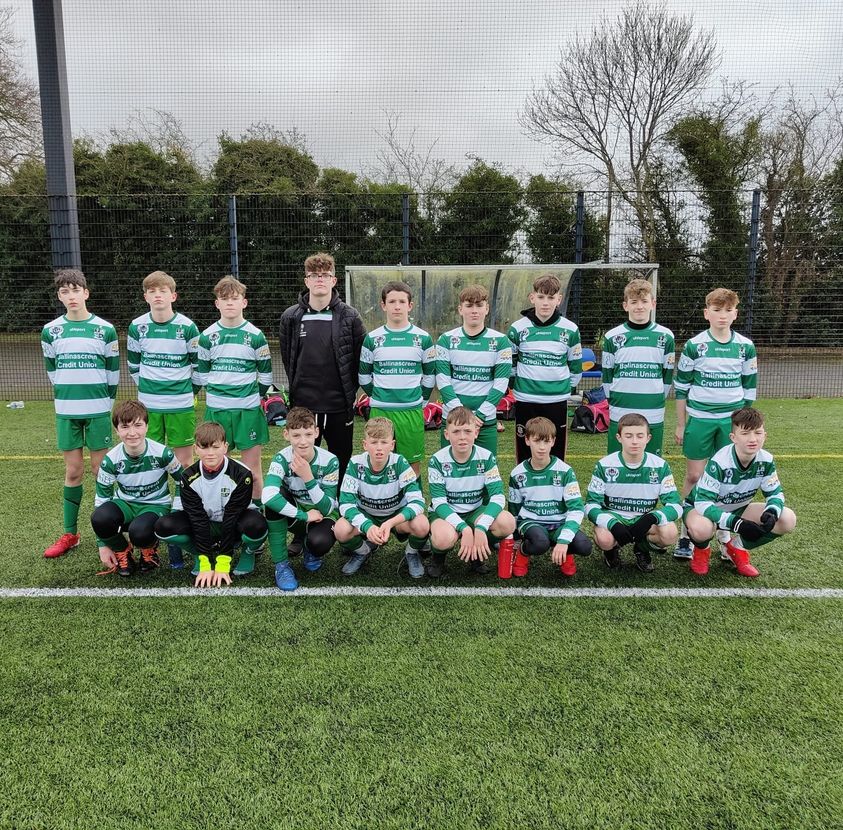 It was another solid performance from the 2008s on Saturday but the scoreline doesn't reflect how dominant the lads were. In the 4th minute a low cross was deflected into the Portstewart goal.

Continuous pressure for the next 24 minutes finally led to the second goal, put in the top scorer by Daultagh. Half time 2-0.

The second half followed the same pattern and but for a great display of goalkeeping from the Portstewart keeper, the scoreline could have been much different.

Following persistence from Odrhran, the third goal finally came. Michael H was unlucky twice with towering headers, one came off the crossbar and the keeper turned the other onto the crossbar. The lads are working hard and starting to really click. Final score 3-0.

Between an admin error and some late COVID withdrawals, the 2009s travelled to Eglinton with just the bare eleven to face Eglinton Eagles.

Knowing that they'd a difficult task ahead of them, the 2009s were camped in their own half, conserving energy before attempting to hit Eglinton on the counter.

The DC backline of Conall, Ben, Dara L and Noah Mc stayed strong against the Eglinton attacks, and were well backed up by Michael in goals, who is looking more comfortable with each game that he plays.

Eglinton took the lead in unusual circumstances, their goal coming in the 17th minute from an indirect free kick. Despite the setback, DC were not disheartened and had themselves an equalizer 9 minutes later.

Darach, who was immense in midfield with Conan, whipped a teasing ball into the box that forced a spill from the Eglinton keeper, the ball falling for Noah M to beautifully lift over the keeper.

It looked like DC had managed to take the lead, Eoghan nipping in front of the keeper and directing the ball goalwards off his left foot, but the Eglinton defence were able to recover, preventing John from providing the finish.

However, it was Eglinton that took the lead on the stroke of half time, a sublime finish from the right hand side of the penalty area.

The second half followed a similar trend to the first half, but a tiring DC struggled to break out. Although they tired, the lads fought to the bitter end, holding Eglinton off for the majority of the half, until the 55th minute when they doubled their lead. DC finished the game as Shea M came off with an injury, we wish him all the best and hope he recovers soon.

Credit to the boys today, it could have been easy to wilt given the circumstances, but they dug in and pushed a strong Eglinton side right to the very end. If they can carry that spirit forwards it will serve them well going into the rest of the season.

Our 2010s came out on the right side of a 3-2 scoreline against Coleraine 2011s at HGYFL in Coleraine. In what was one of the toughest outings of the season so far for the young Celts, the boys showed great attitude and work rate against a well drilled Coleraine outfit.

Having fallen behind mid way through the first half after being outplayed in the early stages, the boys really dug in and played their way back in to the game They then got a deserved equaliser, when Joe stroked home a great pass from Ronan after 18mins.

Early in the 2nd half, Fionn C put the hoops ahead after good work from Daniel. Coleraine struck back a few minutes later through a back post finish from a corner.

The final 15mins was end to end as both sides pushed for the winner, and it was DC who got it when Caolan finished with 5mins to go.

A great squad effort once again, with everyone showing great effort and desire. 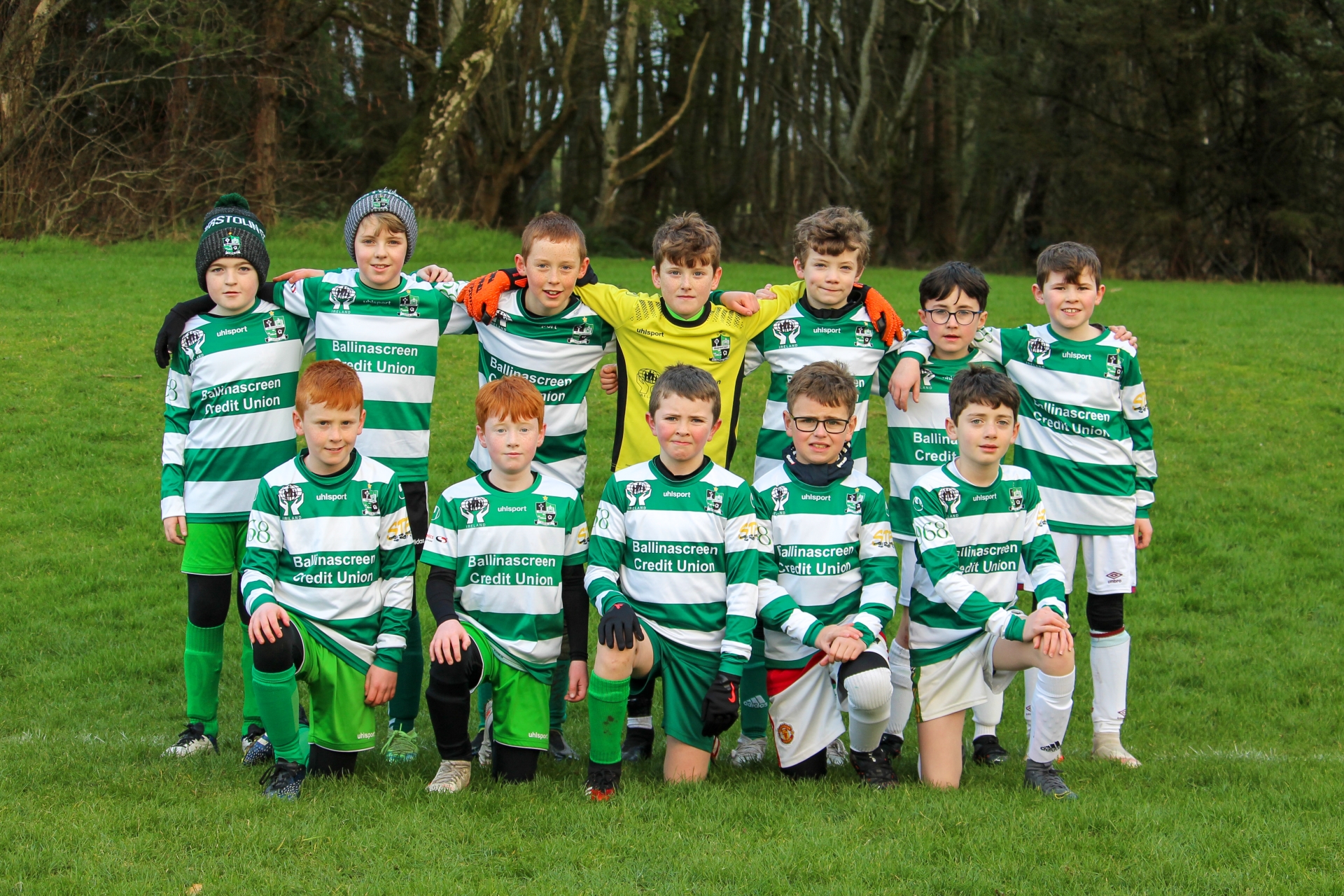 The 2011s sent a squad to the Harry Gregg Foundation on Saturday morning where they were involved in a very entertaining and high scorning game against Maiden City.

The lads suffered an early setback as Maiden City took a quick lead but soon regained composure to equalise and then move in front but Maiden City pegged them back by half time.

The Derry side came out stronger in the second half and scored a couple without reply to put the result beyond doubt before the young Celts scored a late consolation. Well done lads.

Sky Blues exit the Shield at the hands of Dunloy

A John Young header had given the home side the lead.