Sky Blues exit the Shield at the hands of Dunloy

A John Young header had given the home side the lead. 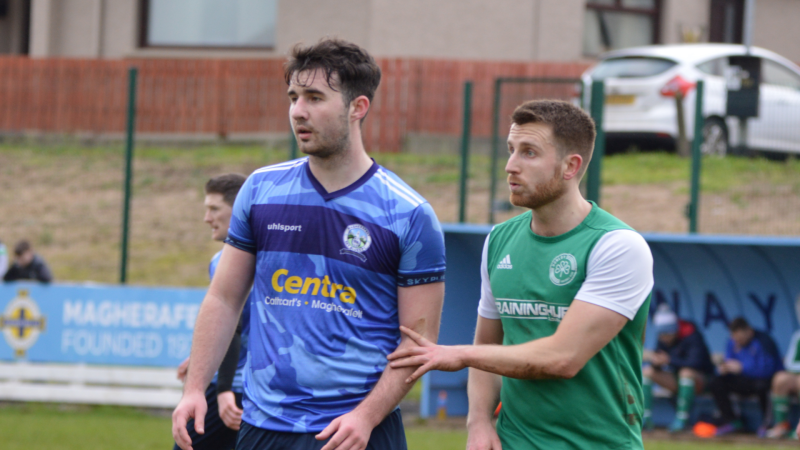 All eyes on the ball at Spires Park on Saturday.

The Blues entertained Dunloy Reserves on Saturday at Spires Park in the Steele & Sons Shield and their long unbeaten run came to an end against a very talented Dunloy side.

Dunloy started the better of the two teams and had the Blues defence under pressure from the start of the game. 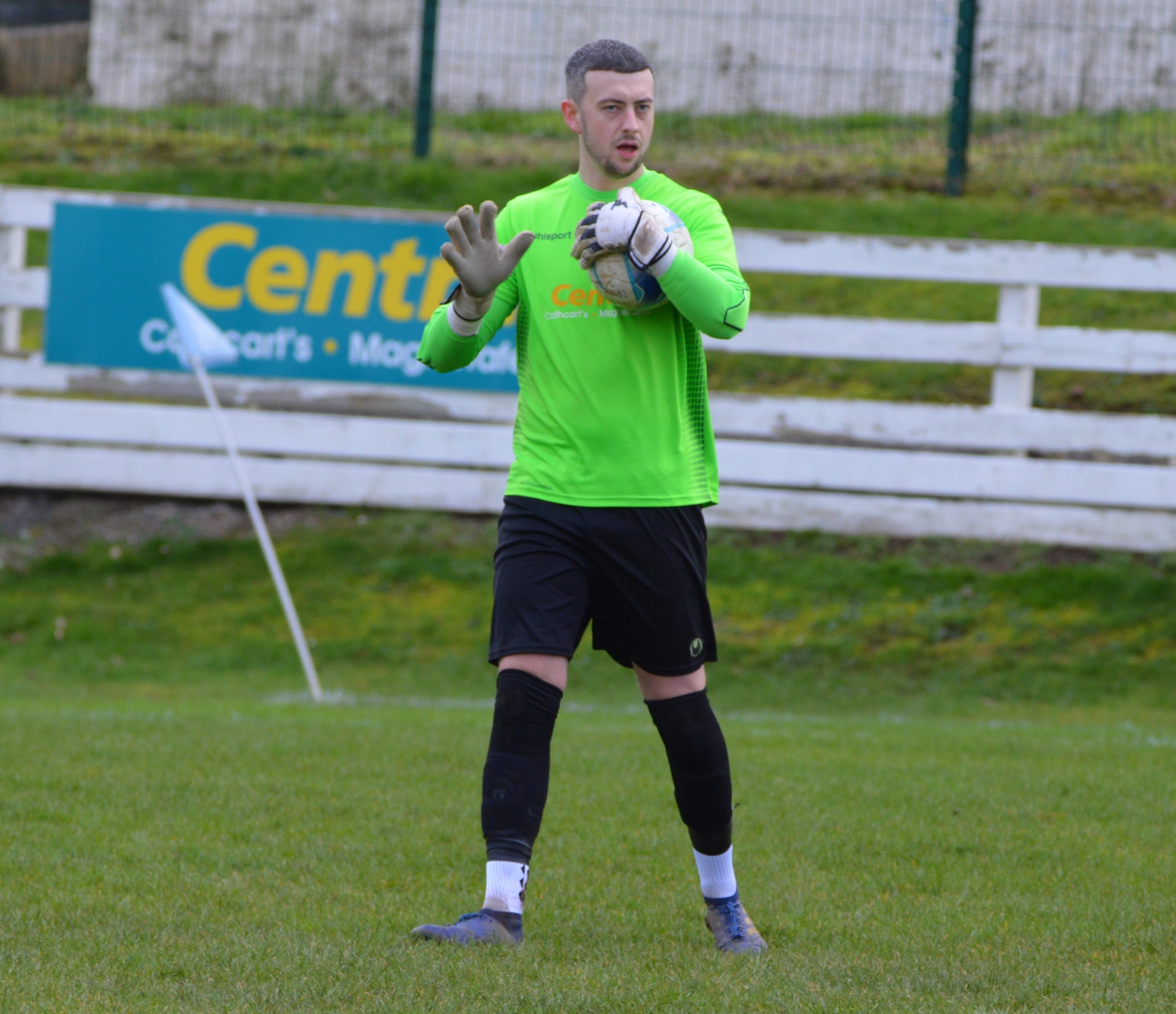 Man of the Match Aaron Cassidy.

Against the run of play Blues took the lead in the 38th minute with a John Young header from a corner kick to put the Blues in front, a lead that they held until halftime.

The second half resumed with both teams trying to establish a firm hold on the game. It's was Dunloy who equalised and shortly after that, they went 2-1 up.

Aaron McGlade almost equalised when he hit the post from a free-kick and with a few minutes to go McGlade again fired in a great cross narrowly missing the Blues strikers as they pushed hard to get the equaliser, but unfortunately, it was not to be and Dunloy progressed into the next round.

On the day Dunloy was the better side and deserved the victory and we wish them well in the next round. 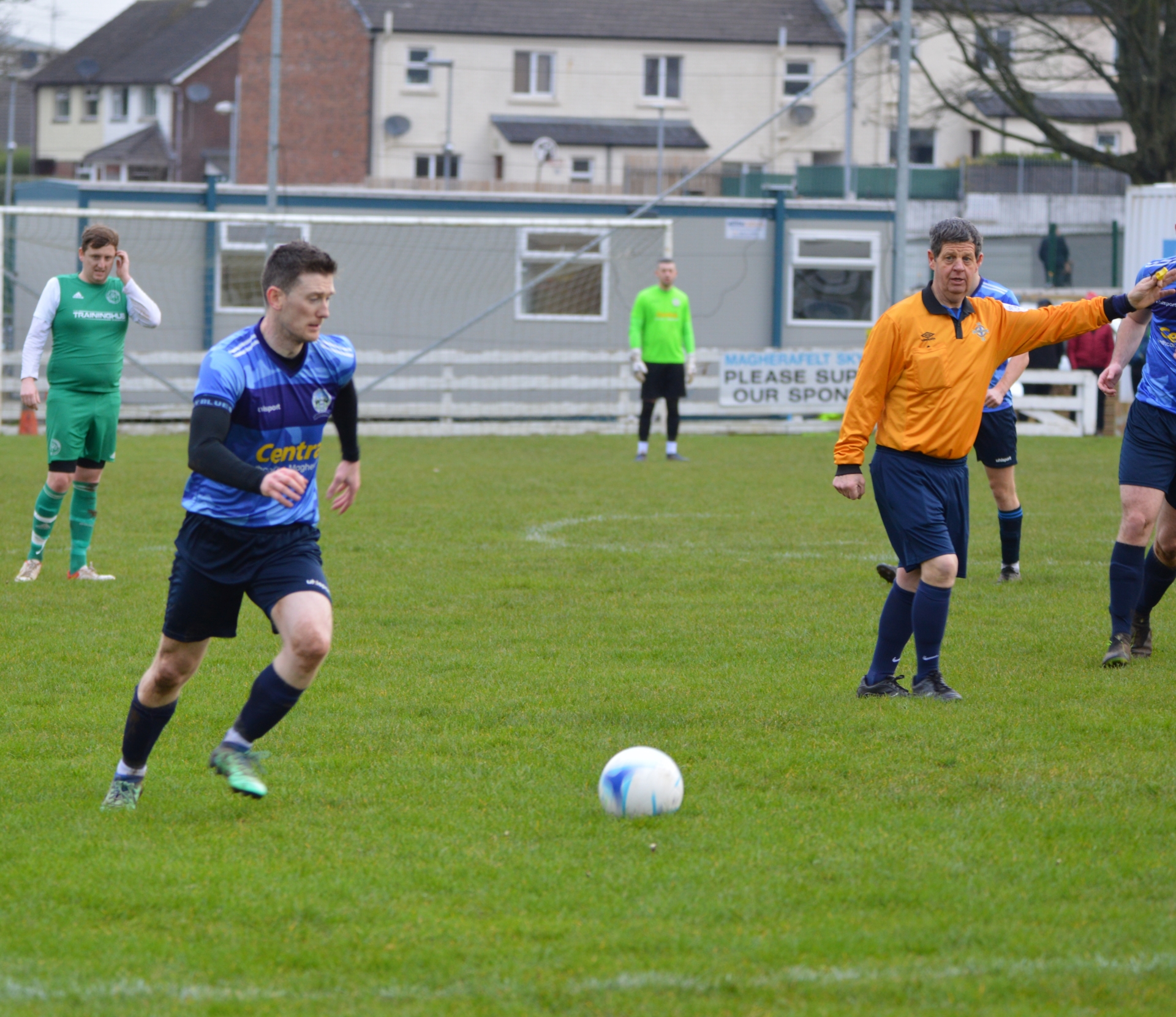 Next Saturday the Blues make the short trip to Draperstown Celtic for the local derby in what has always been a tight contest especially with League points at stake.

Thank you to Paul Cartin, Sure Contracts for Sponsoring the Match ball, and to Mickey McGrogan for all his action photographs.

The Magherafelt side are through to the last 16 of the Irish Junior Cup.
ADVERTISEMENT - CONTINUE READING BELOW