The Magherafelt side are through to the last 16 of the Irish Junior Cup.

The winning Sky Blues side.

Magherafelt Sky Blues progressed into the last 16 of the Irish Junior Cup after a narrow 1-0 win over a strong Belfast Athletic side at Spires Park on Saturday.

In a game of few chances the Blues put on a strong gritty display with the best chance of a tense 1st half landed at the foot of Aaron Mc Kee who blasted his shot high and wide.

Odhran Madden had a chance as well but chipped the ball into the keepers arms.

The Blues back four of Mc Kee, Badger, Mc Quillan and Young were rarely troubled and dealt well with anything that was thrown at them as the teams went in level at half time. 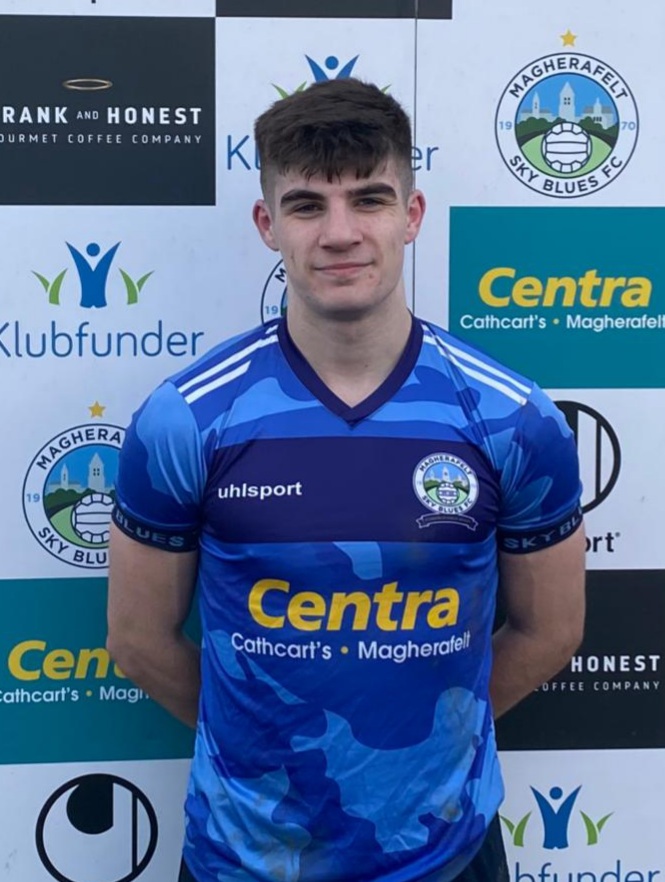 The second half was much the same as the first and the Blues began to dominate the Belfast side as they looked to force the breakthrough.

Lorcan Quinn fired just over the bar and substitute Rossi made the goalkeeper pull off a great save with 10 mins to go, but the 90 minutes ended 0-0 and extra time was required.

During the first period of extra time Aaron McGlade came close as did Lorcan Quinn, but finally the breakthrough goal came.

In the last minute of extra time, Rossi collected the ball and slipped it through to Mc Glade who coolly slotted the ball under the advancing goalkeeper to seal the Blues' place in the last 16.

It's back to more local action this week as the Blues are at home to Dungiven Res in the Matt Morrison Cup.

Four for Flanagan as Maghera stroll to victory over Upperlands

The Glen man was making his second debut for the Strollers.
ADVERTISEMENT - CONTINUE READING BELOW