Heartbreak for Maghera as St Louis overturn half time deficit

The Antrim girls booked their place in the Corn Uan Uladh final. 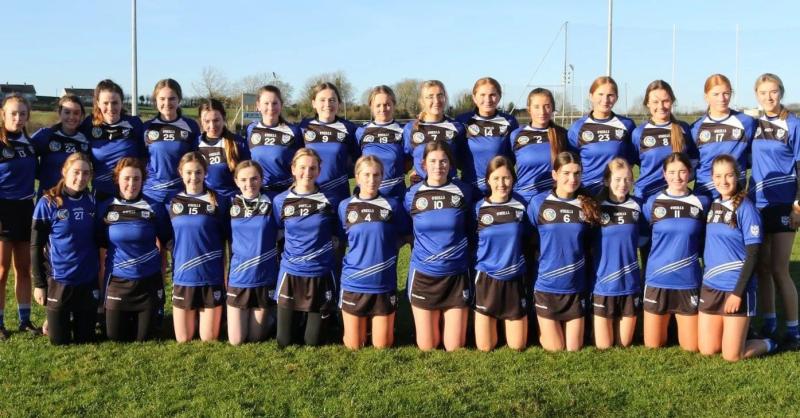 IT IS difficult to explain how St Louis Ballymena yesterday turned a half-time deficit of 4-4 to 0-4 around to progress to this Saturday’s Corn Uan Uladh senior camogie final.

They were not totally outplayed during the opening half, but they were certainly second best to a Maghera side that knew where the posts were in Ahoghill.

That changed completely after the break and Maghera were pinned back into their own half for long periods. And St Louis kept getting in for goals with little response at the other end.

By the 10th minute they had conceded three goals almost replicas of each other! A long ball out of defence for Carla McEldowney in the right corner.

The low cross was picked up by Aimee Lennon for the first two goals. Then Bellaghy club-mate Caoimhe Chambers finished the third goal.

St Louis were forced to bring Katie Molloy back as sweeper to close out the goal threat and that took the bite out of their attack.

There was a bit of luck with Maghera’s fourth goal at the end of the first quarter, goalie Orlagh Convery perhaps blinded by the sun as Evanne Martin’s shot came in.

Maghera remained on the attack for the rest of the half and deservedly led by 4-4 to 0-4 at the change of ends, Ballymena’s only chink of light being a late point from Anna McKillop.

Kyra Doherty got the second half off to a flying start with a goal for Ballymena and when McKillop added a second after 36 minutes, St Louis had their tails up.

Minutes before the second water break Katie Molloy drove through the centre and fired to the net to leave just two points between the teams at 3-6 to 4-5.

Evanne Martin’s point from a free on the re-start didn’t shift the momentum and McKillop fired in a fourth Ballymena goal to level the tie. Eimear Johnstone might well have got a fifth Ballymena goal minutes later, but her shot rose over the cross-bar instead.

Evanne Martin levelled from a free, but McKillop at the other end knocked over the winning point from a dead ball four minutes from the end.

There were a couple of late chances for Maghera to take it to extra time, but St Louis held on to make it an all-north Antrim derby with Cross & Passion Ballycastle in the final for the third time out of the last four.

CPC had things all their own way in the other semi-final against St Mary’s Magherafelt in Ballymena, scoring eight goals and five points in the first half alone and five of those from Cassie McArthur.