Gallagher: The nature of the McKenna Cup has changed 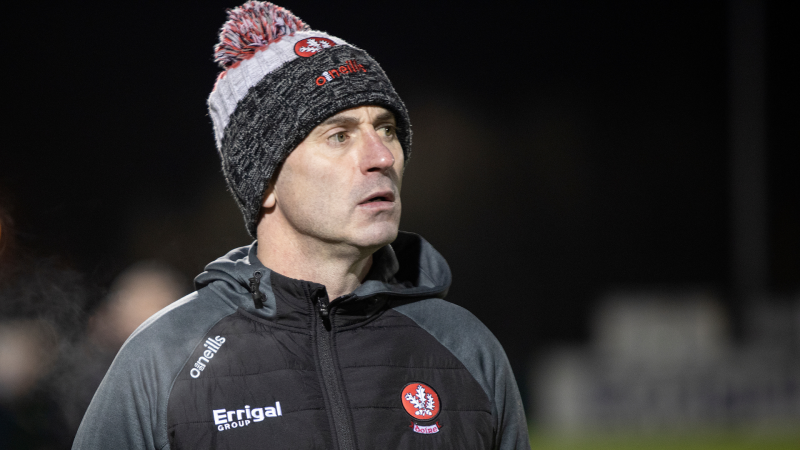 Both sides approached the game with winning intent and yielded little to their opposition, with Derry digging out a draw with the game's final kick from Ethan Doherty.

Gallagher said the game was an indication of the progress made by the side in the last three years.

“It was a very intense game to be honest. I was pleased with a lot of how we performed. Monaghan had on a number of players who played last year's championship; they were strong,” he said.

“They looked like they were going to win it, but in the end, I'm happy to get a point. It was a brilliant ball from Matthew and Ethan made an incisive run, so we're happy enough with the draw really. 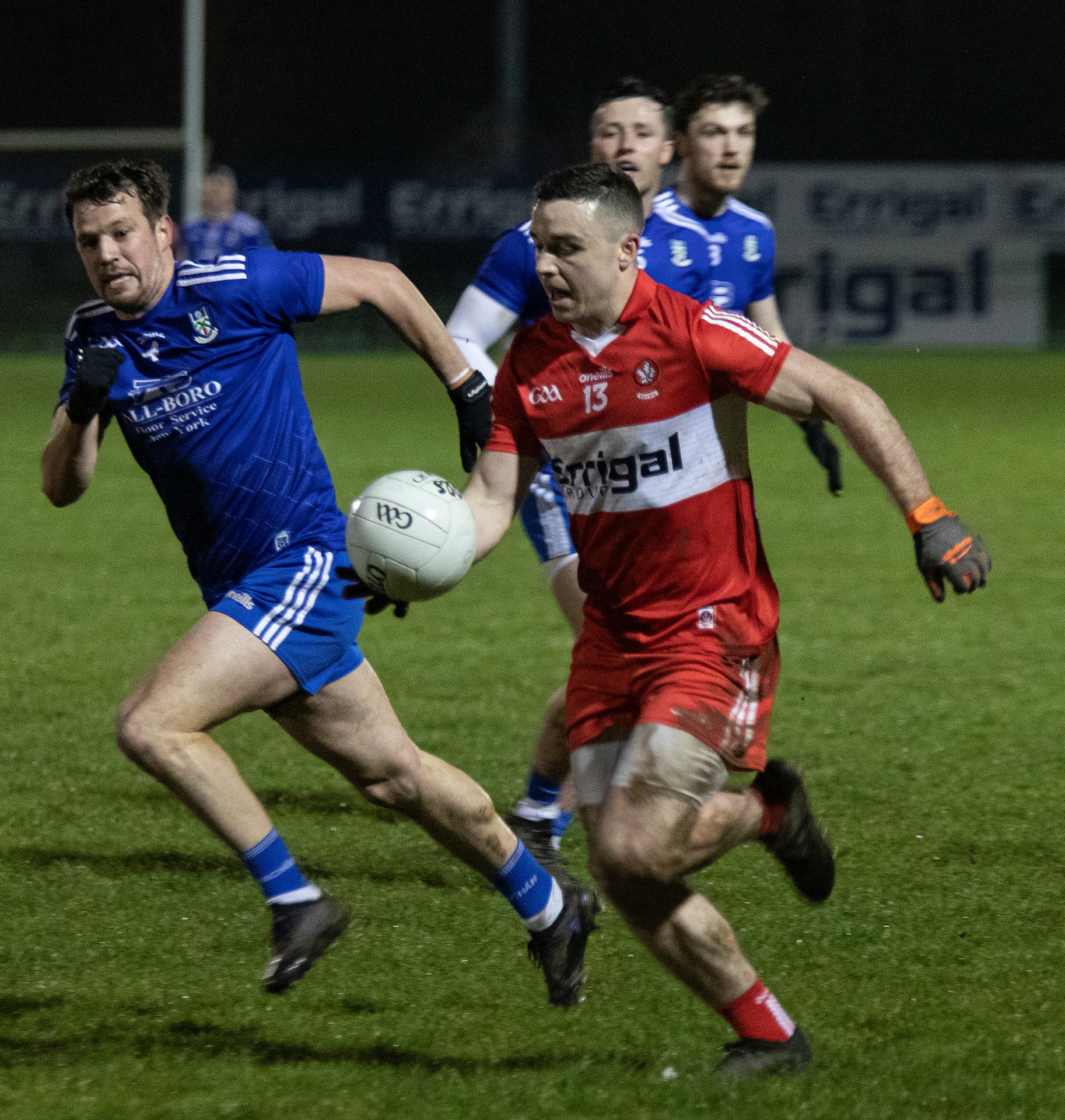 “Niall Toner's move was brilliant, and Michael McEvoy is no soccer player - as we were slagging him there - and Ethan at the death could have gone for the goal.

“We played Monaghan a few years ago round this time in Inniskeen, and while we were very spirited, we were a shambles.

“Monaghan came up to Division 1 in 2014 and haven't come back down. They've done things right over a consistent period of time, but we want to catch them up and pass them out.

“It'd be great to be playing in an Ulster semi final, if it worked out like that, but from the point of view of the intensity and the attitude, and playing for each other, it was quality.

“Today, we're a better team, even though we're short a few of our star players.”

The Glen defender hit the Oakleaf side's last two points of the day.

The absence of a few key men through injury, as well as unavailabilty, meant opportunities were handed to a few of the squad's younger players.

Matthew Downey and Lachlan Murray, two stars of last year's minor side, both made encouraging debuts, while Oisín McWilliams stepped into midfield and had a fine game.

The Fermanagh native was also keen to stress that anyone handed a start has had to work for it.

“I don't agree with giving people a game just for the sake of it. They get their opportunity in training and that's your chance. If you don't do it in training, you don't get on.

“The nature of the McKenna Cup has changed. In Ulster now, you've four Division 1 teams. Down were in an Ulster final in 2017, Fermanagh in 2018.

“I think you have a lot of very good teams. Antrim are on the rise. The shortened season has probably taken away a bit of the casual attitude to the McKenna Cup; ever team wants to hit the ground running. 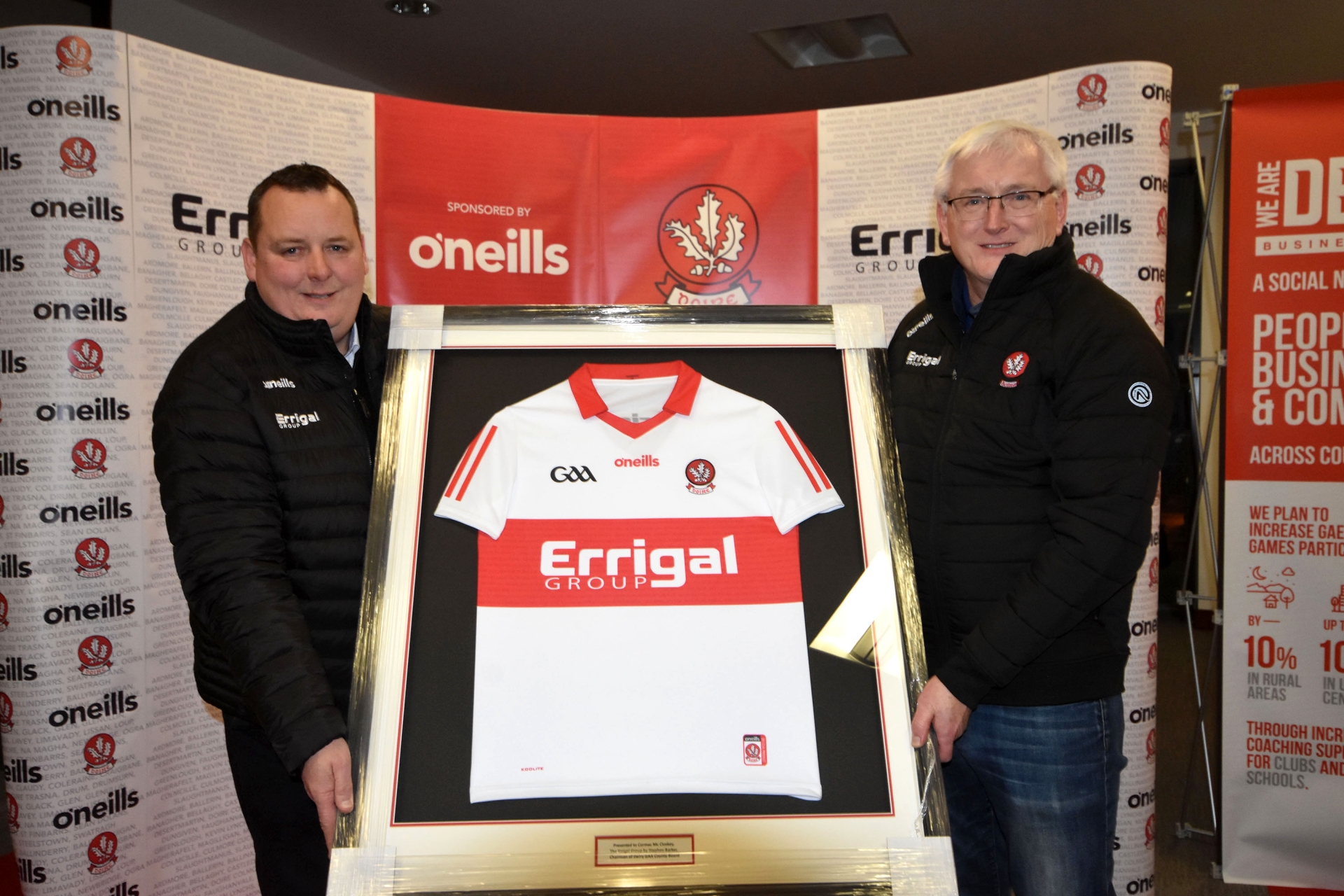 Gallagher is hopeful some of his injured quartet may be available for this weekend's game against Fermanagh in Roslea.

Conor Glass and Ciaran McFaul missed the game through what the manager said were 'slight knocks' while Padraig Cassidy and Gareth McKinless could also be in contention next week.

As a final word, Gallagher welcomed the county's new sponsors, Errigal Contracts, and paid tribute to the outgoing sponsor H&A.

“I want to welcome Errigal Contracts. We're delighted to have them, we met a few of the lads there and I know one of the business partners is from Monaghan,” he said.

“It's a positive sign for where we're going, but I also want to put on record our appreciation and that of the county board to the McWilliams family.”

Cormac McCloskey made the comments at Derry's official jersey launch at Owenbeg.