The Glen defender hit the Oakleaf side's last two points of the day. 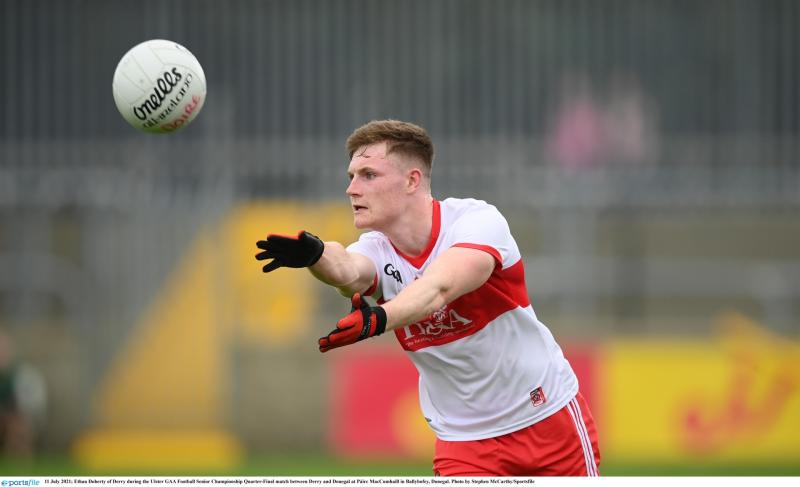 A late, late Ethan Doherty point secured a draw for Derry in their McKenna Cup opener against Monaghan in Owenbeg.

Derry had led from early in the game when Niall Loughlin gave them the lead after just three minutes, and points from debutant Lachlan Murray and Emmett Bradley saw the Oakleafers lead by 0-7 to 0-5 at half time.

Monaghan sprung a number of changes, and had five made by the time Derry introduced Declan Cassidy in the 57th minute, with Mícheál Bannigan contributing 0-4 off the bench.

A 62nd minute free from Jack McCarron nudged the away side ahead, but Ethan Doherty's immediate response levelled matters again.

With the game deep in injury time, Kieran Duffy found room and sent over what the Farney men must have thought was the winner.

Doherty though, broke onto a Matthew Downey through ball and with the whites of Rory Beggan's eyes in front of him, tucked it between the posts to ensure Derry started the season with a draw.