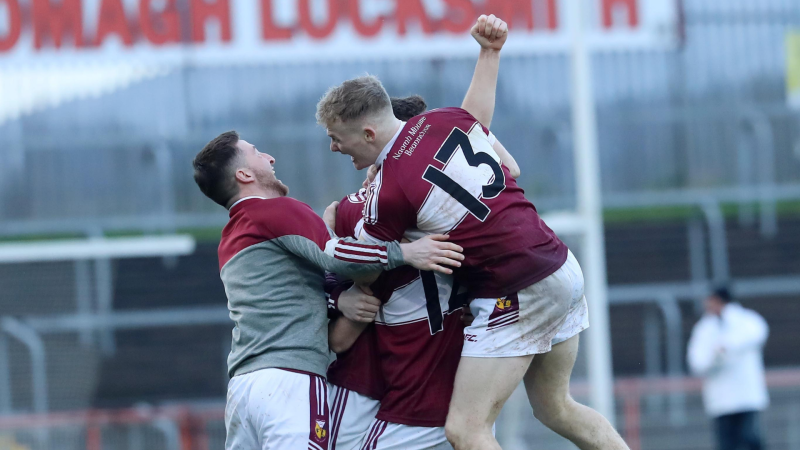 The Banagher players celebrate their Ulster victory on Saturday. Pic by Philip Walsh.

At 23, Liam Eoin Campbell is among the younger members of what is an experienced Banagher squad who can now call themselves Ulster champions.

The corner forward hit two points in their win over Lisbellaw on Saturday, and although young, is very aware of what the season has meant for the club.

“You see it out there, it means the world to everyone. Old, young, every generation, it means more to us than anything,” he said.

“A few weeks ago Ruairí Roe said in training that he'd been playing senior 18 years and he'd never got near Ulster.

“I'm only 23, and this might be the only time I ever get here, so it's a special moment when you see everyone together there today.”

While deservedly celebrating the success, Campbell also has an eye on the future.

“I can't honestly put it into words. It's unbelievable. To be Ulster champions is insane, we never thought we'd be here,” he said.

“We'll take that as it comes. We'll get back into training, we train hard and we deserve this at this point, but we'll take whatever comes to us and hopefully go as far as we can.

“If not, Ulster is a massive achievement for us regardless, and hopefully next year in Derry we can push Slaughtneil and Kevin Lynch's and see where we can go.”