Lynch: Banagher side are thumping at the glass ceiling

The St Mary's manager was in fine form after his side's Ulster final win at the weekend. 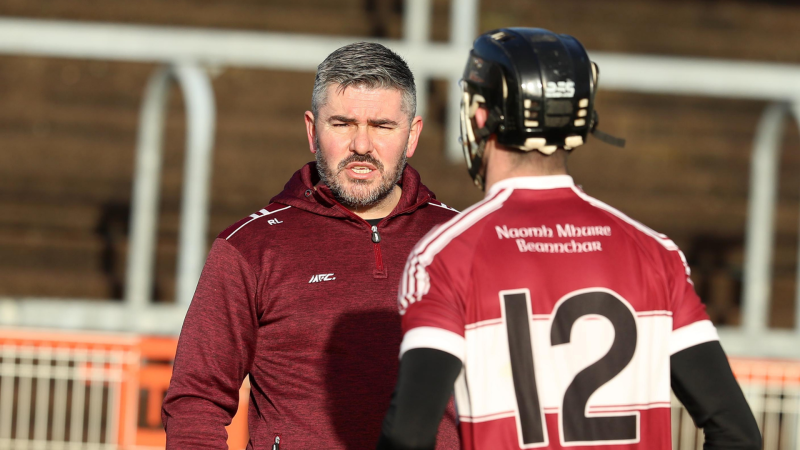 His Banagher charges celebrated on the field in front of him. Behind him in the stand, a few stragglers pottered around as the Omagh stewards began to clear the aisles and tidy up.

Ryan Lynch was the picture of joy and satisfaction as he spoke to reporters after his side had defeated Lisbellaw on Saturday to win the club's first Ulster title.

“For the players, their families, wives, girlfriends and the parents here. We're a tight-knit community, and I know a lot of people say that, but this is what got us over the line in every game.

“The opposition finds it hard to score against us. People say the defence is very strong – the front six are doing the work. The back six are tidying up.

“We are going to enjoy the hell out of the next few days. We are proud to be Ulster champions for the first time.” 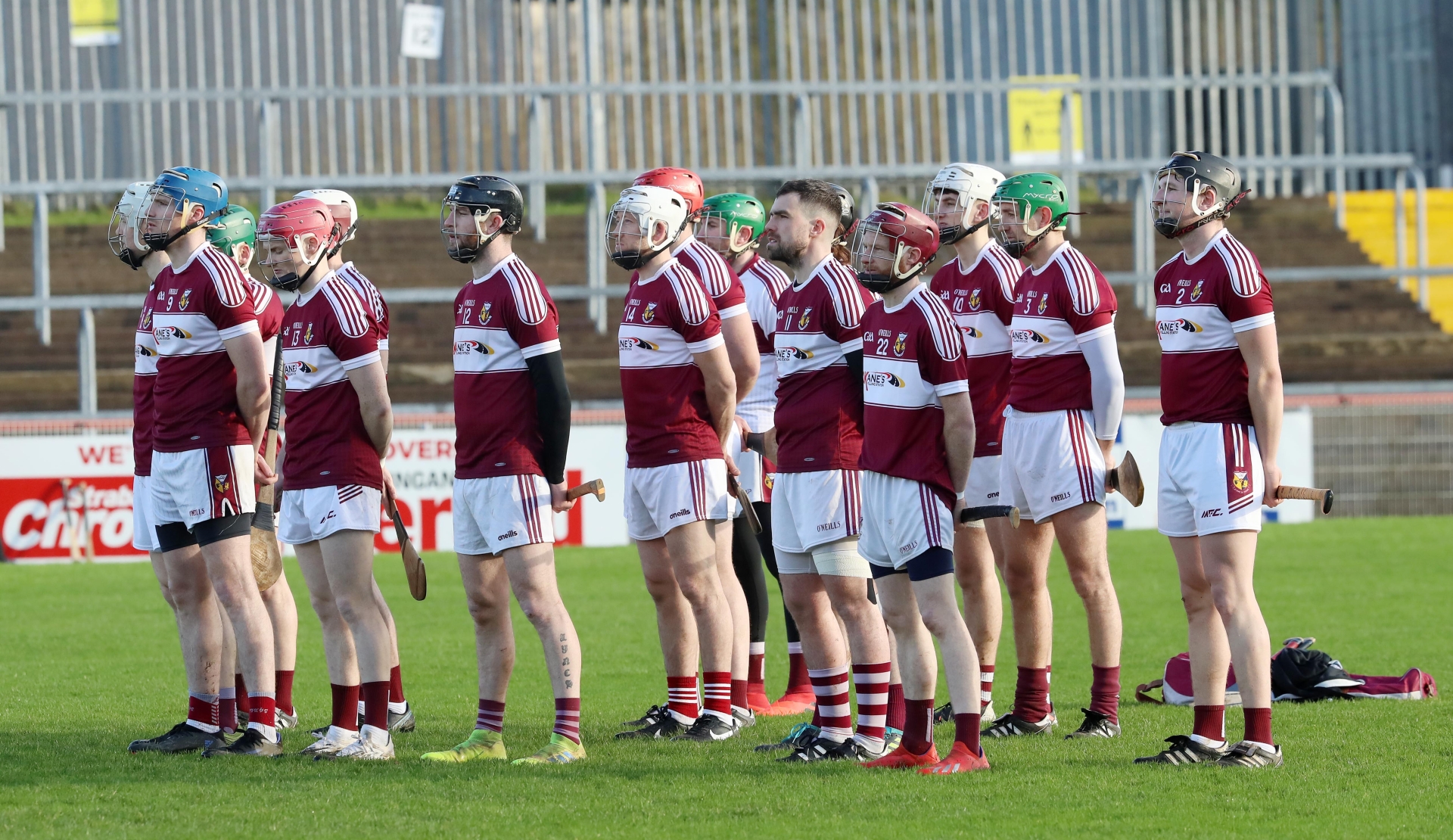 Banagher line up before the match. Pic by Philip Walsh.

A glance at the points against column for the men in maroon and white reveals a stingy defence, and Lynch was keen to praise the entire squad for a collective effort.

“The opposition finds it hard to score against us. People say the defence is very strong – the front six are doing the work. The back six are tidying up,” he said.

“Technically, we look at things like shape and positioning, but in general, those defenders just know what they're doing.

“Lisbellaw was exactly as I expected, a very tough opposition. They were quick up front and asked a lot of questions of us.

“We said if we were beaten today, we'd be beaten by the better team, but if we work as hard as we can, we'll give ourselves a chance.

“They are a superb outfit and we'd be honoured to share the pitch with them again in another championship match if it came down to it.”

The Derry champions took a while to get going, but after Brian Óg McGilligan's 28th minute goal settled them, they pushed on in the second half to take the title.

Driving the team on were the words of the suspended Oisín McCloskey in the half time dressing room, with the team determined to reach the semi final for him.

“We had three asks; one – win an Ulster title, two – get to play in an All-Ireland series and the third was for Oisín Roe to get to play again,” said Lynch.

“Oisín says very little, but his actions speak louder. He spoke before the game and actually spoke at half time, so when he talks, they listen.

“Now he gets to step out on the grass in an All-Ireland semi final and show how good he is.”

It has been a year of firsts for the club. Their win over Middletown was their first ever hurling win at provincial level, and they have now added a first Ulster title, with a first All-Ireland semi final to come.

Lynch says the players and community are acutely aware of history's hand.

“We just looked at every day out as an opportunity to be the first. Darragh Roe is the first captain to win an Ulster club title in our club; you can never take that away from him,” je said.

“I remember Gregory Biggs lifting the senior championship in 2005; he was the first man to do that for us and will always be the first.

“You just have to break that glass ceiling, and these boys like to thump the life out of it. I'm proud of that fact.

“It's very special when you have someone like Kieran O'Connell coming in from the outside. He drives them tough and the players respect him because of that. We just want to improve.

"We've come out with two cups and now we get to play an All-Ireland semi final.”