The local side had been in action for over 40 years. 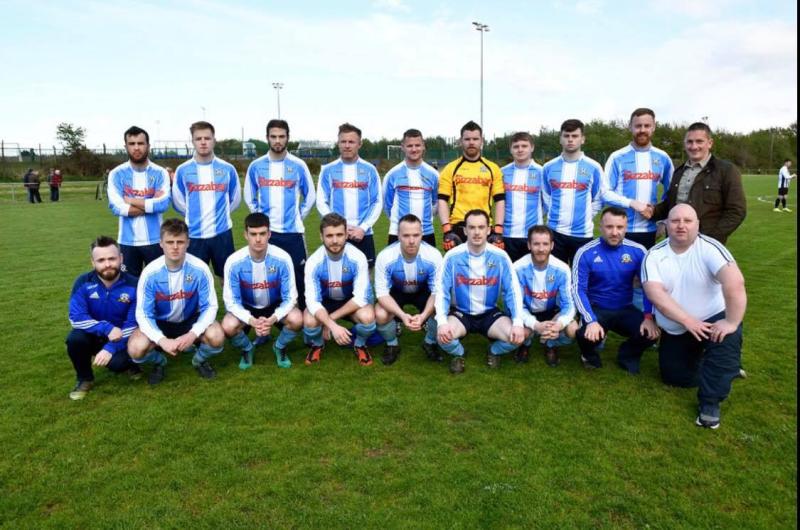 A long-standing County Derry football club has taken the difficult decision to fold, citing a lack of playing numbers as the main reason.

Claudy Rovers, who competed in the North West Junior Premier League at their pitch, known locally as the 'Congo', announced the decision via their social media channels earlier this week.

"It is with a heavy heart that I write these words but after a committee meeting tonight the tough decision was made that the club is folding with immediate affect," they said.

"It just seems to be very difficult at present to get enough men to commit to a game of football on a Saturday and it has been a struggle all season to do so.

"The club would like to thank the efforts of everyone who has played, managed, volunteered, attended meetings, sold tickets, bought tickets, organised events, washed jerseys, sponsored the team and supported the team over the years.

"The team has given us many fond memories of trophy wins, trips away in the Irish Junior Cup and many a great days craic in the Congo watching the men in sky blue and white stripes all this won’t be forgotten."

The news prompted widespread sadness, with many former members and former opponents expressing their disappointment with the club's folding.

"Sorry to hear this I always enjoyed the games with Claudy Rovers with Curragh Rd and Newtowne. Always a hard battle on the pitch and great banter with them after," said one comment underneath the original post.

"Sad news many a battle we had in the Congo with Newbuildings but always a handshake at the end, the McDaids put some years into club," said another.

One comment made reference to grassroots football's changing status in modern society.

"It’s a matter of time for many other Clubs too. People used to mostly work Monday to Friday. Now they work by all week," they said.

"Football is less and less a priority for most now. It used to be the single most important thing in most players lives . Now after work comes everything else then football sadly."

However, another expressed hope that the decision could be reversed at some stage.

"There may be a Phoenix moment in the future, keep focused," they said, adding "There's no Claudy with no Rovers."