Glen took the title, but how many of their players made the final XV? 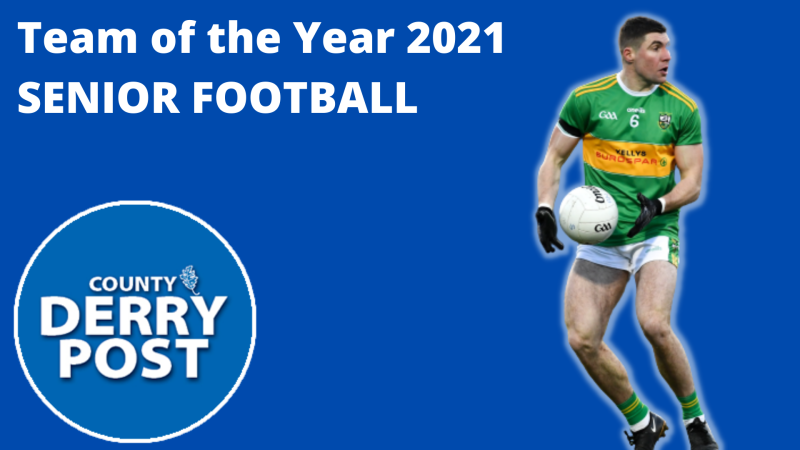 Glen took the county title in some style and make up nine of the final senior football Team of the Year slots. Runners-up Slaughtneil have two, with Loup taking three and Lavey the remaining one. 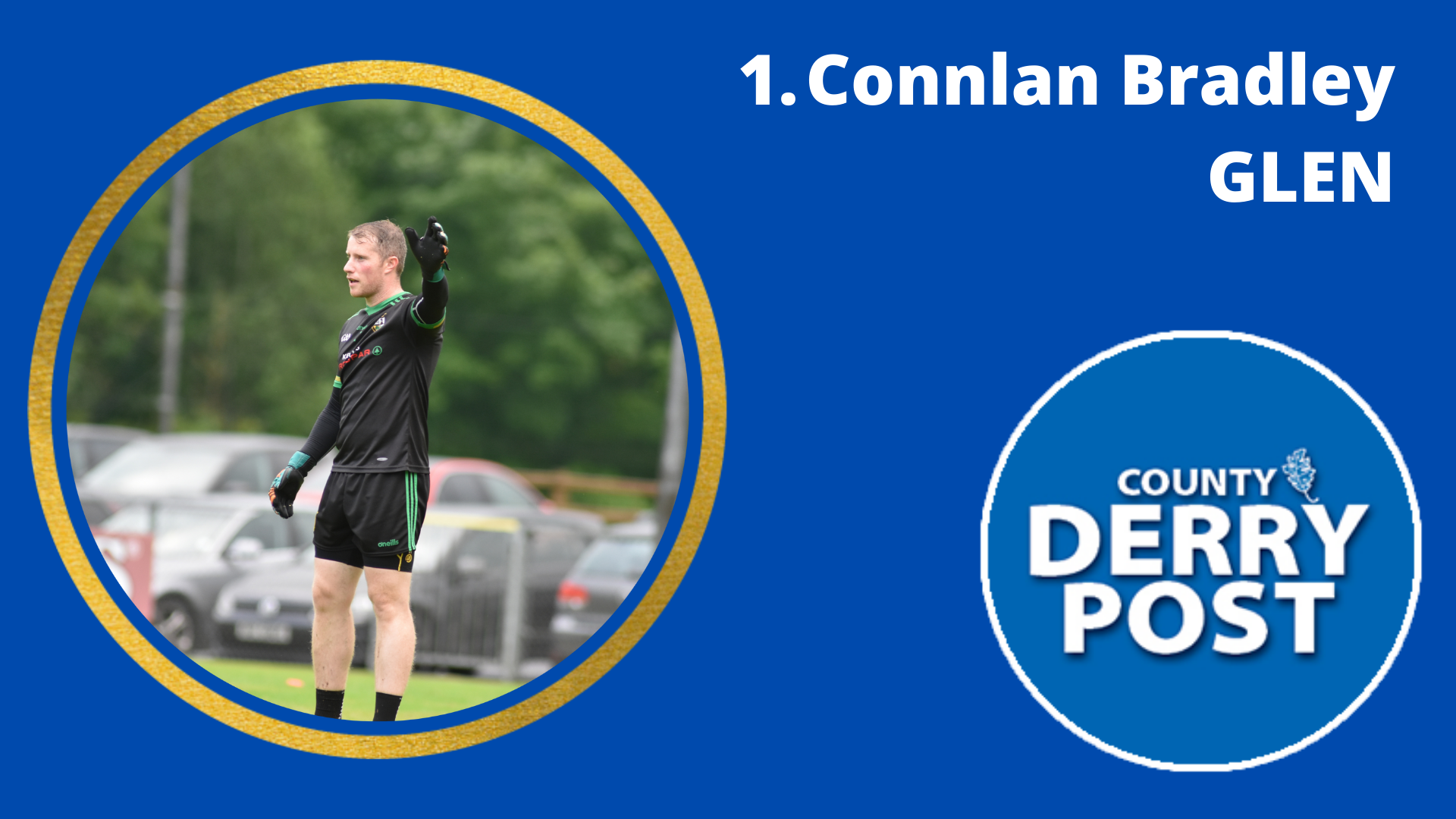 Bradley's error against Kilcoo stands out because it was so uncharacteristic. His metamorphosis into a championship-winning goalkeeper has been so complete that these kind of errors are rare in his game. The Watty Graham's man's accuracy and speed of thought have been crucial as his side ended a 73-year wait to lift the John McLaughlin Cup. Pic by Mary K Burke. 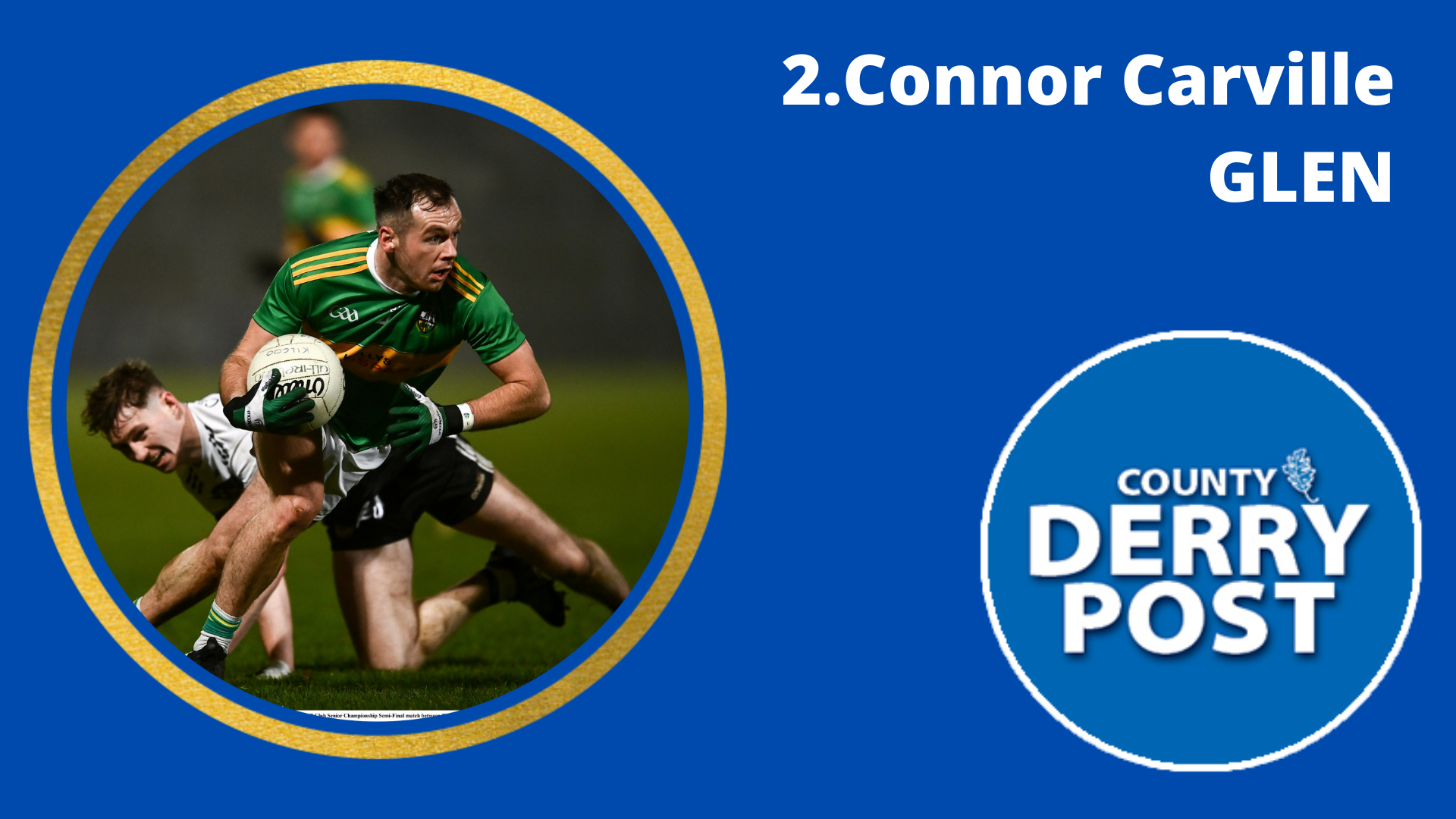 As well as getting his hands on the John McLaughlin Cup, Carville found himself sticking over a point in the Ulster championship meeting with St Eunan's as the captain led from the back. His form was as inspirational as it was consistent, and he drove the high levels of commitment and determination needed to ensure Glen delivered on their promise. Pic by David Fitzgerald/Sportsfile. 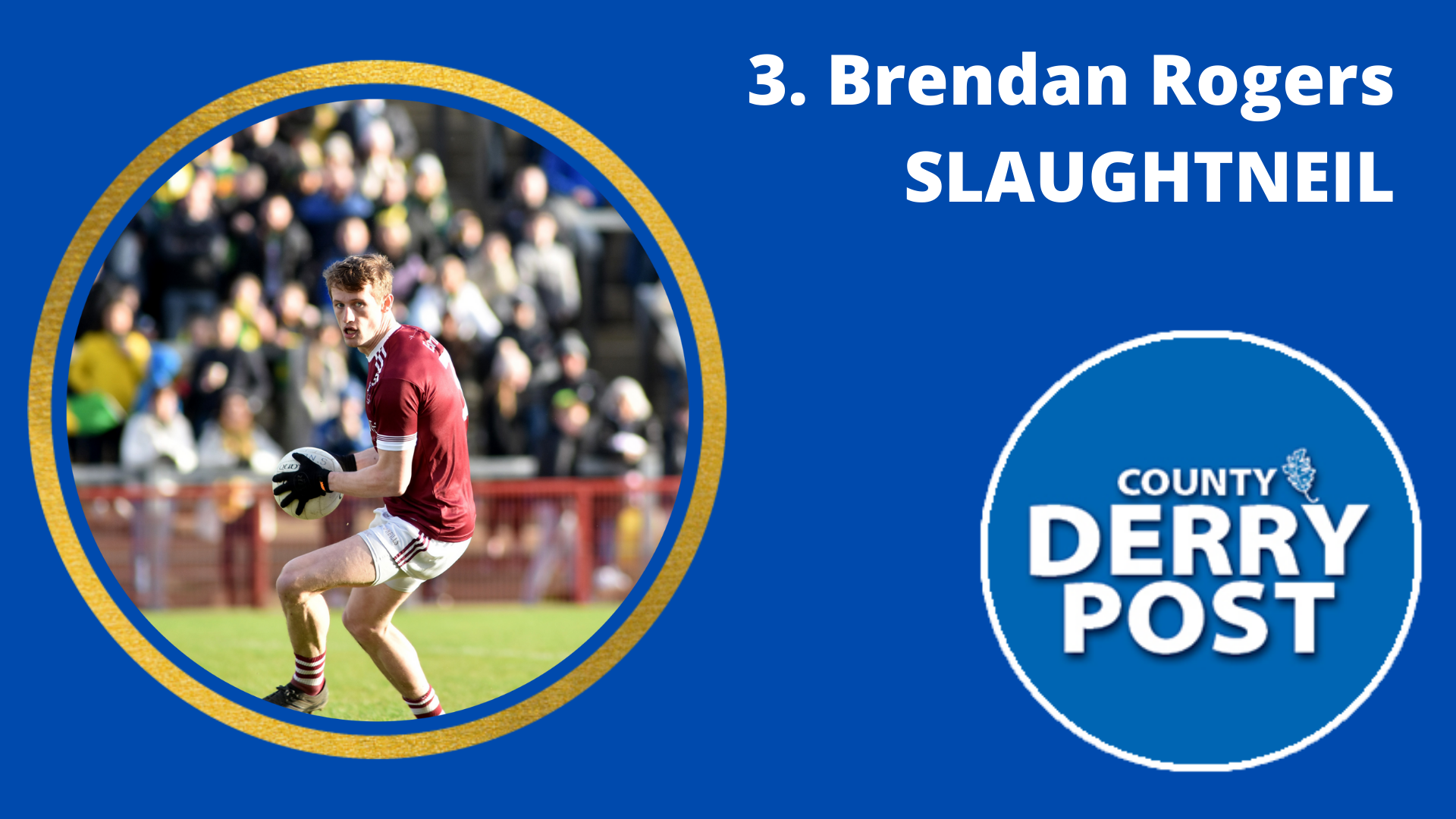 When Slaughtneil were all at sea in the final, Rogers stepped out of defence and swung over a point. It didn't look like being the Emmet's day, but if anyone was to get them going, it was going to be him. Derry GAA supporters must wish they could clone Rogers, such is his influence and ability in both codes. One of two players to make both teams of the year. Pic by Mary K Burke. 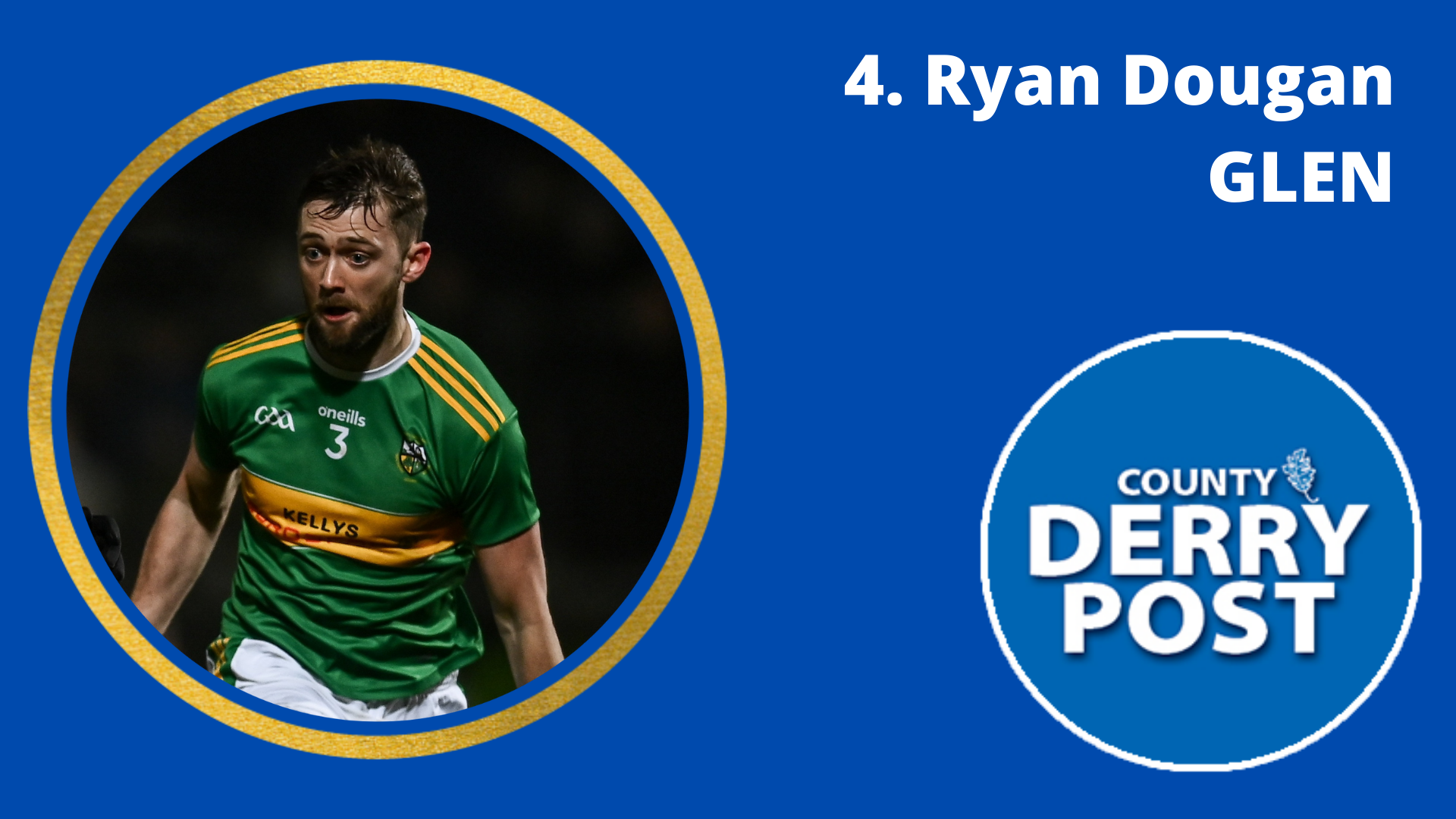 An ever-present at full back for the county champions, Dougan has been a solid presence throughout the championship campaign against some of the province's top forwards. Like many of his Glen team mates, the full back has not looked out of place among Ulster's elite, mixing it with the best and coming out in credit to relate the tale. Pic by David Fitzgerald/Sportsfile. 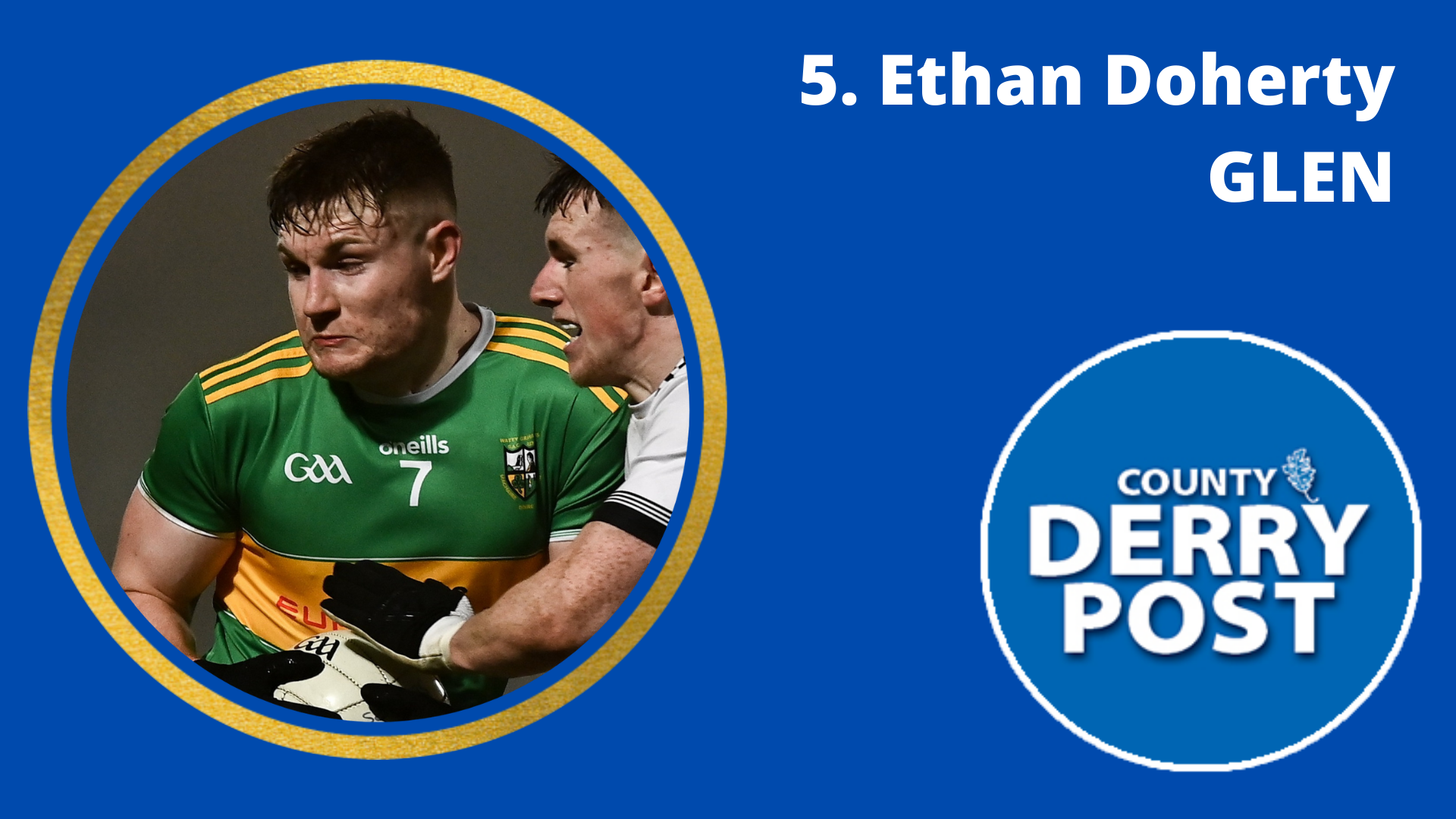 Doherty has had an astronomical rise since the chance to play in a MacRory final was snatched away by Covid. He was key to a fine season with Derry and a senior championship win with Glen. Now a mainstay for both club and county, Doherty is someone the opposition will actively be looking to stop when they scan the teamsheet. A remarkable season for Doherty. Pic by David Fitzgerald/Sportsfile. 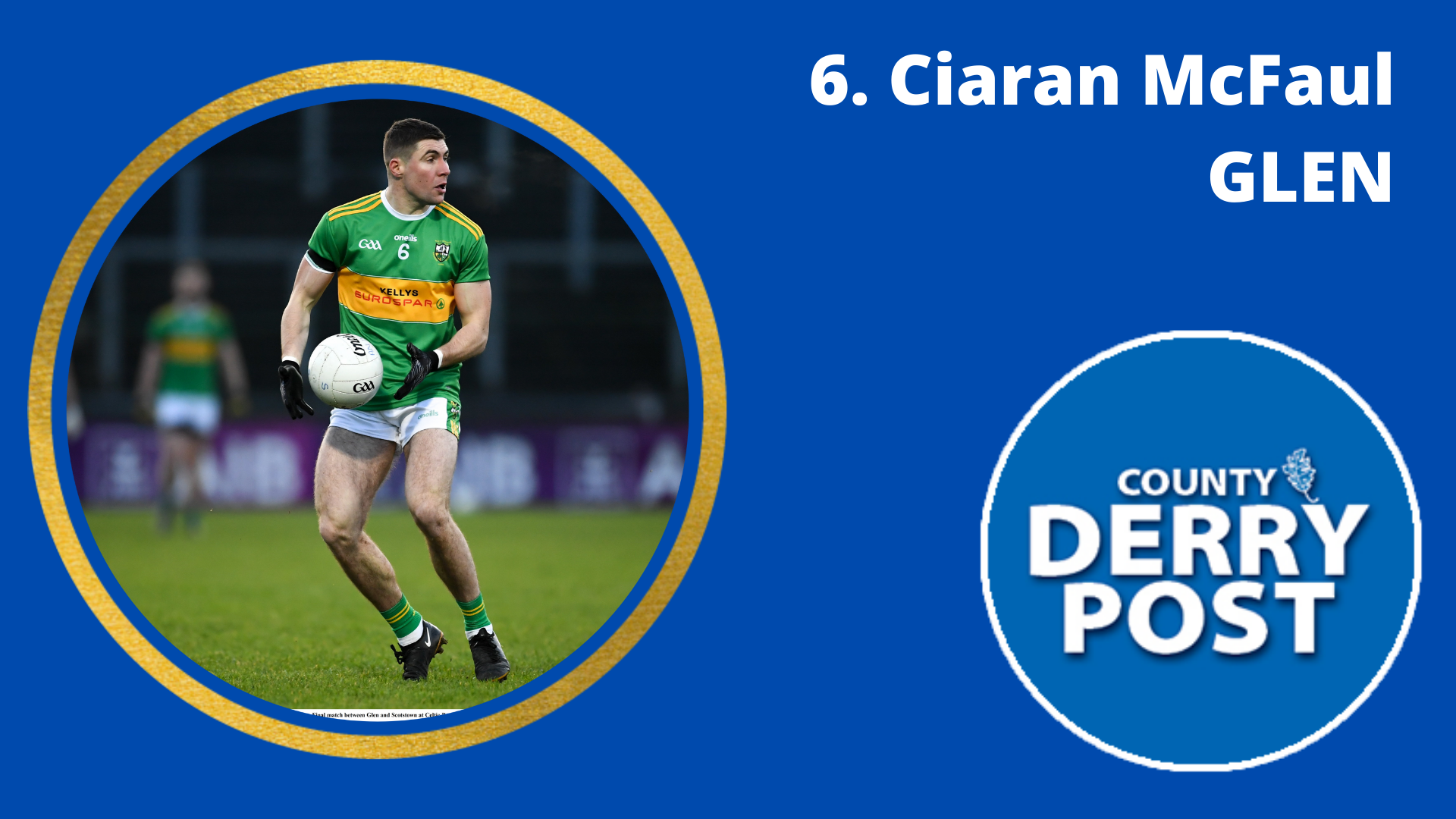 McFaul has had an incredible season. Stationed at centre back, he has acted as the pivot for Glen, hurting opposition teams from deep and orchestrating attacks from the number 6 position. Continuing the form shown for his county early in the year, he has been the driving force behind Glen's final deliverance of the sought-after county title. Pic by Philip Fitzpatrick/Sportsfile. 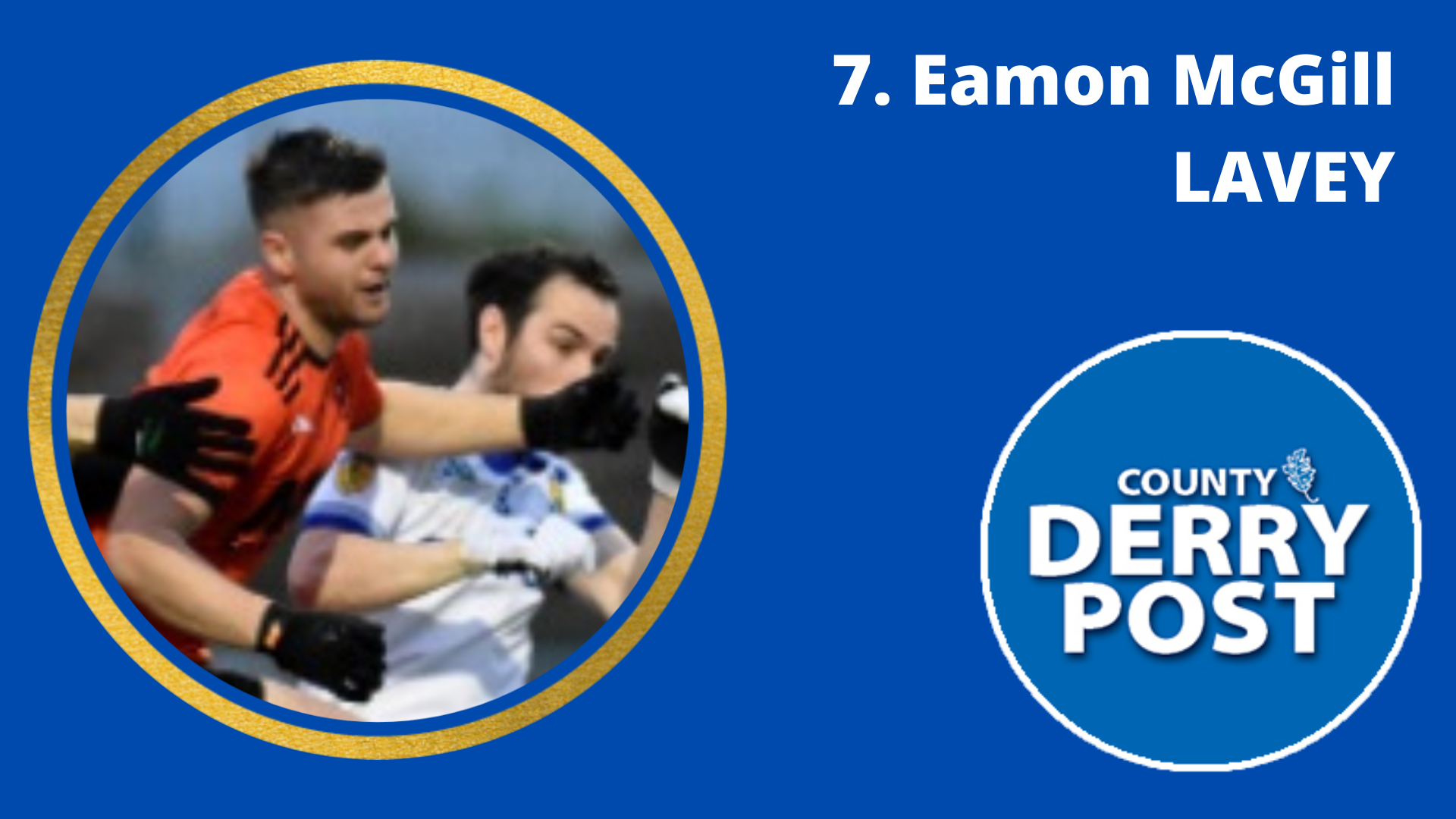 McGill's scoring threat from deep positions was a mark of Lavey's last few seasons. He notched a point in the quarter final win over Ballinderry and a goal in the semi final against Slaughtneil. With pace to burn, the Erin's Own man has plundered opposition halves with abandon, and has the stamina and tenacity required to be just as effective in his defensive role. Pic by Mary K Burke. 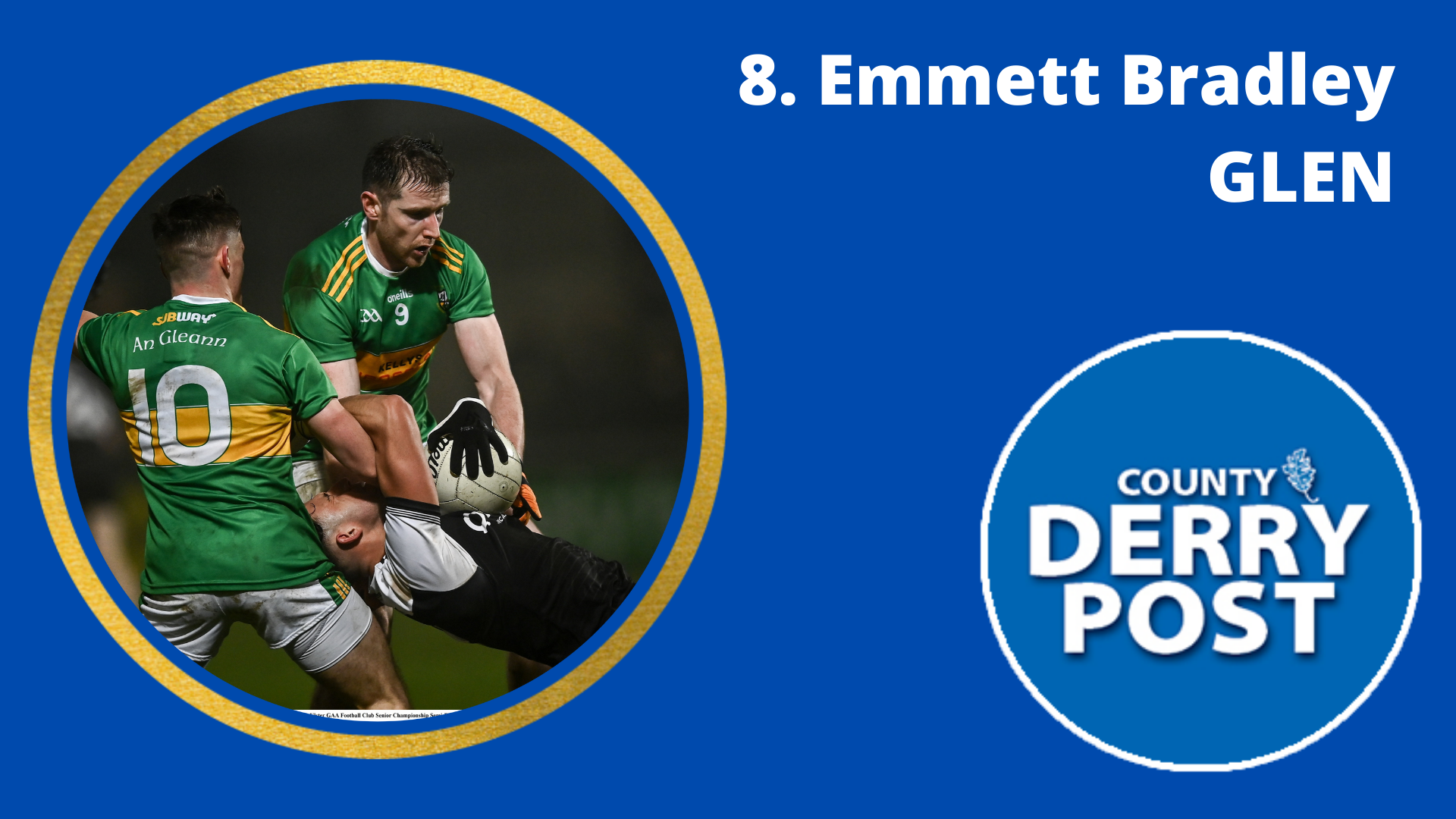 That Glen laboured without him against St Eunan's is a mark of how important Bradley was to their operation. On his return, he bossed the game against Scotstown and was excellent all season. The Watty Graham's midfielder has put three or four solid seasons under his belt and continues to improve year on year. Pic by David Fitzgerald/Sportsfile. 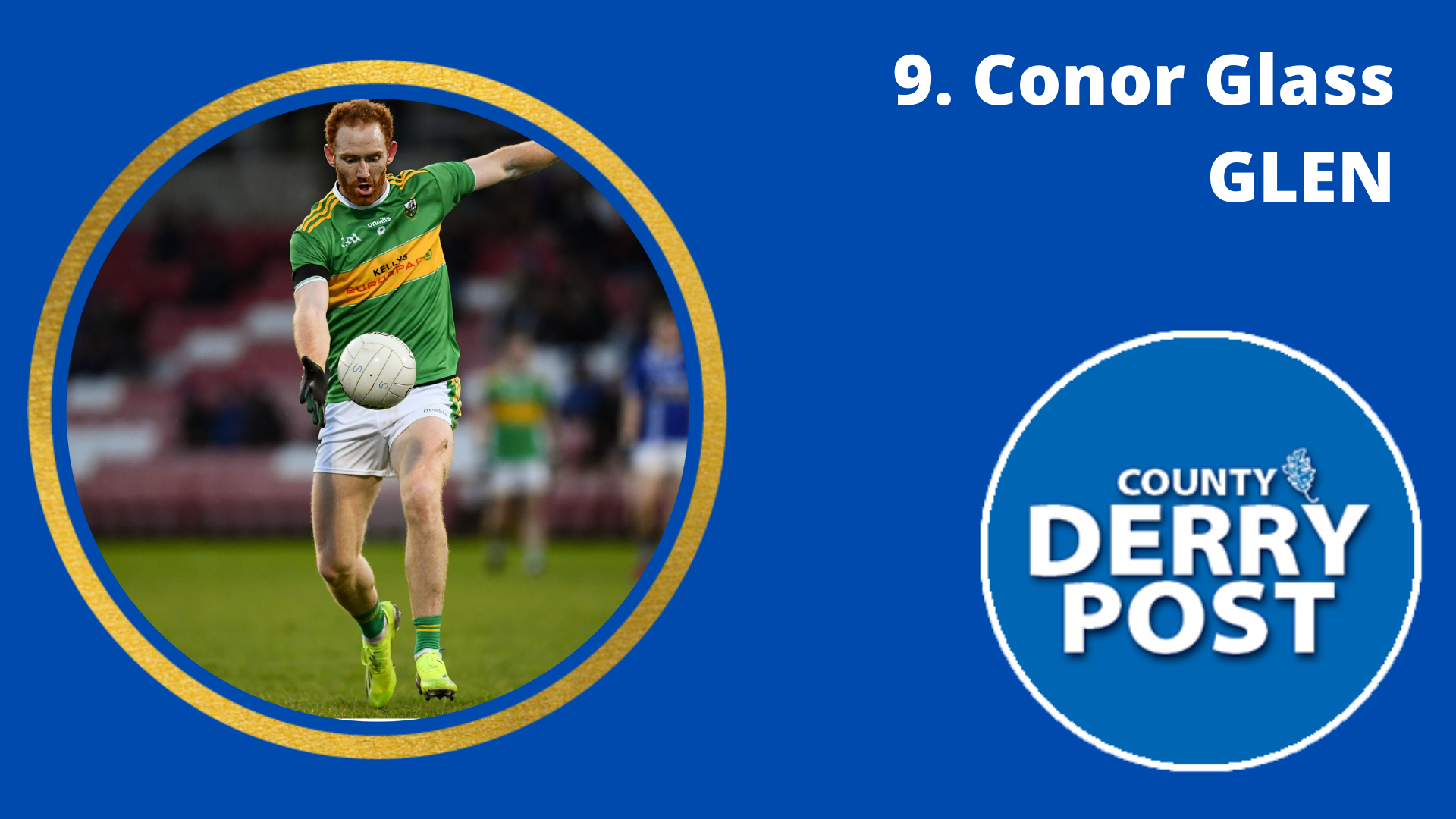 Reinventing the high catch in midfield, Glass achieved this season that for which he came home from Australia. The face mask only added to the intrigue as he dominated midfields all year. He came home from Australia with a goal in mind - win the John McLaughlin Cup - and he has helped his club to that accolade with some aplomb. Pic by Philip Fitzpatrick/Sportsfile. 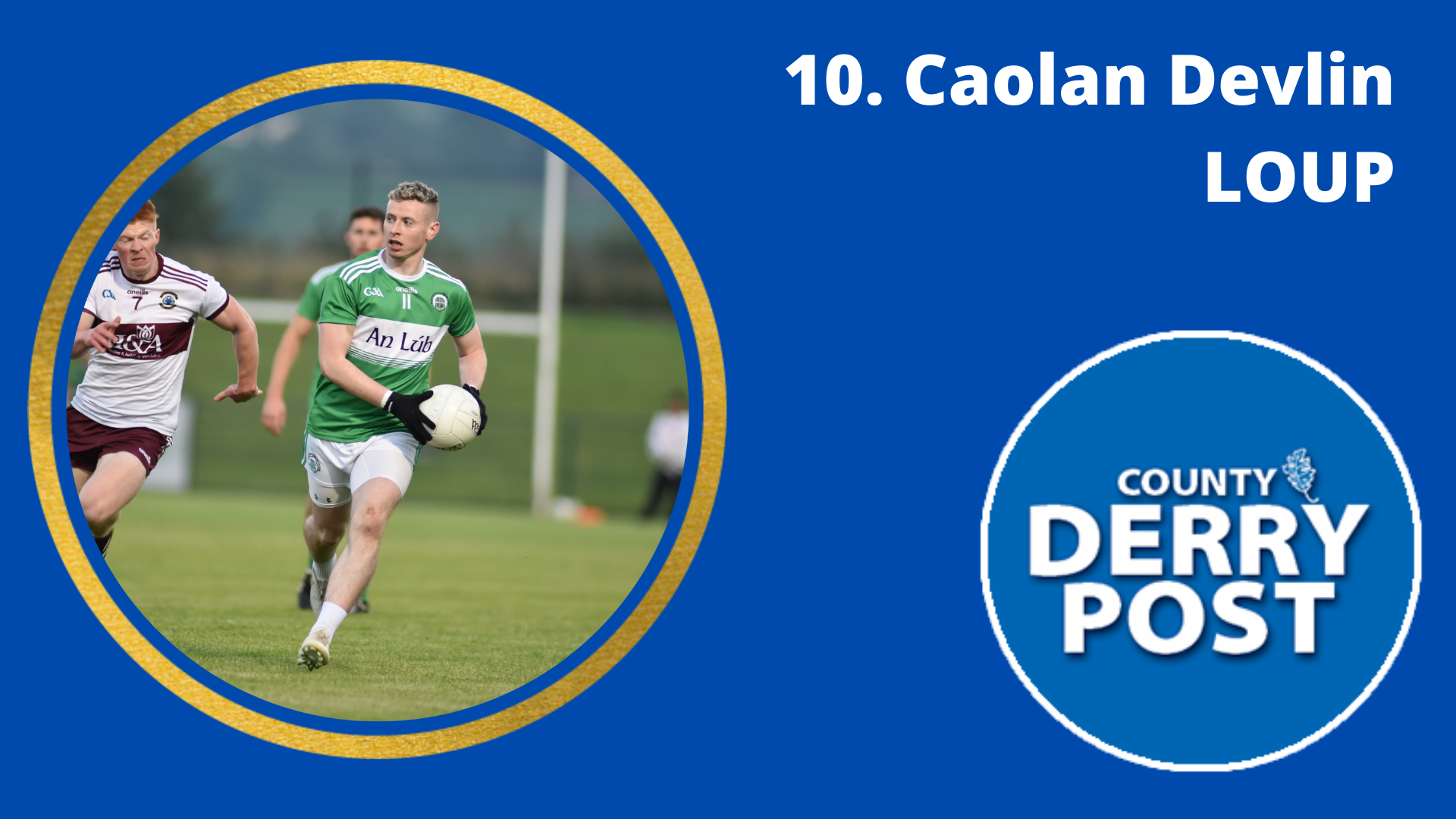 Devlin is a constant threat in a free-scoring Loup side and took Bellaghy for three points from play in the quarter final. His link play and vision were key to his side's success as they reached the semi final of the senior championship for the second consecutive year. Devlin is one of a number of talented Loup forwards and one to continue to watch. Pic by Mary K Burke. 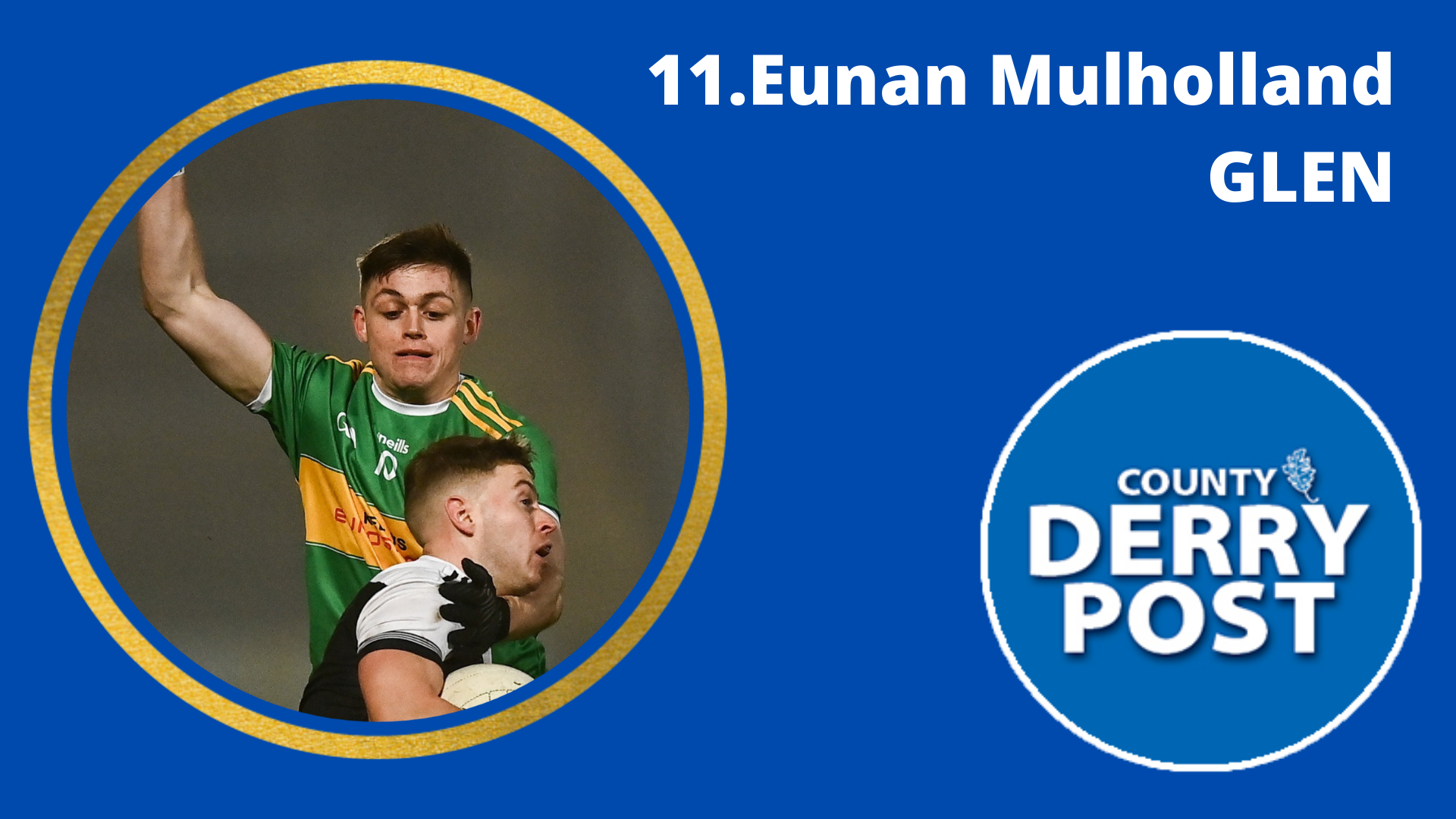 The position of half forward is half workhorse and half linkman, and Mulholland performs the role admirably. On hand to take a pass and carry the ball into attack, he greases the wheels of the Glen machine. With energy and precision, he also has an eye for a score, and has popped up with important ones on a number of occasions throughout the season. Pic by David Fitzgerald/Sportsfile. 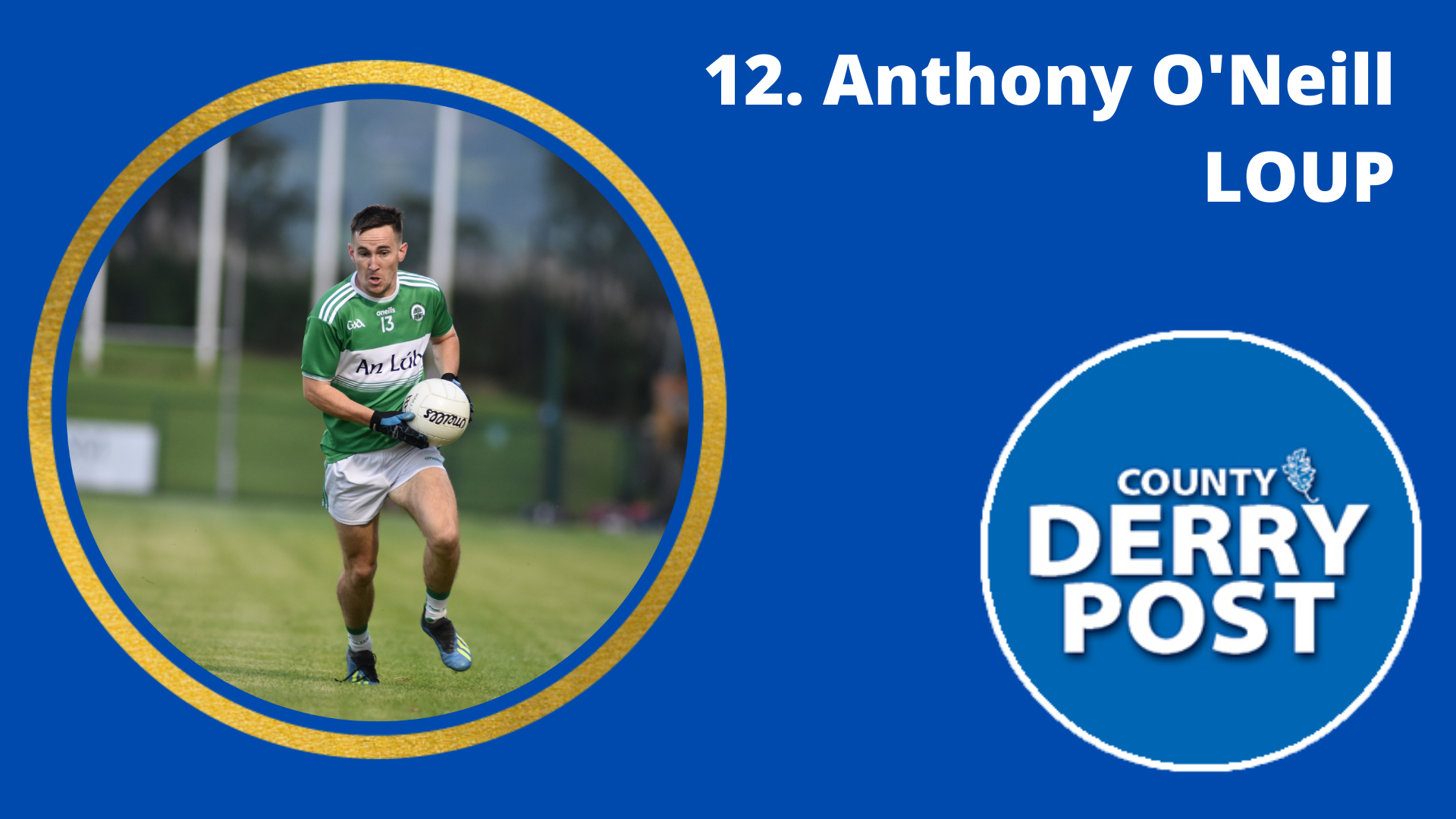 Another of the Loup danger men, O'Neill also scored 0-3 from play against Bellaghy, and has the ability to cause problems wherever he plays. The St Patrick's man is a key component of a forward line who have now had a number of years to gel and overseen a consistent improvement year-on-year in the green and white jersey. Pic by Mary K Burke. 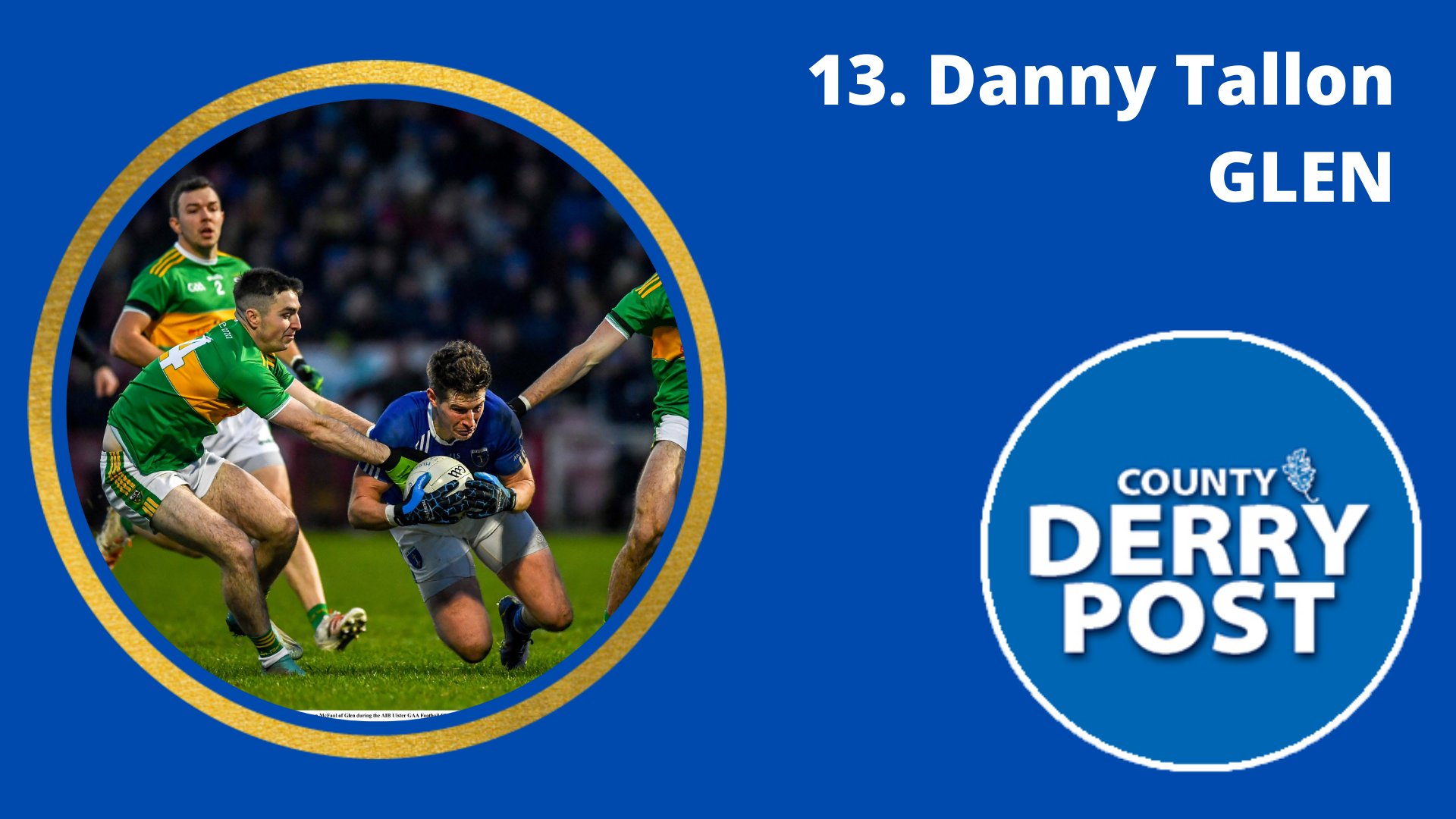 The highlight of Tallon's season was volleying the ball into the Slaughtneil net in the county final, and his vision and ability to take his opportunities has been bang on this season. With a habit of arriving on the spot at crucial times, the corner forward has crowned a number of fine season's by getting his hands on the Derry senior county title in 2021. Pic by Philip Fitzpatrick/Sportsfile. 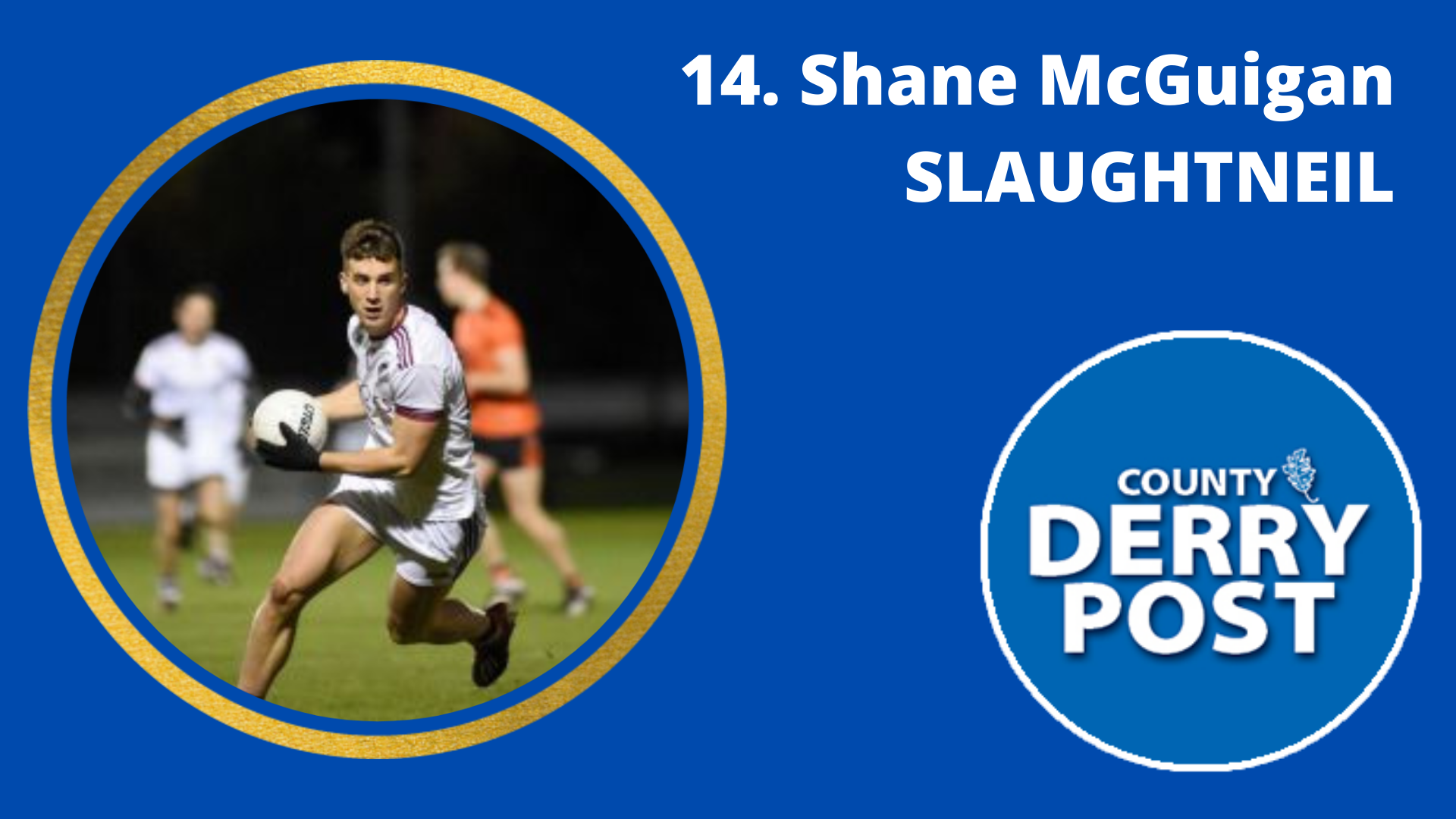 McGuigan's name was almost enough to strike fear into opposition supporters, and although he was curtailed well in the final, the Emmet's man has had another prolific season. Led the Emmet's attack with endeavour and style, balancing his exertions with a fine hurling season too to finish the year with a place in the Team of the Year in both codes. Pic by Mary K Burke. 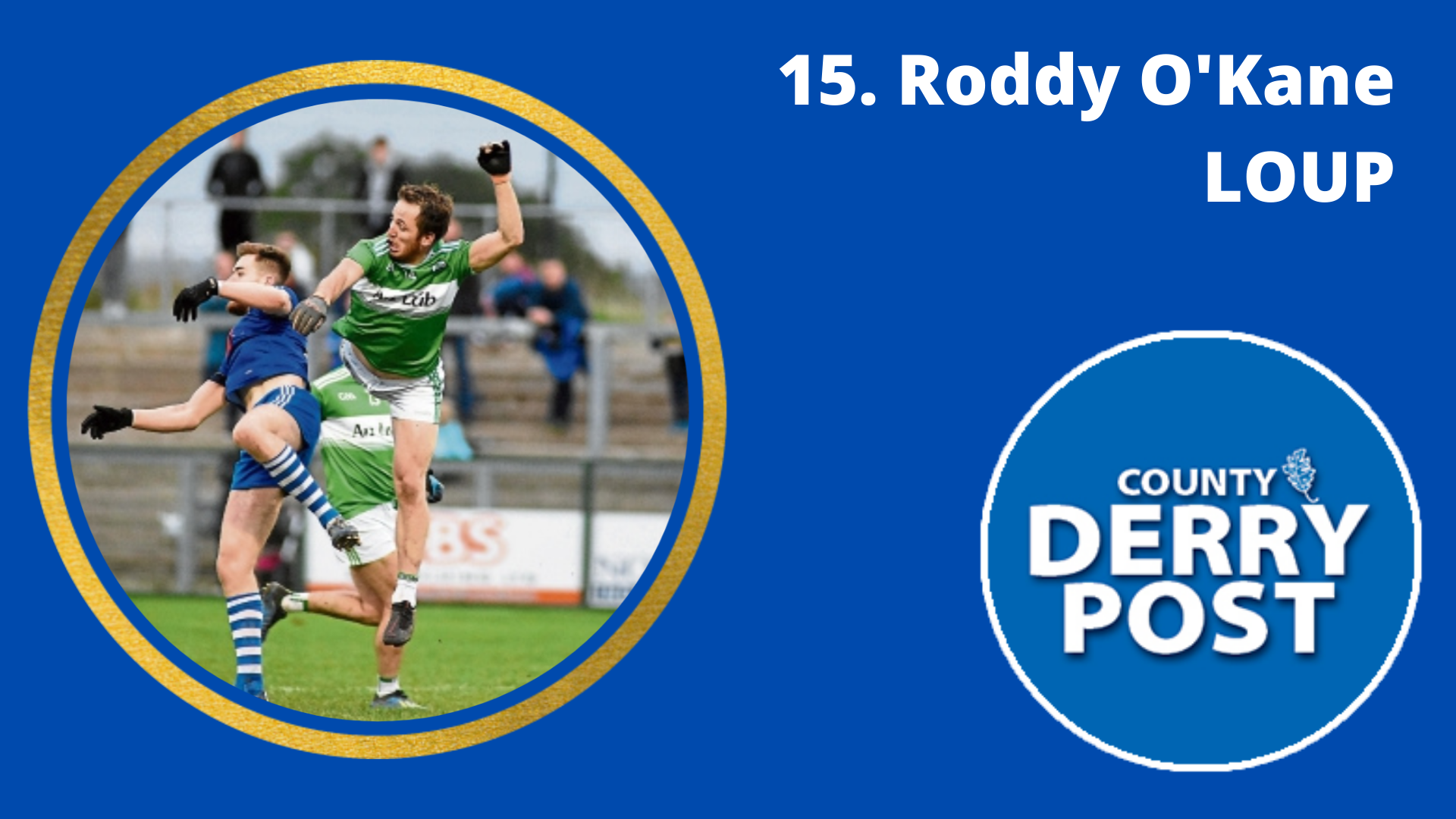 Struck an impressive 1-4 from play in the quarter final win over Bellaghy, and was consistently a lively target man in the opposition half. Had a quieter game against the Glen juggernaut in the semi final, but O'Kane has been the go-to man in St Patrick's inside line throughout the season, with his scoring record raising eyebrows. Pic by Mary K Burke.