See who has made our Team of the Year for last year's hurling season. 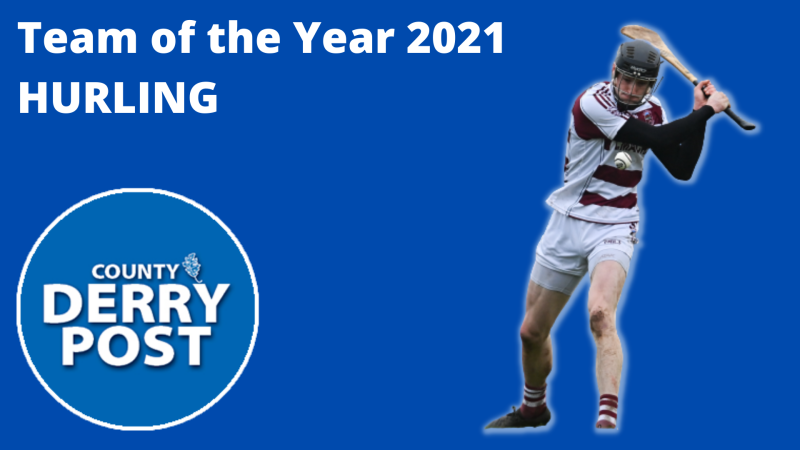 Slaughtneil once again proved worthy county champions, and have six players on the County Derry Post hurling Team of the Year, while intermediate champions Banagher account for five of the final selection of players. 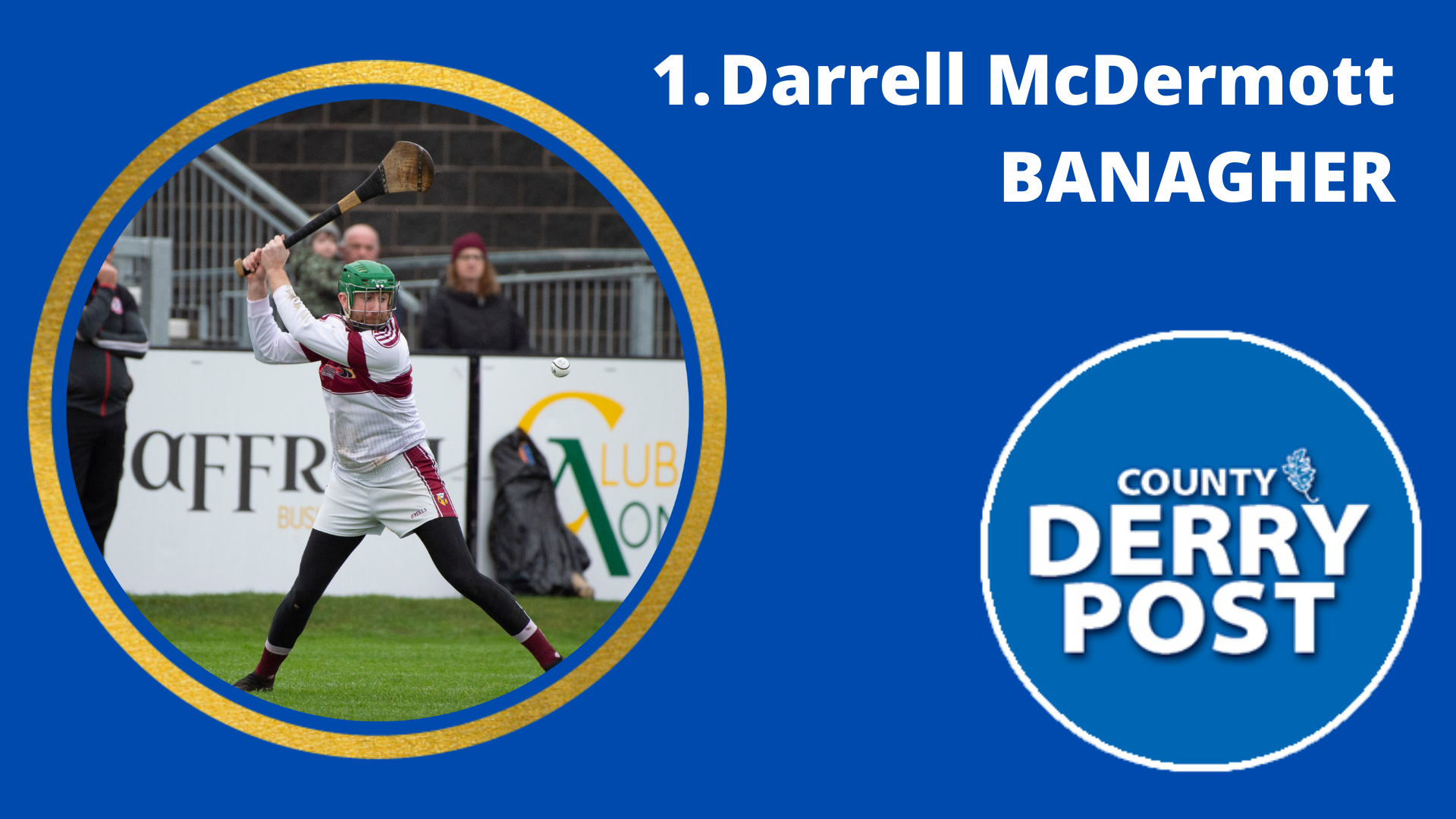 'Sticks' has performed well when called upon, particularly solid in the county final win over Lavey, behind a defence that can only be described as miserly. McDermott's calming influence helped Banagher seal a Derry intermediate title, as well as paving the way for their run to the club's first ever Ulster hurling victory and final appearance. Pic by MT Hurson. 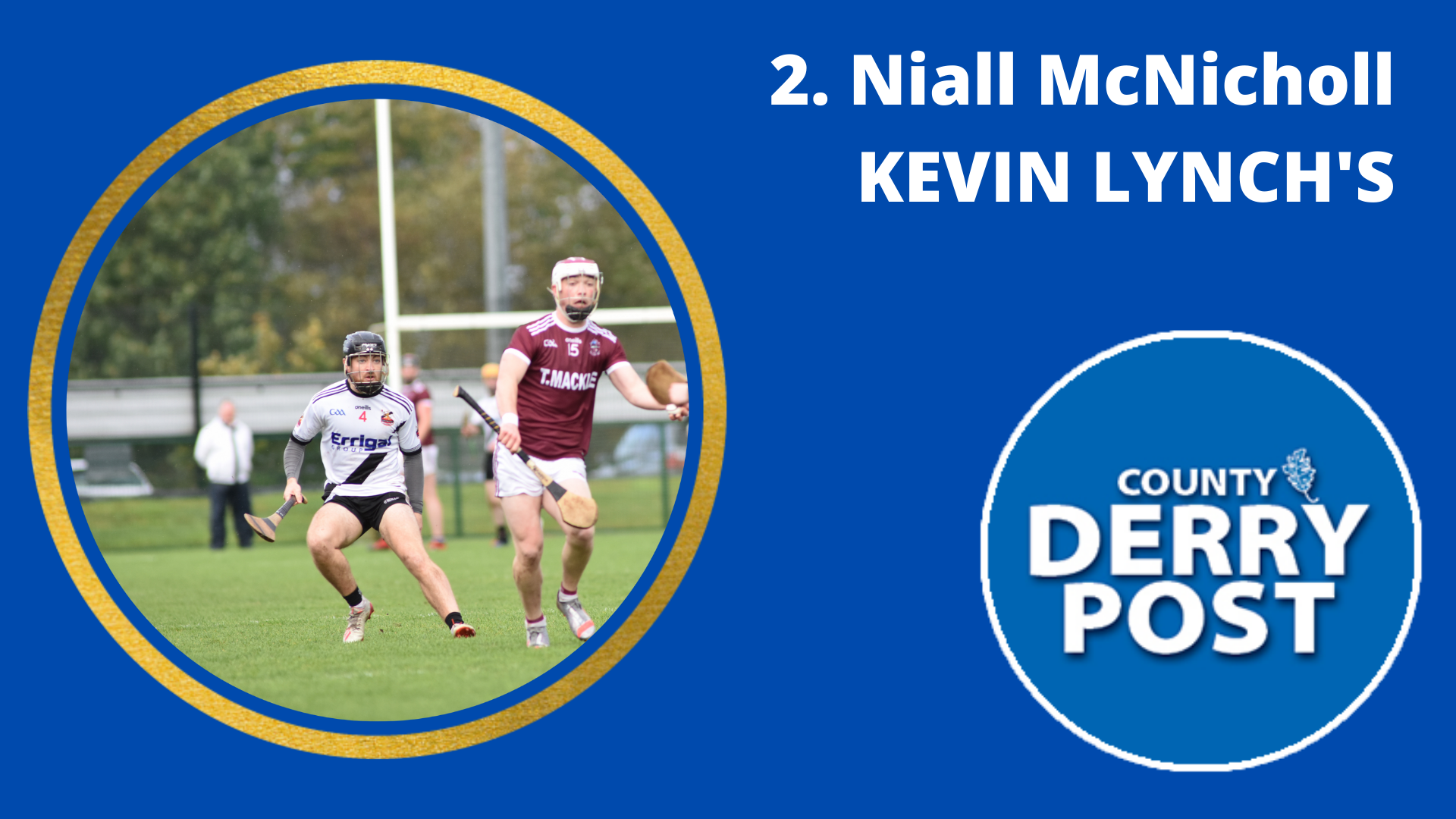 A tight corner back, McNicholl had a solid season, helping his team to a county final, where they hung onto Slaughtneil's coattails for a significant period. The young defender showed energy and ability in a full back line that was sorely tested against the Derry and Ulster champions in the final, but McNicholl stood up and looked the part throughout. Pic by Mary K Burke. 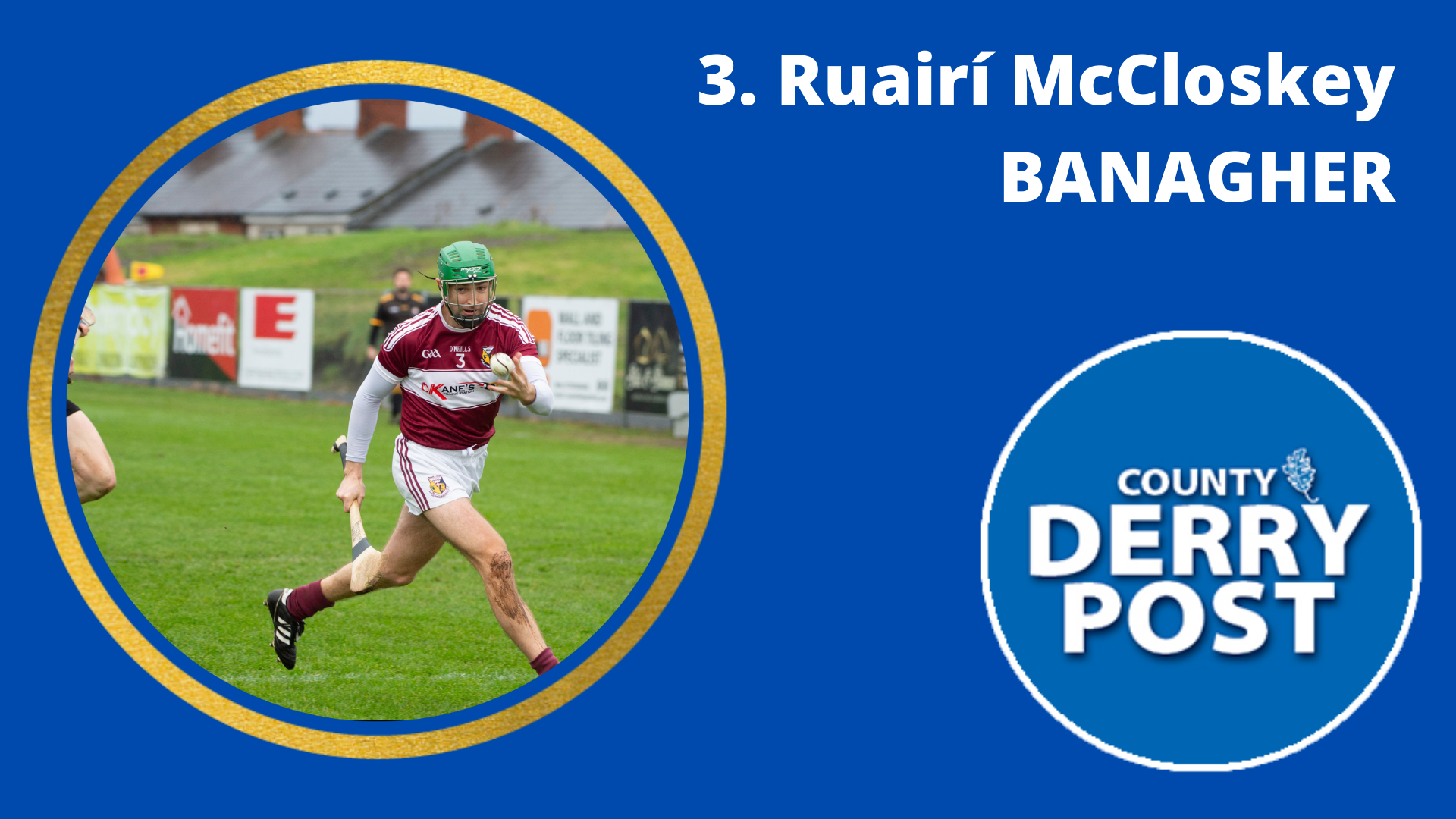 McCloskey sat at the heart of the Banagher defence and performed the role he has for years with his customary no-fuss and high level of effectiveness. Unerring in his defensive responsibilities and appetite for a battle, 'Ruairí Roe' has relished the individual duels with opposition attackers, as well as marshalling the defenders around him consistently. Pic by MT Hurson. 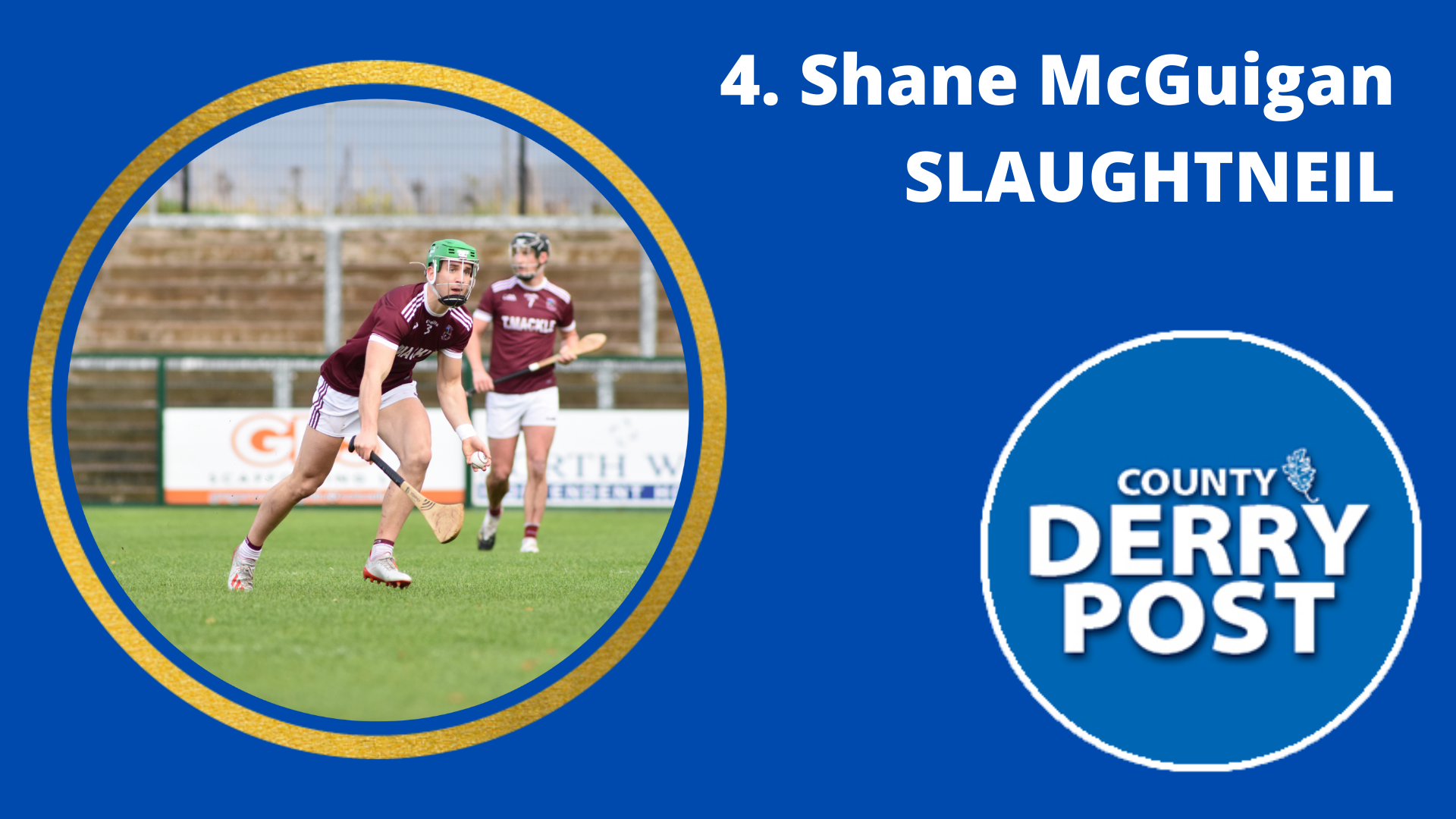 Shifted around in the Ulster series, McGuigan had been a confident figure at full back, and took advantage of his man-marking role further out the field to point against Dunloy. Any attacker coming into direct opposition to McGuigan found it difficult to have a major impact on the game as he helped Slaughtneil to a ninth successive Derry title and fourth Ulster crown. Pic by Mary K Burke. 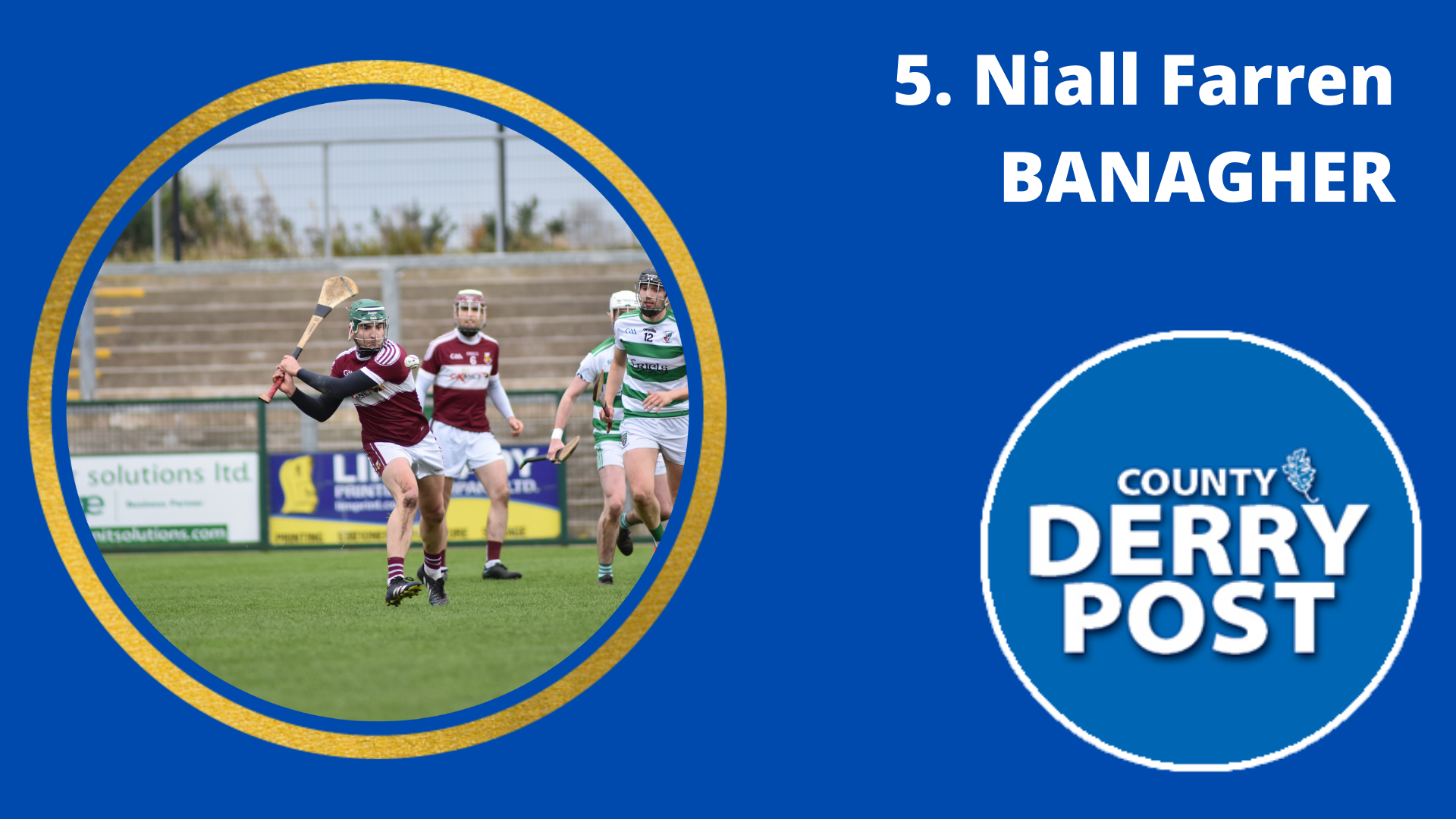 Aggressive and committed, Farren earned praise from fellow half back Mark Lynch after their county final win and was named man of the match. His intensity and industry formed a key part of a resolute Banagher defence, and he often popped up as the man who delivered the ball into the opposition half. A very solid season from the Banagher man. Pic by Mary K Burke. 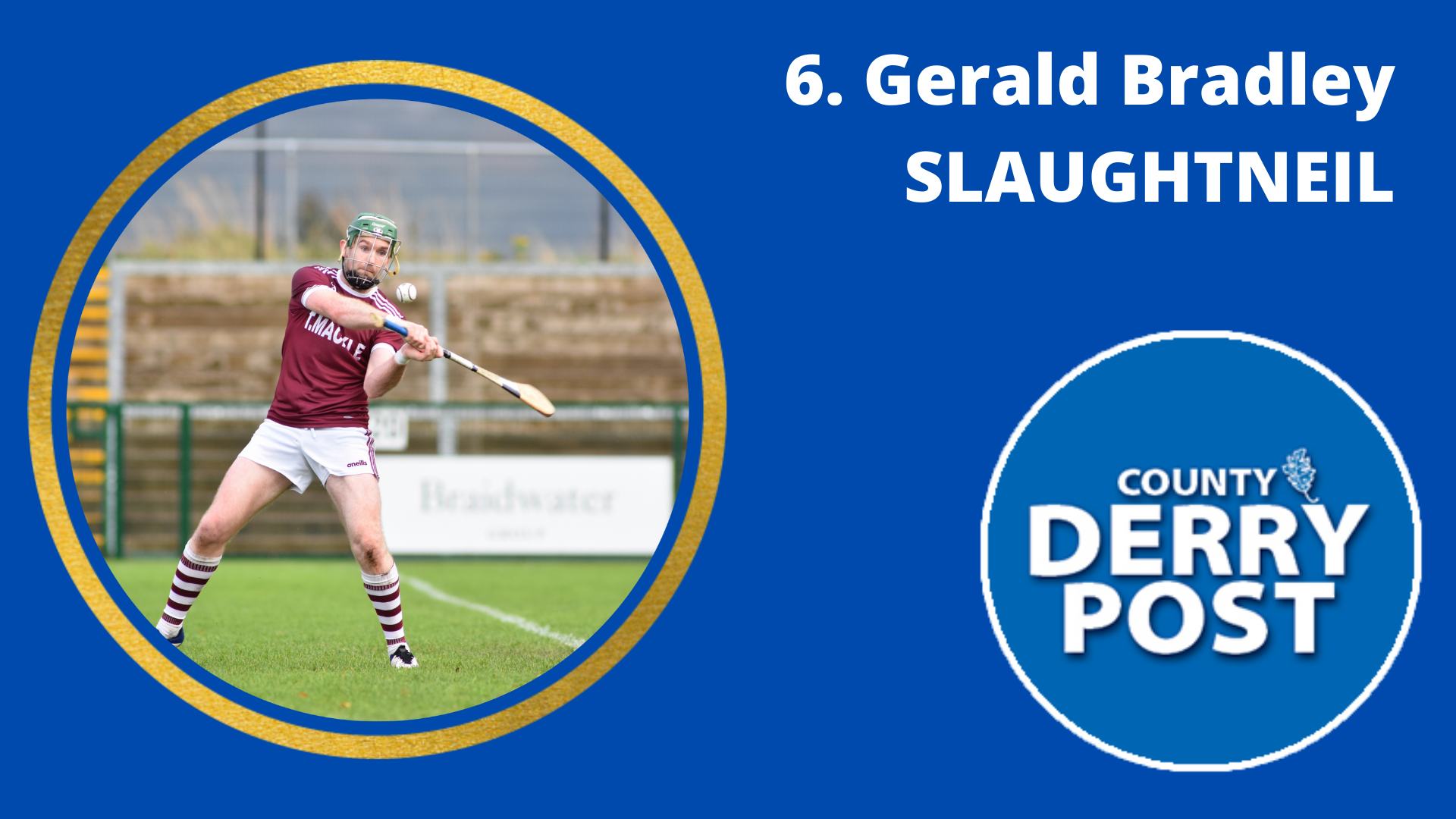 Bradley has the sweeper's role down to a tee and was excellent in the recent Ulster wins over Dunloy and Ballycran. His versatility is key to the Slaughtneil system, slotting seamlessly into the deep-lying role, while on occasion being pushed further up the field during games in which the Emmet's look like they are in control. Pic by Mary K Burke. 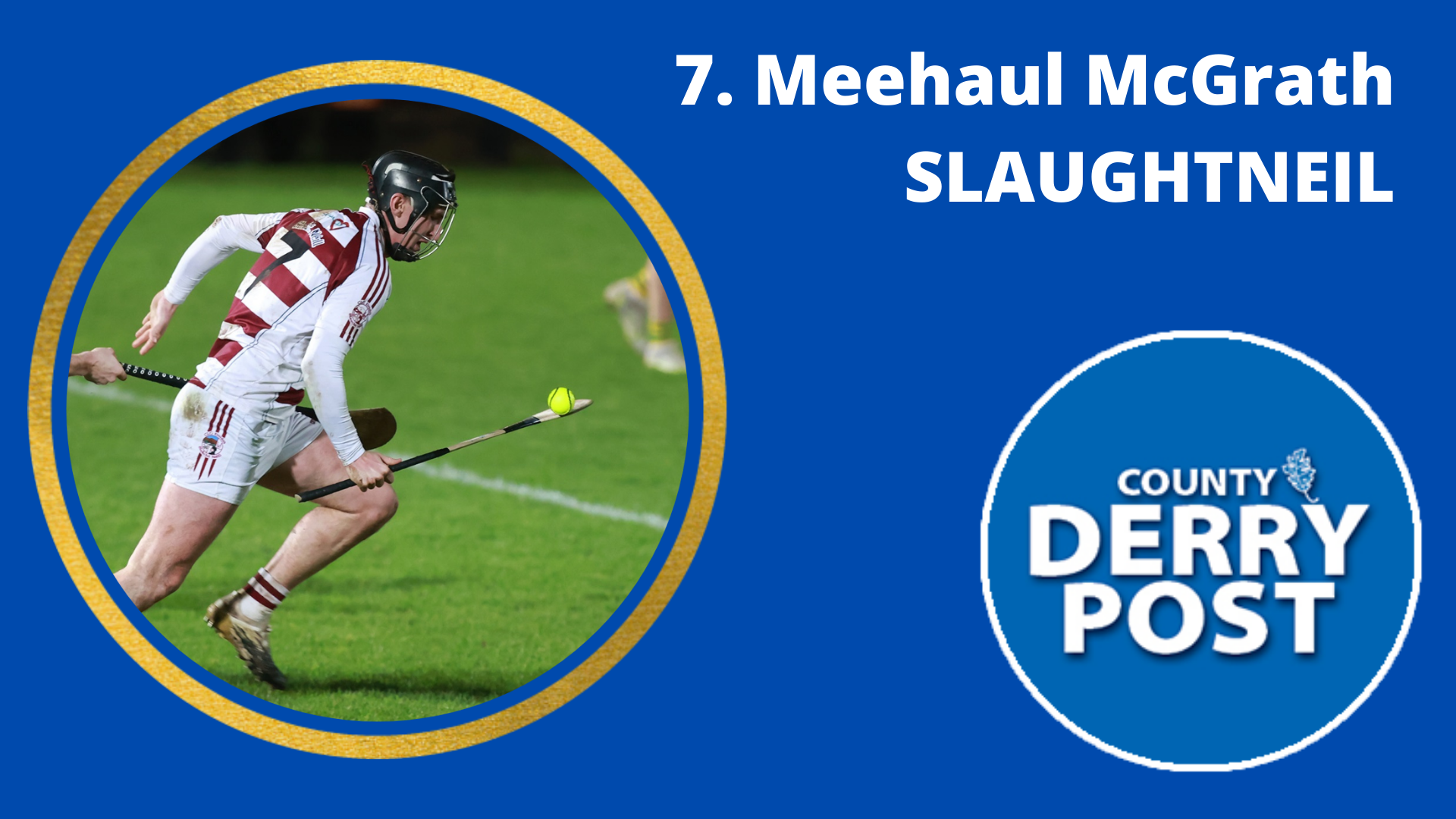 Hitting 0-3 in the Ulster semi final, McGrath has added an extra dimension to his game this season and was a thorn in the side of the Dunloy system. His physicality and incessant running leaves opposition half forwards often looking over their shoulder for the burst forward, or the defence-splitting passes that feed Slaughtneil's talented inside forward line. Pic by John McIlwaine. 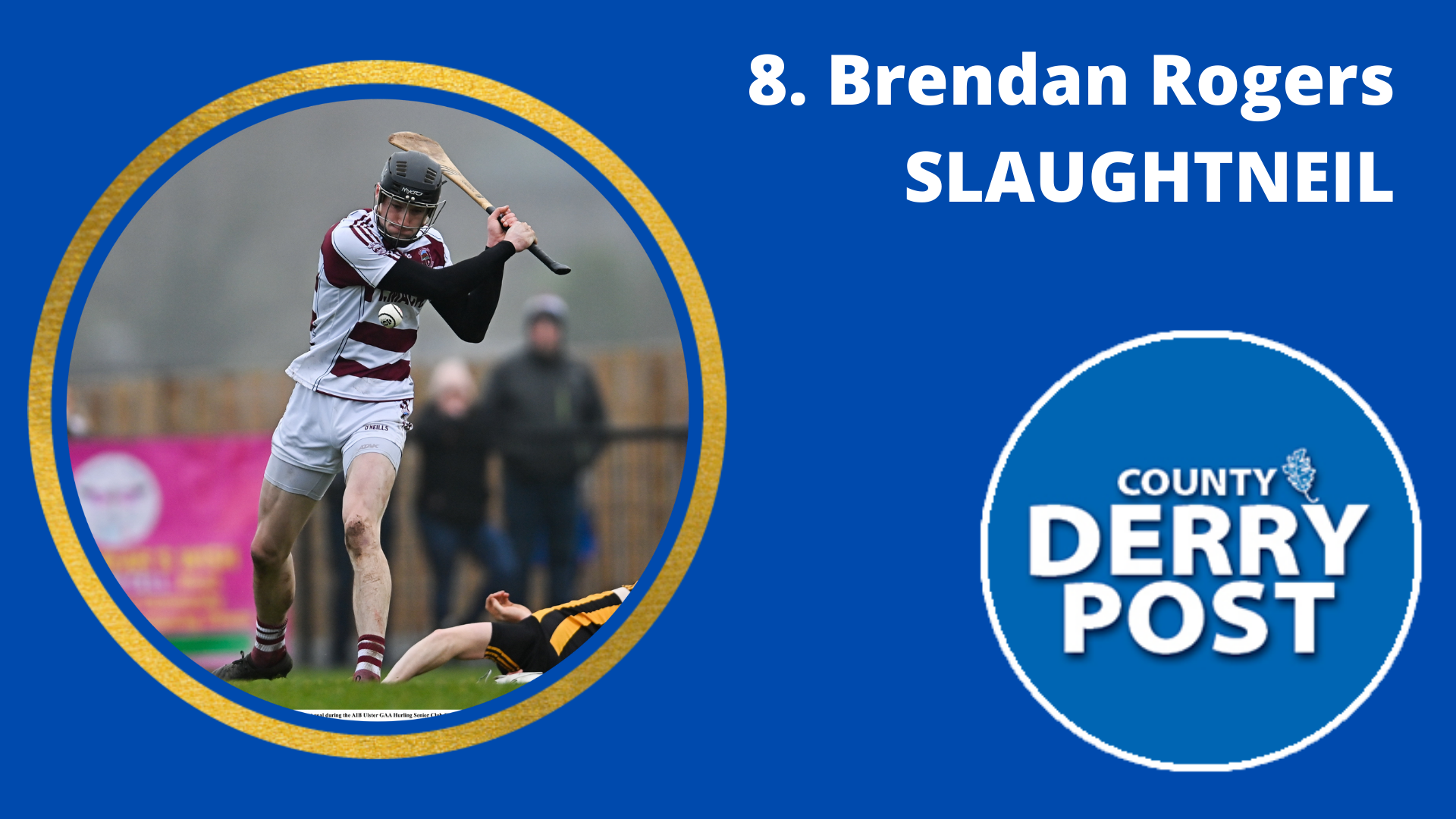 One of two Slaughtneil men making both the football and hurling teams of the year, Rogers has been unstoppable. From rising from his sick bed to hit 1-4 against Dunloy to repeating his goal heroics in the Ulster final, his record speaks for itself. Usually stationed further forward, he is thoroughly enjoying his role in the centre of the pitch. Pic by Ramsey Cardy/Sportsfile.

With a physicality and fitness that takes him up and down from the full forward line to midfield regularly, Foley drove Na Magha to within a whisker of the Ulster JHC final. His accuracy and consistency from frees gives his side the cushion of a few points heading into any game and his versatility was clear during the Ulster series of games. Pic by Seamus McQuillan/Mono Pix. 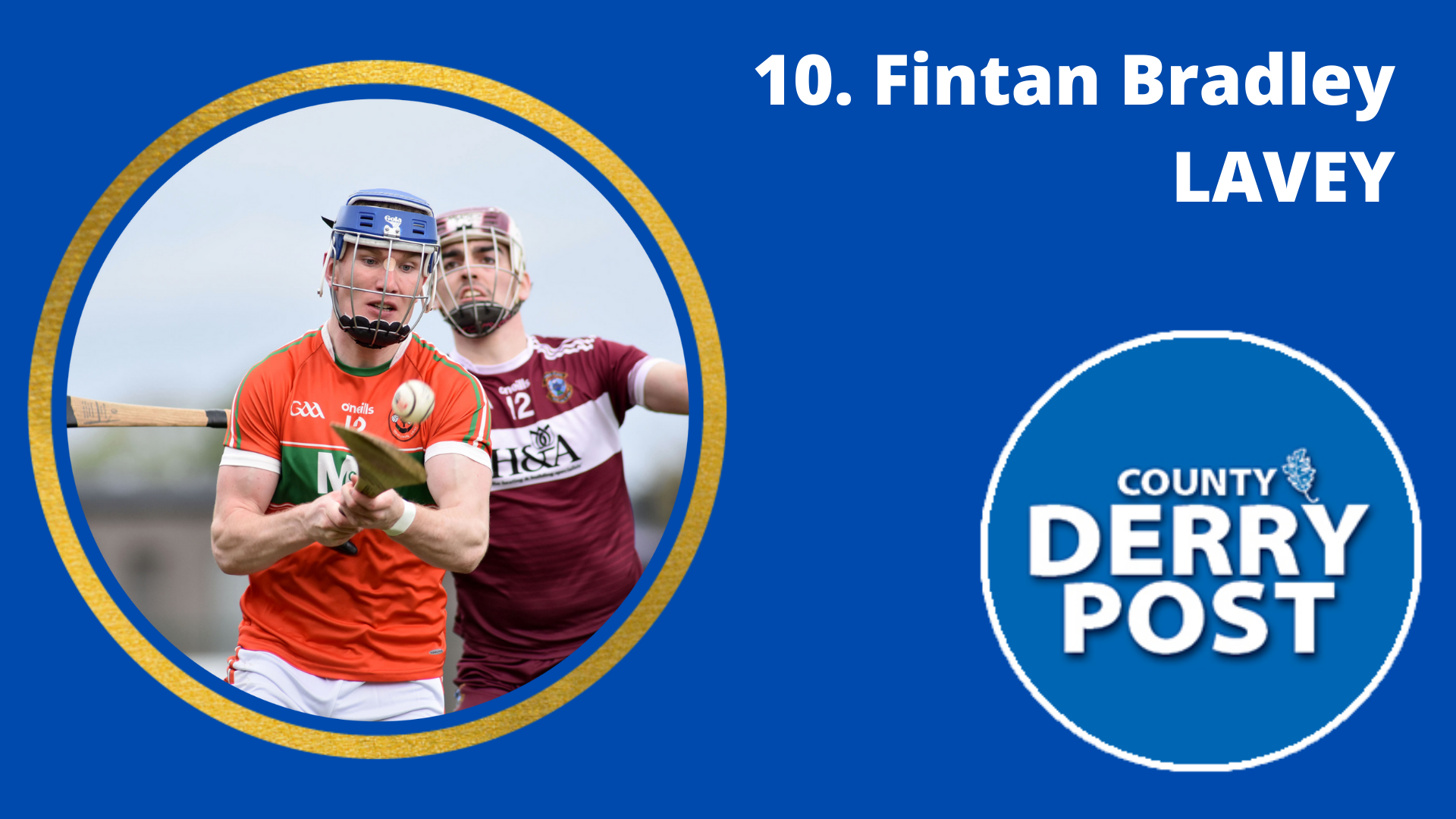 Top-scoring with 1-4 in the county semi final win over Ballinascreen, Bradley was the man Lavey looked to to try and turn things around in the final defeat to Banagher, and his late free set a few St Mary's hearts fluttering. He has the energy and commitment to torture the most attentive half back, while his accuracy from frees ensures any discretions are punished. Pic by Mary K Burke. 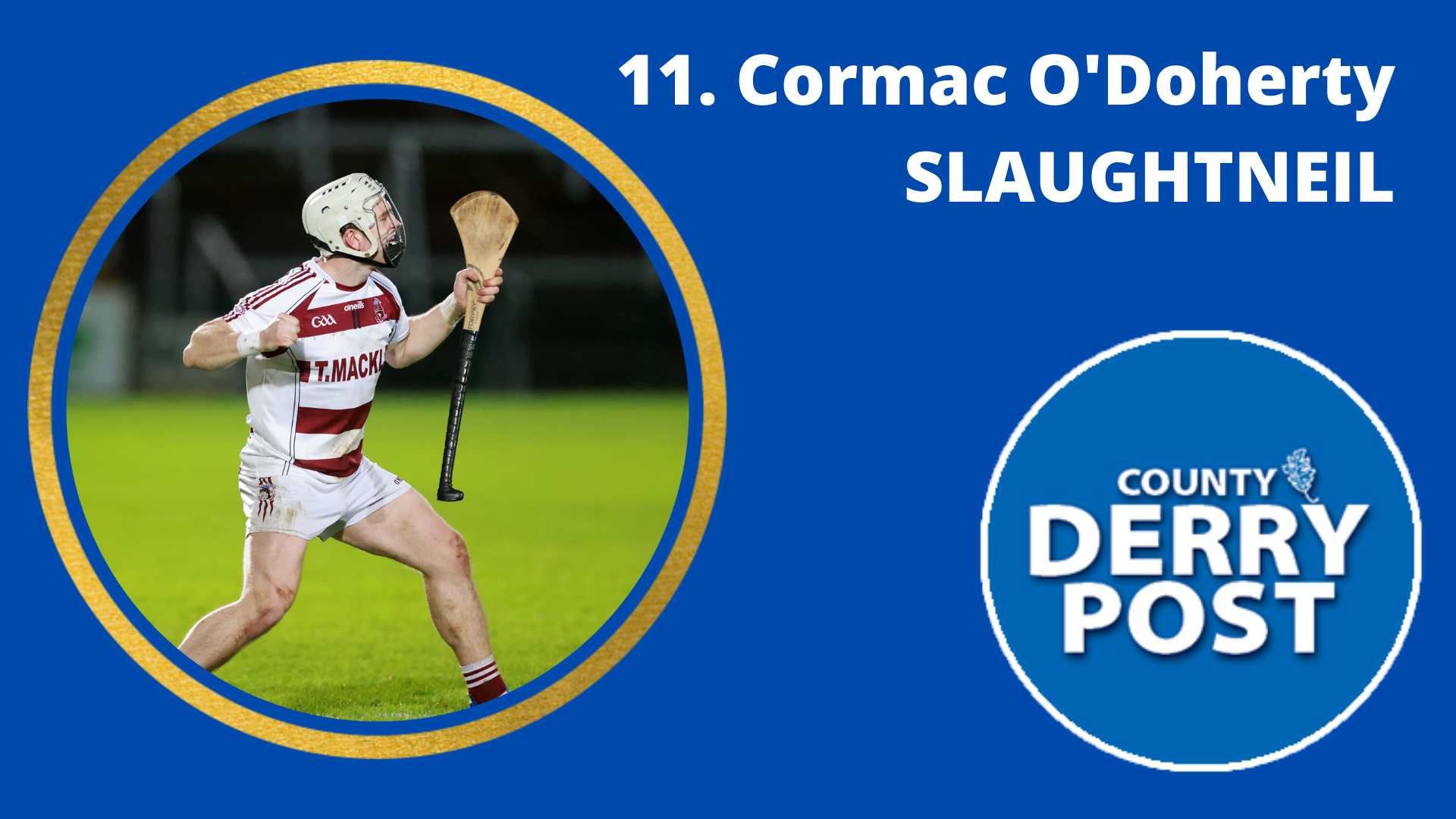 O'Doherty recovered from a shoulder injury to take his place against Dunloy and Ballycran, firing over frees and moving defenders around just as if he'd never been away in the first place. Whether supplying quality ball from deep positions, or slotting scores at the other end, journalists are advised to bring an extra pen where O'Doherty is concerned. Pic by John McIlwaine. 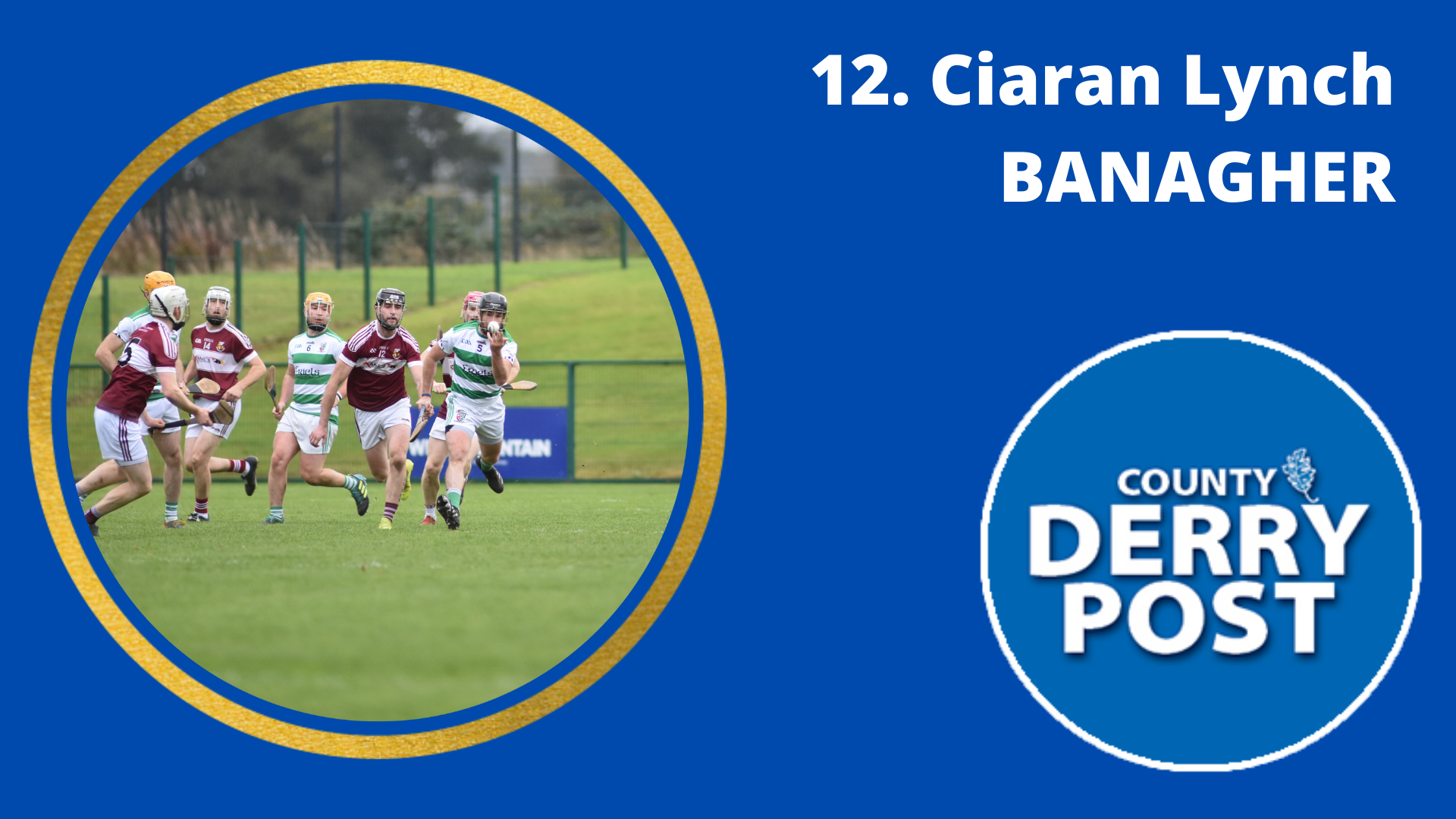 Lynch performed superbly in the county final win over Lavey, and was influential as Banagher dug deep in their semi final win over Swatragh. A passionate performer, his non-stop movement troubles defences and he has the composure and experience to find big scores at crucial times to help St Mary's over the line. Pic by Mary K Burke. 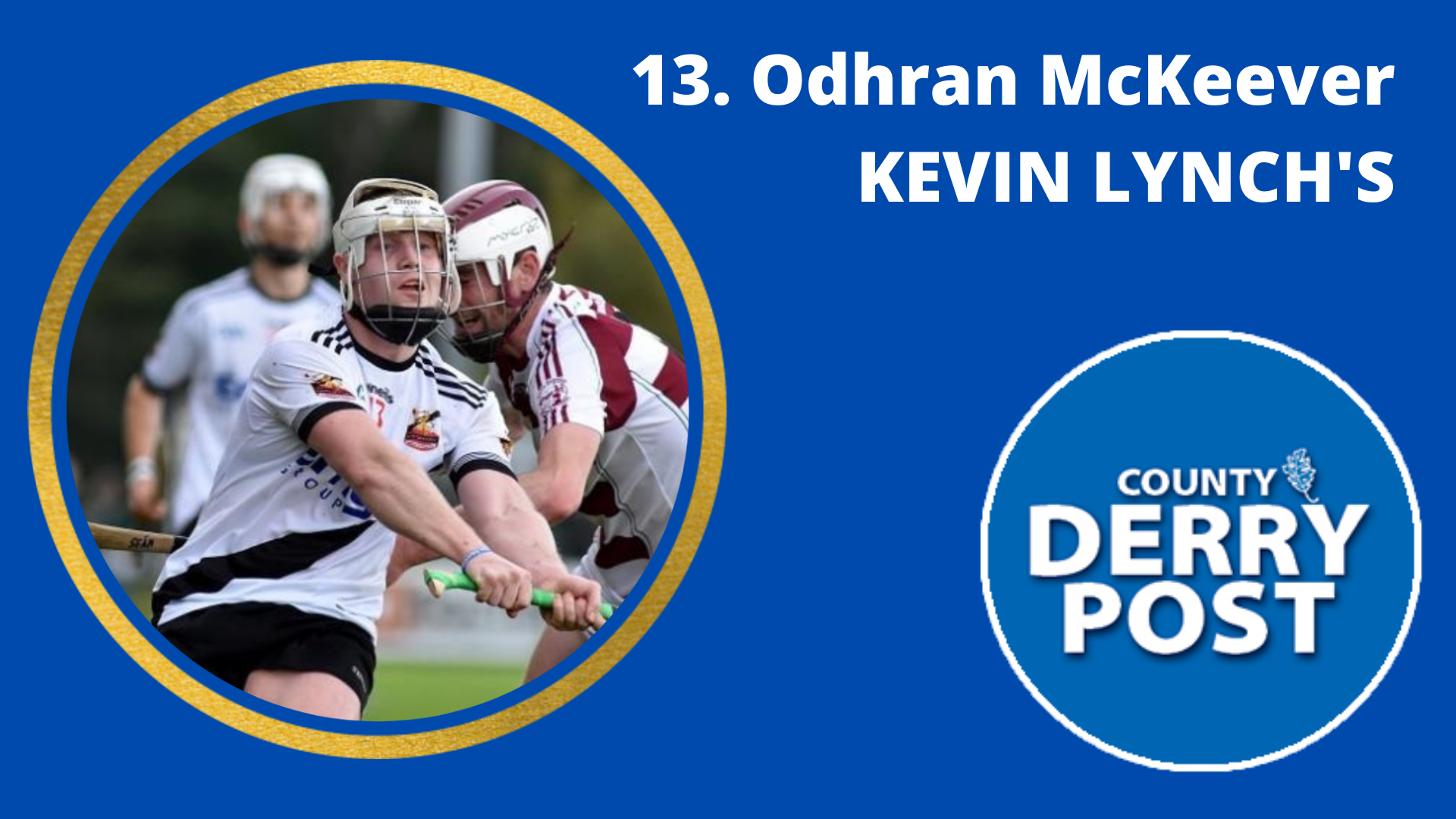 McKeever had another good season in both club and county colours, and was arguably Derry's intercounty player of the year. He showed both the physical presence to win his own ball and a keen eye for goal. Hit a point in the county final against a strong Slaughtneil defence and can look forward to another good season for both Derry and Kevin Lynch's. Pic by Mary K Burke. 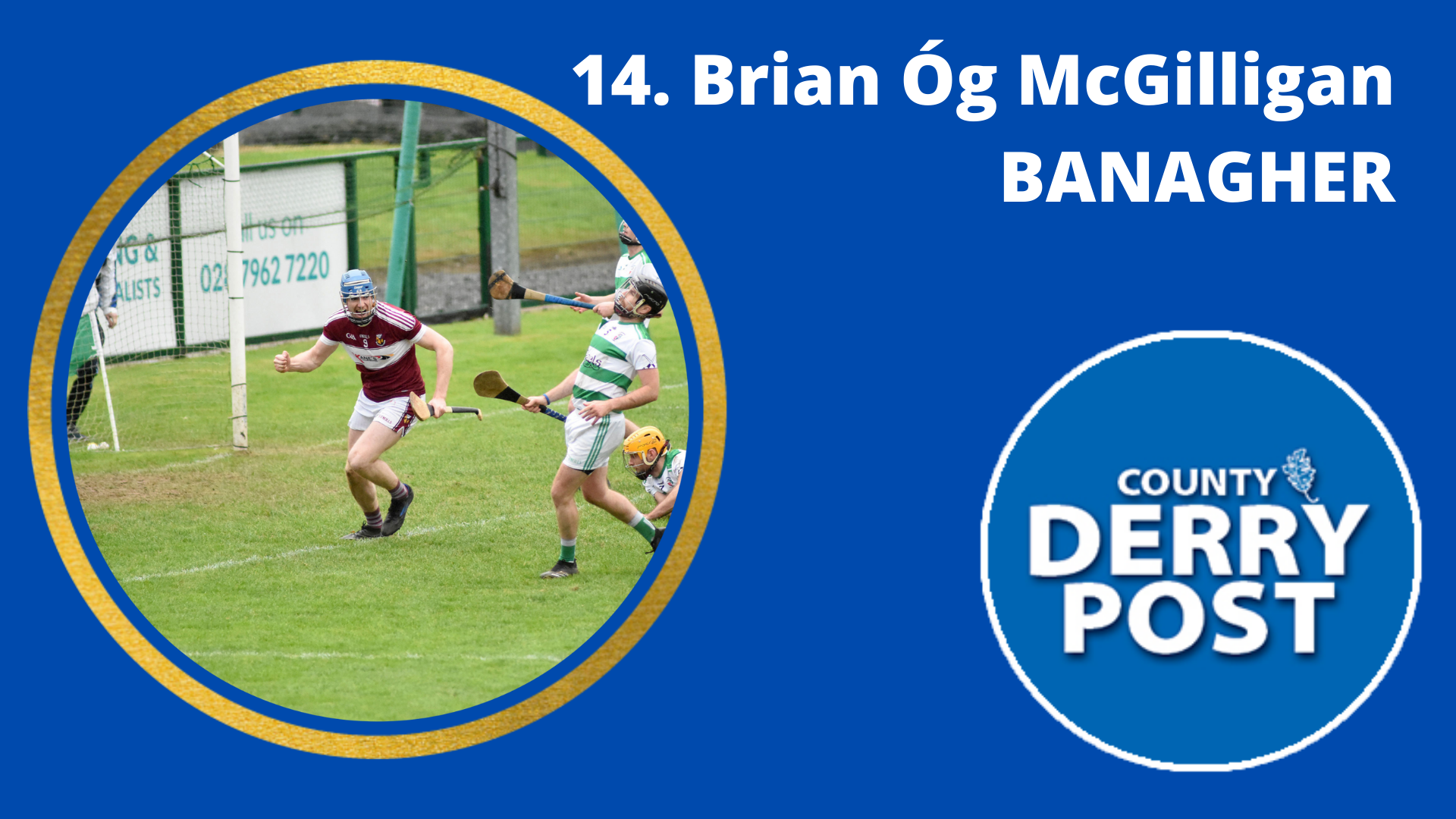 McGilligan racing off after scoring the goal that finally defeated Swatragh in the IHC semi final is an abiding image for the year. A real threat when he is moved inside, and equally when left around the middle of the field to allow his physicality and skill to win contested ball. If played at the edge of the square in their Ulster final, expect a titanic battle with Rory Porteous. Pic by Mary K Burke. 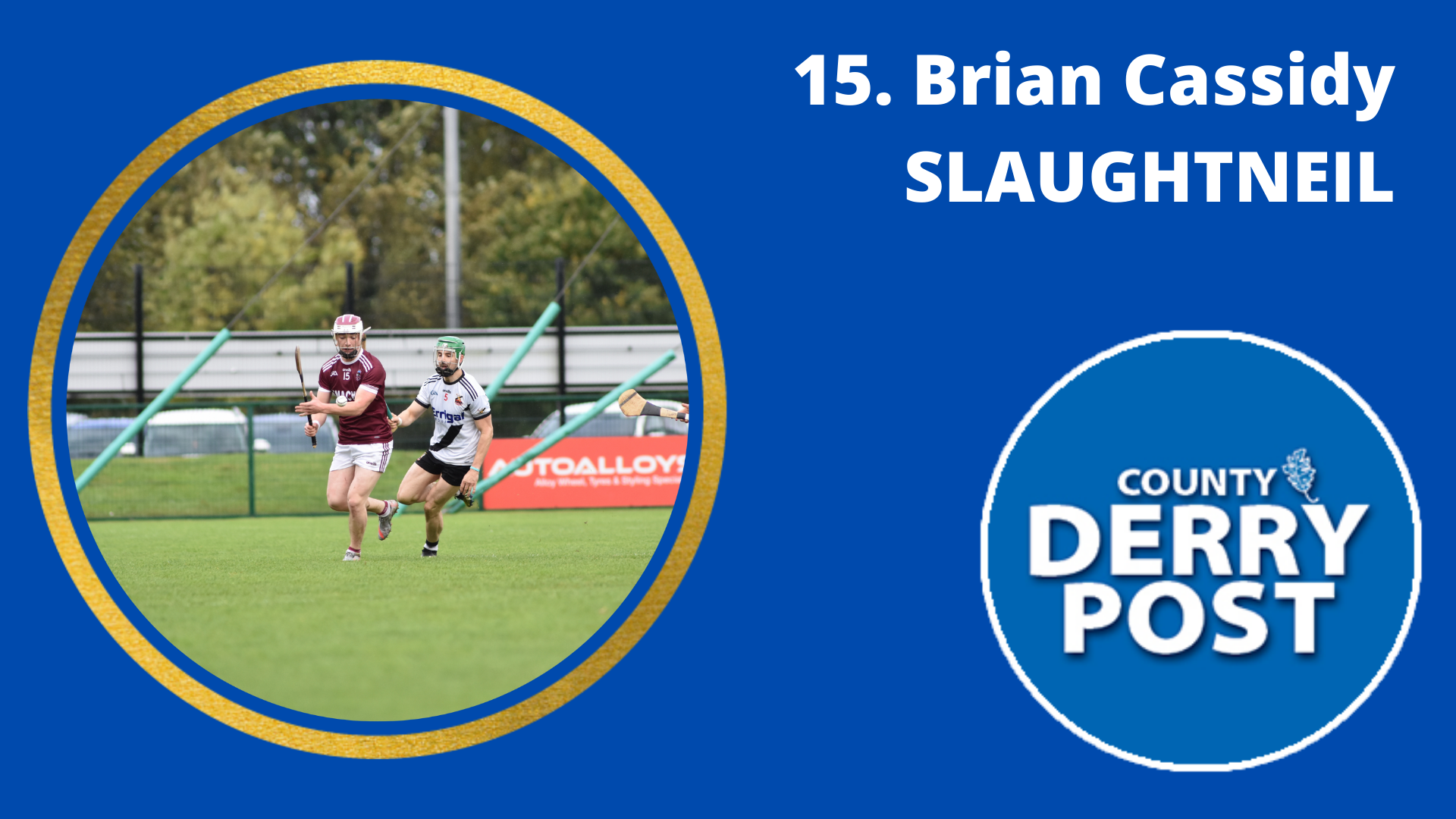 Rogers' goal against Dunloy caught the eye, but the strength and composure shown by Cassidy to catch the ball, hold off Ryan Elliott and pop it to Rogers while on his knees deserves recognition. Often described as the unsung hero of the Slaughtneil attack, Cassidy's industry and clever movement are the key that unlocks even the most tight defence. Pic by Mary K Burke.

Who has made the cut for the junior football final XV?
ADVERTISEMENT - CONTINUE READING BELOW