Clubs had their grounds in pristine condition for the return of collective training.

“For us, as new management, it's probably more important for us to get to see the players and get to know them,” he said.

“It'll be tough on us to be able to operate in a three-week block of training before we go into the first game, but we'll come up with solutions as best we can.”

With the return to training came the immediate announcement of the intercounty fixtures schedule for 2021, with the county's flagship senior hurling and football teams to commence championship in June. 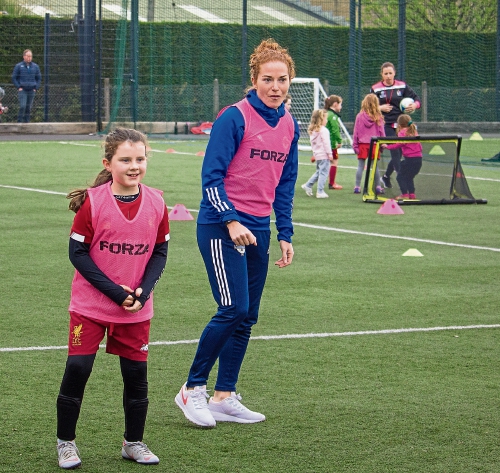 County Derry women featured prominently as Northern Ireland qualified for the 2022 European Championships in England with a win over Ukraine.

Magherafelt native Simone Magill's goal had helped the side to a 2-1 win in the previous leg, while manager Kenny Shiels and players Chloe McCarron and Sarah McFadden also from County Derry.

Marissa Callaghan visited the club for their first ever senior ladies session, and stressed the importance of young girls having female role models.

Kilrea rally driver Josh McErlean ended the month by continuing his meteoric rise in the sport with a third-placed finish at the Olympus Rally in Washington, USA.

Josh told the County Derry Post it was a 'crazy experience'.

“I enjoyed every minute of it and to come away with a podium finish against the likes of Travis Pastrana and Ken Block is phenomenal,” he said.

“The highlight was definitely winning the most technical and difficult stage of the rally. I will remember this one for a long time.”