REACTION: O'Neill delighted with yet another clean sheet

However, the Desertmartin manager says his side can still improve. 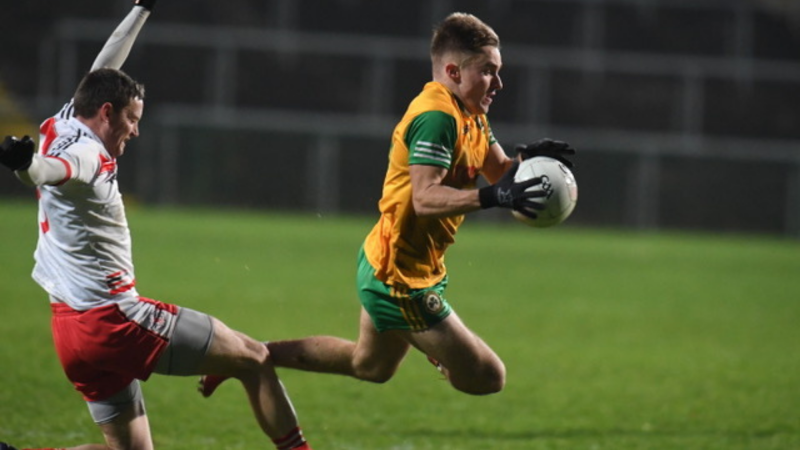 Action from the Ulster JFC quarter final on Sunday. Pic by MonoPix.

Desertmartin manager Kevin O’Neill was delighted with another clean sheet as the Derry champions marked their Ulster debut with a win and a ‘decent’ performance.

St Patrick’s Donagh had scored 40 goals in their previous 18 outings, but the door was closed in their face by a defensive structure that has now conceded just a mere 0-5 points a game.

“If I’d been offered that this morning, I’d have bitten your arm off for it,” Kevin O’Neill told the County Derry Post of their sixth consecutive championship shut-out.

“It went a long way to help us come out on top in that game.”

Goalkeeper Aidy McGuigan was called on to make a 50th minute block to deny Ryan Kelly, but otherwise it was a routine afternoon.

While Lachlan Murray and Gavin McGreevy were on target at the other end, it was the stationing of Gregory McGovern in his customary sweeper role that laid the foundations for the plan to curb the threat of full-forward Brian McDermott, who had bagged seven goals in the last three Donagh games.

All during the Derry championship, Desertmartin played the same system of play.

Even in games they won comfortably, it was used to tune them for a bigger test when it presented itself.

PREVIEW: Desertmartin looking to make the most of Ulster opportunity

Manager Kevin O'Neill says there has been a 'buzz' about training recently.

Looking back, O’Neill admits his plan was for the long haul. If they emerged from Derry, a county champion elsewhere was going to be well-equipped.

“If teams have got this far, they are going to have a good inside line,” he outlines. “It is important to practice that style of play, even if it is maybe not fully necessary. 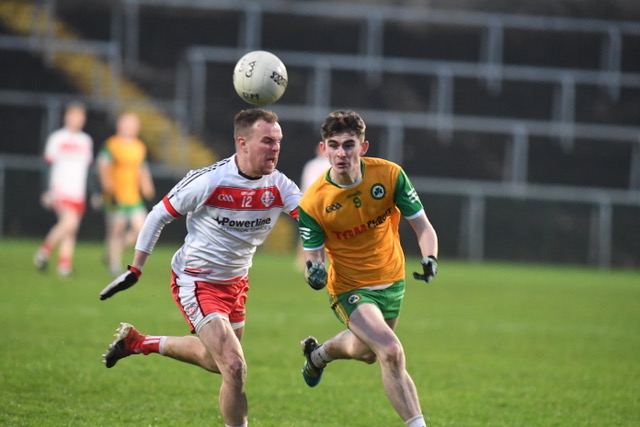 Gavin Donnelly was singled out for praise by O'Neill. Pic by MonoPix.

O’Neill was also happy with the performance of Gavin Donnelly, who put former Fermanagh star Eamon Maguire on the back foot enough to curb any attacking threat.

On the other hand, he was ‘a bit disappointed’ at how his side allowed Kelly into a one-on-one situation late on, but acknowledged it was never going to be a ‘perfect performance’ in their first game in Ulster.

“All the negatives out of this game, we can use as positives for the game (against Cavan champions Denn) in two weeks and we’ll try and work on them as best as we can,” O’Neill said.

“We played in spells and that is a bit disappointing, so they are the things we have to improve on for two weeks’ time.”