Pearse's brought the title to the Bann valley with a win over Castledawson. 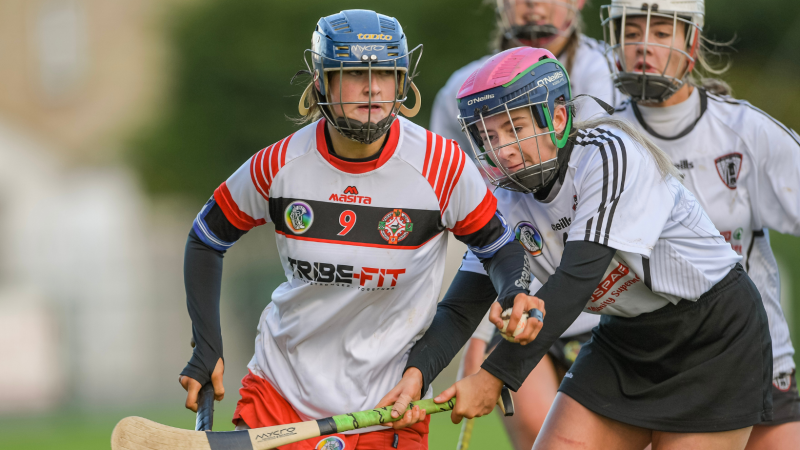 Action from Kilrea and Castledawson. Pic by Cathal McOscar Photography.

Two goals in the closing stages of the first half proved the turning point of the U18 (12-a-side) minor camogie final as Kilrea overturned the Castledawson lead to take the title.

Pearse's opened the scoring from play after just two minutes, with Castledawson responding through a 4th minute free.

The St Malachy's girls were then rocked by the first Kilrea goal as Clodagh McAleese found the net in the 10th minute, before extending their lead with an Abi McNeill point on 21 minutes.

Almost immediately, Castledawson found the net themselves to close the gap to 1-2 to 1-1, and St Malachy's made the most of their momentum.

A further brace of points, the second from a free, saw them push into a 1-3 to 1-2 lead, but Pearse's responded emphatically.

The Kilrea girls rattled home goals from McNeill and McAleese to completely overhaul the scoreline and enter half time with a 3-2 to 1-3 lead.

Castledawson fired over two early second half points to close the gap to three points, but Kilrea responded through Clodagh McAleese, Eimear Maguire and Blathnaid McLaughlin to pull away again.

The champions then outscored their opponents by 0-5 to 0-1 during the closing stages to take home the title.