Shane McEleney is back at Derry City after six years away!

Defender signs a one-year deal at the Brandywell 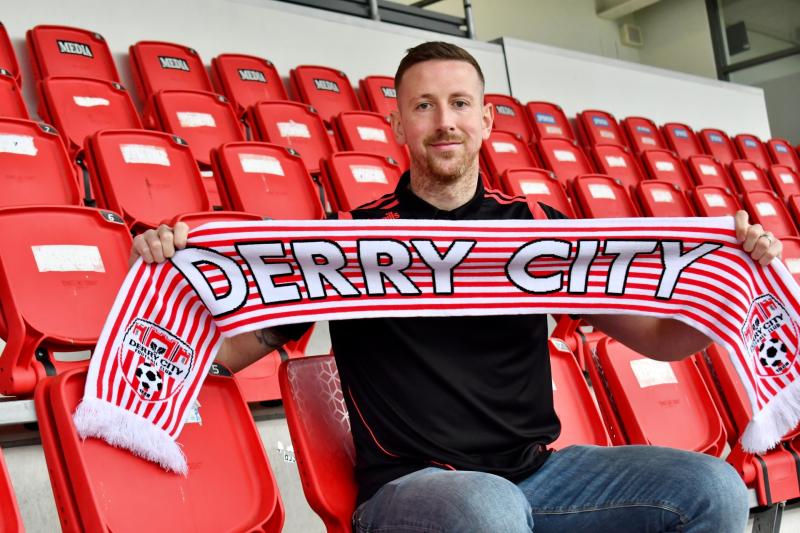 Shane McEleney is back at Derry City. Pic by Kevin Morrison, Event Images

Shane McEleney is back at Derry City after six years away.

The 30-year old made 183 appearances for his hometown club between 2009 and 2015 – picking up a First Division winners medal in 2010 and an FAI Cup winners medal two years later. Spells at St Pats and Larne were split by a year in Canada at Ottawa Fury before McEleney then arrived at Ballybofey.

“Shane has just come off the back of a really impressive season with Finn Harps where we’ve watched him closely on a number of occasions," Ruaidhri Higgins said.

“He knows the club, he knows the league and has great experience. There’s no doubt that we need competition in every area of the pitch if we want to be competitive with the top teams in the country. Shane has a lot of the attributes we look for in a player in his position and we are delighted to be bringing him to the club.”

Shane joins brother Patrick, Will Patching, Michael Duffy and Brian Maher as the new signings at the Brandywell.