Michael Duffy feels that his 'best days are still to come'

Derry man delighted to be a Candystripe again 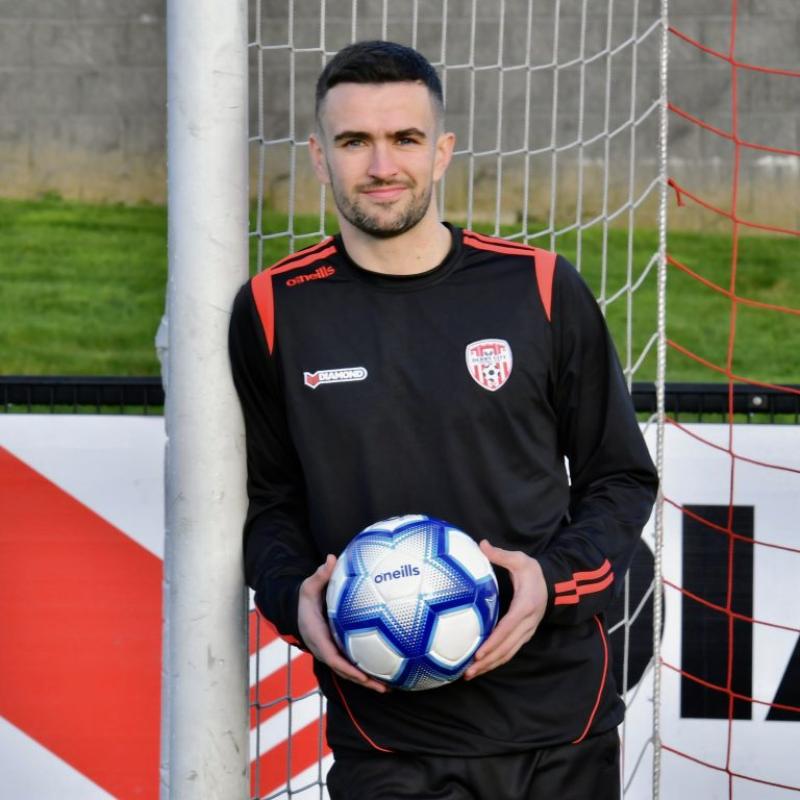 Michael Duffy is a Derry City player once again. Pic by Kevin Morrison.

Michael Duffy believes he can still have his best days at Derry City, despite his incredible success at Dundalk.

The 27-year-old has signed a four-year deal with his hometown club, returning for a second spell after leaving for Celtic in 2015. Duffy returns a much more experienced player having been part of a dominant Dundalk side over the last five years, where he won two league titles, two FAI Cups and two Leagues Cups.

“I can still see myself having my best days here,” he said. “There will be pressure on is, I get that, but we need it really. Because of what we’ve done at Dundalk we’re going to get that, but I’m confident in myself and I’m sure Patrick(McEleney)   is too that we can come back and do well. I enjoyed good days down at Dundalk, but I feel I can have the best days of my career here.”

“We used to speak about what it would be like to come here and win stuff. I know I’ve won a lot down in Dundalk but I think if I came back here and won the league it would top the lot.”

Duffy made 80 appearances with Derry and scored 20 goals before going to Celtic at the end of 2014, and he admits he is excited to pull on the red and white jersey again.

“It looks good at the minute,” he continued. “Ruaidhri has taken over this year and he has done an unbelievable job. To come in and get fourth spot was brilliant. Just the building around the club, it’s exciting, the fans are excited and I just can’t wait to get started now.

“I had a lot of my better games for Dundalk here. I don’t know if it was just because it was the Brandywell, but I can’t wait to get back in the Derry colours and hopefully I van get back scoring goals and setting up goals here.

“I have a lot of experience now being away. A lot of the young boys have done well this year when they’ve played so I’m going to be a leader that way and hopefully I can show them along.”