Trip to Tullamore for injury-ravaged Derry 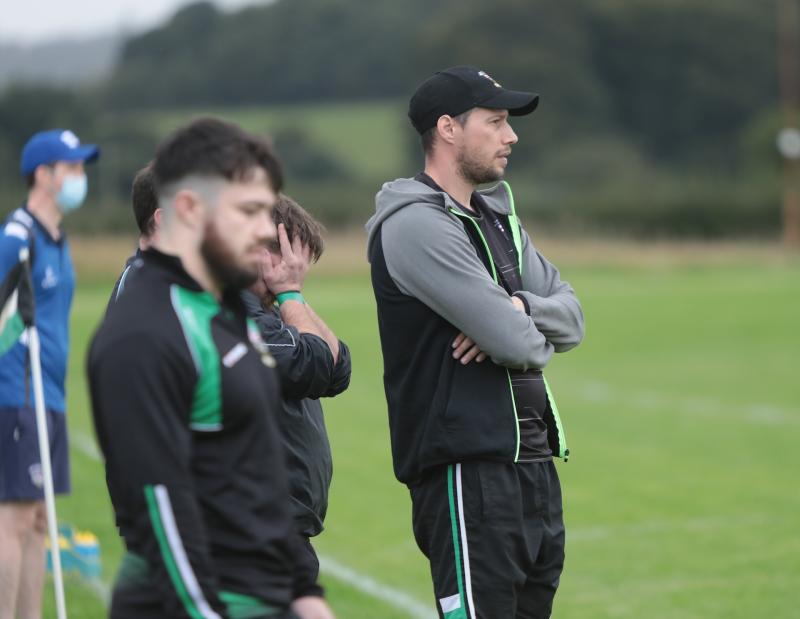 City of Derry kick off their All-Ireland 2C league campaign today at Tullamore and despite a challenging few weeks for everyone at the club, there is still plenty of optimism.

Four defeats and even more injuries have given coach Richard McCarter plenty of headaches, and the club veteran admits he has never quite seen anything like this in his time at Judges Road.

“In terms of injuries and bad luck not really, no,” he admitted.

“Anything that can go wrong has gone wrong in terms of injuries and we just haven’t really caught a break. There’s no point dwelling on that, we have to continue with what we’ve been given and keep trying our best under the circumstances. We have a bit of positivity on the injury front this week so we’re hoping we can get a stronger back line together and attack the game with more positivity.”

It will be hard to shake the Ulster League losses of recent times, particularly the heavy home defeats to Bangor and Omagh. But McCarter believes they have to put that all behind them as they prepare for the bread and butter of the All-Ireland for the first time in 19 months.

“We have probably gone through every emotion in the last four games in the Ulster League but even if we had won all four all those, it sort of counts for the same because no-one judges you on your Ulster League results, it’s all about the All-Ireland,” he explained.

“We just have to see this as a fresh start, draw a line under what’s happened and just be really positive this week. We’re away from home which is always difficult, but it means that we can go down there relatively pressure-free and just have a good crack at it and you just never know what can happen if we stay in the game and get off to a decent start.”

So much has changed since Derry’s last All-Ireland game, which was coincidentally against Tullamore back in February 2021. That day at Judges Road, the home side came out as 26-5 winners, but that seems a different world to now, with new management, a new squad and new challenges.

“It’s notoriously difficult to win away from home in the All-Ireland,” McCarter added. “That maybe concentrates us a bit better but regardless we have to go down there and see this as a fresh start. If we can get off to a good start and quiet the home crowd, they become jittery and our tails can go up, so it’s important we try to get off to a good start and maintain that.

“It’s probably a fairly different team which will go out to the one which played them 18 months ago. We have got to be happy with the squad we’re taking down; I have full confidence in those boys and see how we get on.”

Given the circumstances, it would be impossible to predict how the season might go for City of Derry, and McCarter hasn’t even thought of setting a target, especially after coming through the last few weeks with plenty of collateral damage.

“Genuinely I don’t have any targets,” he said. “We are just going to take every game as it comes; I have learned in the last six weeks that anything can happen. I don’t want to put pressure on the players. We’ll focus on Tullamore this week then it’s about Enniscorthy next week.”