Jack Oliver finishes on the podium on his racing debut 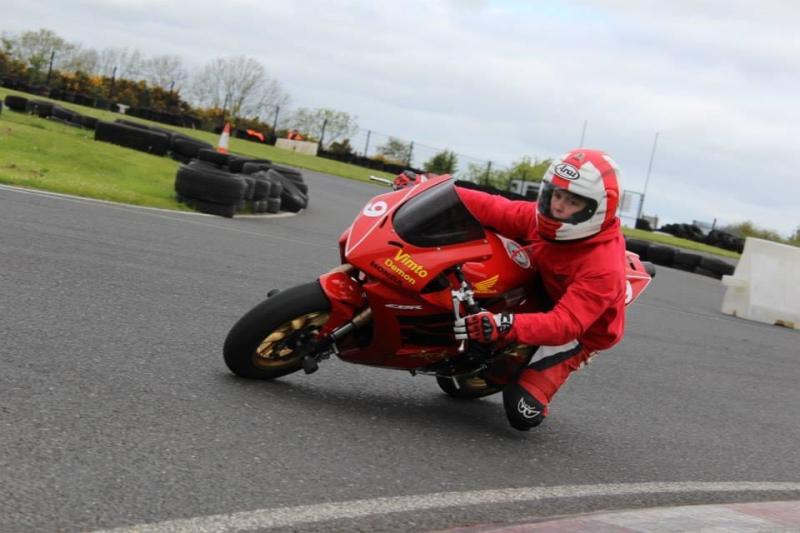 Jack Oliver finished on the podium on his racing debut.

It was a weekend to remember for Limavady's Jack Oliver who finished on the podium on his road racing debut.

The 19 year-old was in action at the Armoy Road Races and despite the tricky wet conditions, finished an amazing second in the Sunflower Trophy.

Jack is part of a three-man team – which includes his father Tommy and brother Robbie - and he races on board a TJR racing ZX6 which has a completely stock engine.

He led the race for six out of seven laps until he was passed by the power disadvantage.

Jack Started riding a mini stomp 140cc at the age of 13 and moved to a 125cc a year later and joins a small band of riders to get on the podium at the first time of asking.

He also rides in the super sport pro class at Kirkistown and Bishopscourt and has aspirations of racing in the Dunlop masters at Mondello Park.

Jack has been in love with motorcycles all his life after starting at the age of four with his father.

Jack can now continue chasing his dreams of becoming a top road race. With youth on side, he has started on the right foot. His next focus is the Cookstown 100 which is at the start of September.

The incident occurred in the early hours of Thursday morning.
ADVERTISEMENT - CONTINUE READING BELOW