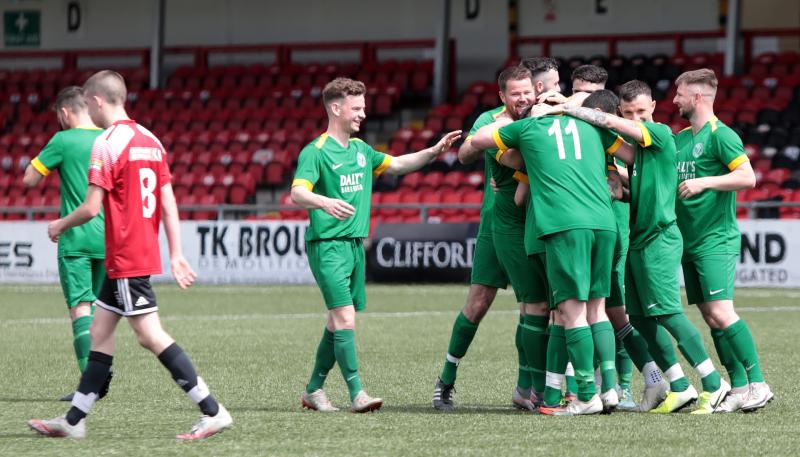 Foyle Harps and TOTHC will meet at the Brandywell

Foyle Harps vs. Top of the Hill Celtic

Foyle Harps and TOTHC will battle for the Terry Kelly Cup in a highly-anticipated cup final at the Brandywell today.

Harps are hoping to make it a cup double in the 100th season of the D&D, just weeks after defeating Maiden City to win the McAlinden Cup. They reached today’s final by defeating Creggan Swifts 4-1 on Thursday night and are in exceptional form heading into today’s game.

TOTHC however, have players capable of winning any game and they will fancy their chances of upsetting favourites Harps. They defeated Don Boscos last Sunday and followed that up with a narrow 1-0 victory over Gold Swifts on Thursday to reach today’s final.

Terry Kelly himself was a giant in local football circles having been one of the founding members of Don Boscos Football Club almost 50 years ago.

As well as that Terry Kelly was the captain of Derry City FC when the club returned to senior football in the league of Ireland under the management of D&D chairman Jimbo Crossan and its fitting that 2 top sides who have served local football for many years play for the honour of Terry Kelly Cup winners.