'Will has proved a point at Derry City' 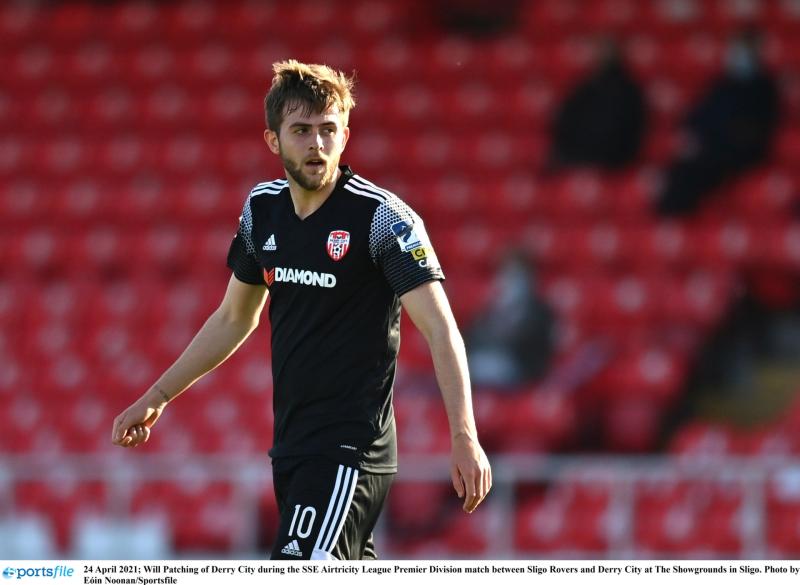 Will Patching has been Derry City's best player this season.

Patrick McEleney insists that Will Patching would be welcomed back to Dundalk with open arms should the midfielder return to Oriel Park next month.

Derry City’s talisman this season, Patching is the club’s joint-top scorer with Cameron McJannett on 4 goals, and leads the way for assists in the league with 6. He has been involved in 10 of 14 goals scored by the Candystripes this season and has achieved all this in just 13 games with the club.

Patching’s form has not gone unnoticed by his parent club Dundalk however, and it is looking increasingly likely that the 23-year-old will be recalled to the Lilywhites at the end of his 6-month loan deal at the Brandywell.

Dundalk have been a club in turmoil on and off the pitch this season, and currently sit in seventh place in the Premier Division, a massive 14 points off league leaders Sligo Rovers. Caretaker boss Jim Magilton recently warned his players that there would be a clear out at the club unless results improved, and he now wants Patching back at the club to increase competition within the squad.

That is very bad news for Derry City, but good for Dundalk; McEleney, who played with the midfielder last season, knows how important Patching has been for his home town team.

“I’m not surprised to be honest because I think he’s an unbelievable player,” he said. “The time he was with us he didn’t really get an opportunity but he has now at Derry and it has worked out well for both parties. He has done himself a big favour and that’s fair play to him because he could have given up but he didn’t.

“From the players’ point of view, we all loved him and knew how good he was and we know what he’s capable of.

“He has been brilliant, and being from Derry, I would speak to my friends who would watch a lot more than I would at times and everybody has agreed he has been unbelievable. The players at Dundalk know how good he is so it’s no surprise to us.”

The Candystripes face a difficult June as they play Bohemians, Finn Harps and Sligo Rovers before travelling to Dundalk at the end of the month. Patching will not be involved in that game due to the loan agreement between the sides, meaning he will likely play just three more games for the Candystripes.

McEleney believes that Patching has proved he is good enough to play for Dundalk.

“Knowing Will, I knew he would want to prove a point, and you could see that even in training with Dundalk,” he continued. “He has obviously gone and done the business, and fair play to him, but I didn’t doubt him for a second.

“His technique on the ball and his ability to hit free kicks as well as his calmness on the ball, especially in the final third. It’s okay having calmness in your own third, but when it’s helter-skelter in the final third he is able to calm it down and that’s a big skill to have. He didn’t play for Man. City for no reason obviously.” 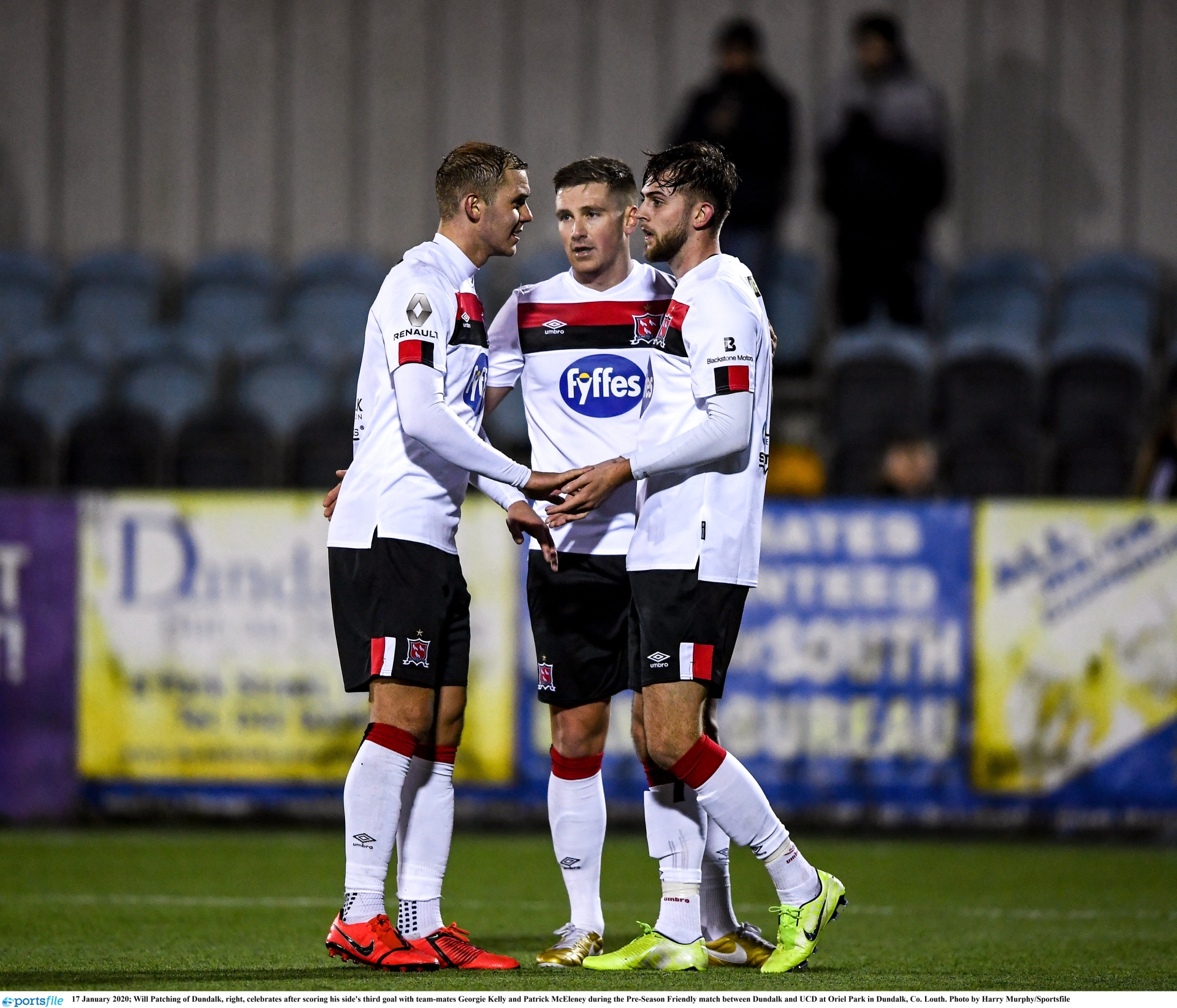 Nothing has yet been confirmed with regards Patching’s contract, which has only six months to run at Dundalk, but it appears that he will spend those final months back where he started.

“I can’t speak on behalf of the club or on behalf of who is making the decisions, but we would be delighted to have him back,” McEleney admitted. “He’s obviously an unbelievable talent, and for footballers who try and play the way I play it’s brilliant for me too, so hopefully now he can kick on with us if that’s the case.

“He would be welcome with open arms at the minute because all the players know what he can do so it would only be a good thing.”